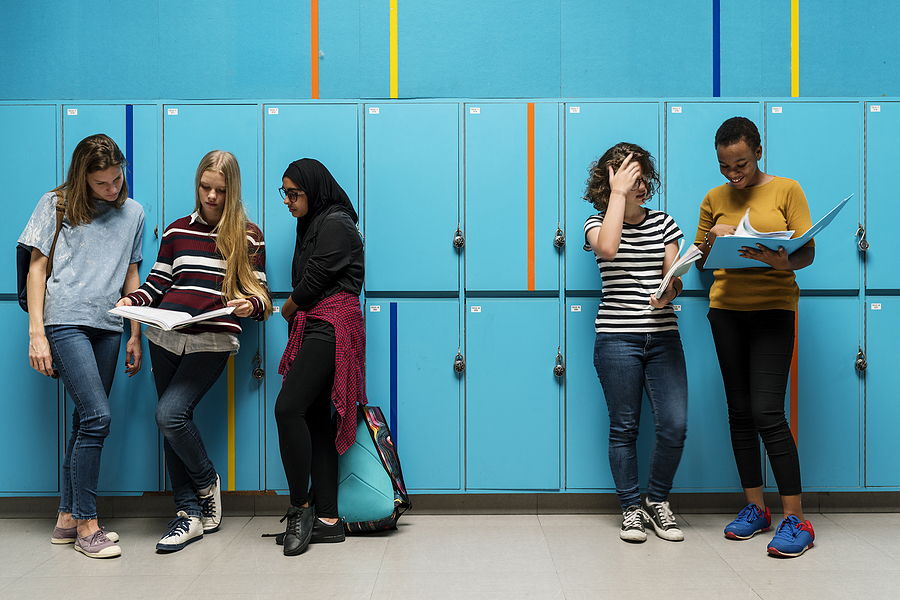 But for all the hard work and stress, economists have found that elite schools don’t really help students academically any more than their less prestigious counterparts.

That appears to be just as true for students from more disadvantaged neighborhoods, according to a paper in the October issue of the American Economic Journal: Applied Economics.

“We thought that if these types of schools were going to matter, Chicago would be where they should matter,” Barrow told the AEA in an interview.

Since we didn't find evidence that they're doing much better with students in terms of academic outcomes, you could think that we should be focused more on investing in climate at all high schools.

Previous research has found that the elite exam schools in Boston and New York have little to no impact on test scores or college enrollment for typical students.

These studies compare students just above admission cutoffs to those just below them, using a technique called regression discontinuity design.

The authors’ paper expands on that previous work to focus on placed-based affirmative action policies.

Chicago Public Schools (CPS) admitted students based on race from 1980 until 2009—when a United States federal court lifted a consent decree that ordered schools to desegregate. Removing race as an admissions factor raised concerns that the selective schools would primarily serve affluent students and undo their racial diversity.

In the fall of 2010, CPS established a new admissions policy that reserved seats separately for students from low- and high-socioeconomic neighborhoods.

The authors compared students just above and below admission cutoffs within these neighborhoods tiers. Their data included the enrollment records, test scores, and transcripts for over forty thousand students from 2010 to 2014.

First, the researchers found that the highly touted schools didn't raise GPAs, regardless of background. However, disadvantaged students admitted to elite schools had slightly worse GPAs than their counterparts who just missed the cutoff. At the same time, they didn’t score any lower or higher on standardized tests like the ACT.

The authors suspected this was because grades at elite schools are a relative measure. This is concerning because the lower GPAs appeared to decrease their chances of getting into a selective college.

A cut above?
The chart below shows the impact of Chicago's selective high schools on 11th graders' GPAs and the likelihood of going to a selective college. Tier 1 neighborhoods have the lowest socioeconomic status, and Tier 4 neighborhoods have the highest socioeconomic status. Zero on the x-axis marks the cutoff for admission. 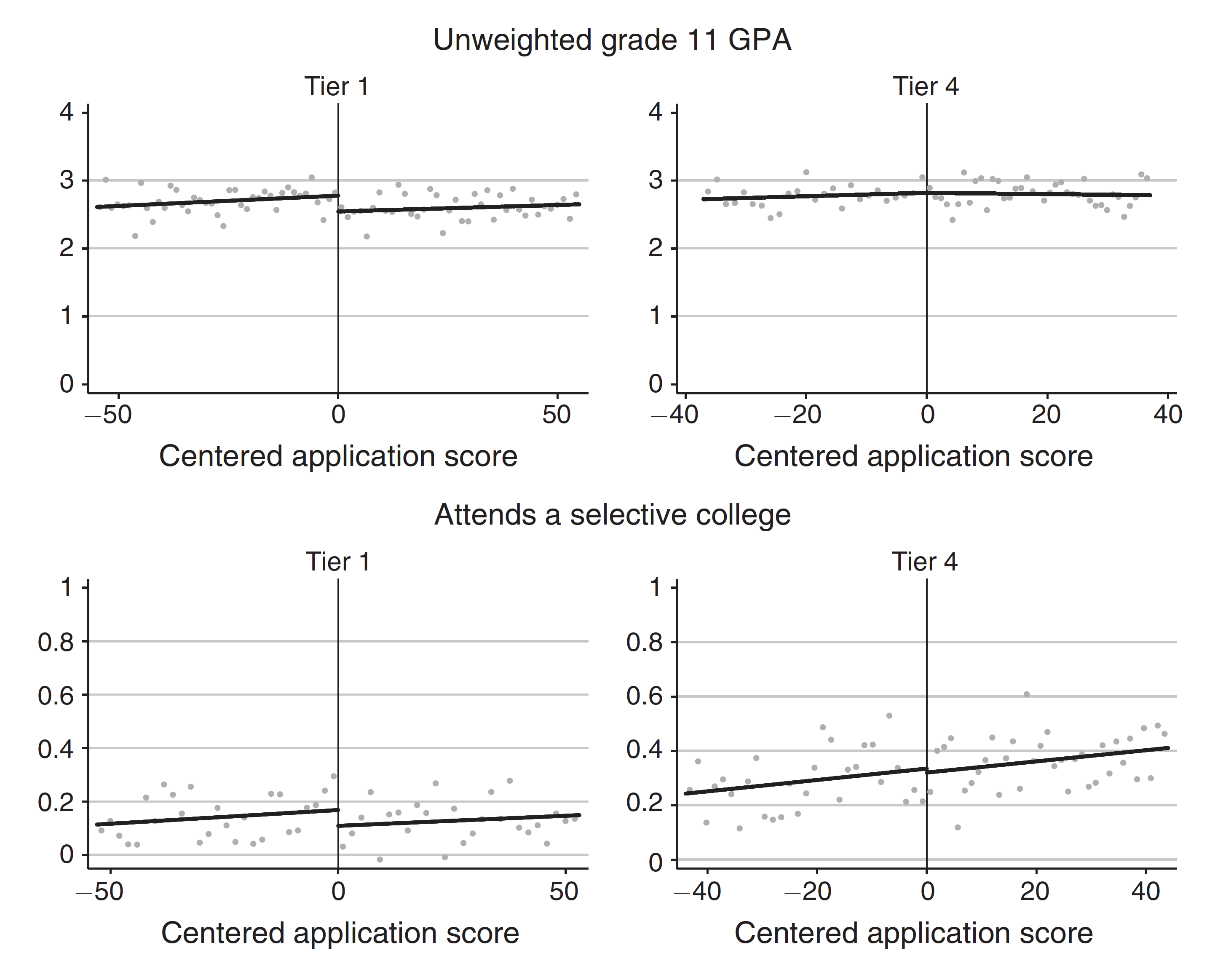 However, poorer students at elite schools felt they had better relationships with their peers and faculty and felt physically safer—a number-one concern among those surveyed.

The authors’ work puts the enormous amount of competition to get into selective schools in a new light. And it suggests that administrators should focus more on the school environment, like anti-bullying policies.

“There is an inordinate amount of stress and test prep in trying to get into these schools,” Barrow said. “Since we didn't find evidence that they're doing much better with students in terms of academic outcomes, you could think that we should be focused more on investing in climate at all high schools.”