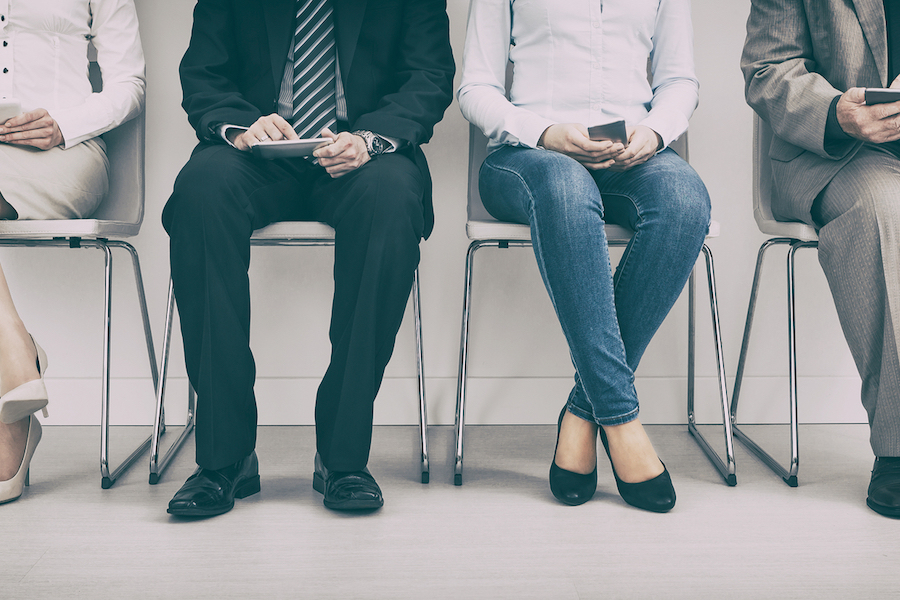 Affirmative action policies have been around for decades, and they have been surrounded by controversy for just as long. Affirmative action tests poorly in polls and is under continual challenge in federal and state courts. In the face of such opposition, advocates tend to pitch affirmative action as a temporary fix that they hope will eventually become unnecessary.  But can a temporary program really reduce racial gaps in higher education and the workplace in the long run, or will discrimination and racial disparities emerge again once policies disappear?

There’s reason to believe a temporary affirmative action policy could be useful, based on an understanding of discrimination in hiring as a vicious cycle. If one disadvantaged group has less education on average than the rest of the population, companies and schools will doubt the qualifications of members of that group, a form of prejudice known as statistical discrimination. Members of that group in turn will have little incentive to invest in themselves and prepare for the job market, knowing the discrimination they will face.

Under this theory, affirmative action policies can disrupt the old equilibrium and encourage members of the discriminated group to pursue more education in hopes of finally getting good jobs. This leads to a change where education levels are no longer so disparate, reducing the motivation for discrimination in the first place.

There is mixed evidence for how well affirmative action works in breaking this cycle, but either way the statistical discrimination theory doesn’t account for how employers change their behavior or mindset when they are required to address hiring disparities. A new study appearing in the American Economic Journal: Applied Economics offers a different explanation for how affirmative action could be helping eliminate racial gaps in hiring, even after those policies are no longer in place.

Author Conrad Miller studies firms that served as federal contractors between 1978 and 2004 and fell under the purview of Executive Order 11246. This sample includes a range of companies, from a major defense contractor building fighter jets for the U.S. Air Force to a small family-owned company providing janitorial services at a local Bureau of Land Management office.

After affirmative action policies end, the changes can stick
Gains in the black employment share for companies that became federal contractors and came under affirmative action regulations. Black employment grew not only while firms were under regulation but also after their contractor status had ended and the regulations no longer applied.
Source: adapted from Figure 4 of Miller (2017)

Under this executive order, all federal contractors of a certain size needed to make efforts to address underutilization of minorities with “requisite skills in an area in which the contractor can reasonably recruit.” Companies were required to come up with written Affirmative Action Plans and track their progress in closing racial gaps. Companies that lagged behind could face the loss of a lucrative federal contract.

“To see that kind of persistence was pretty striking,” said Miller in an interview with the AEA. “If a firm is doing something prior to a regulation, presumably their behavior is consistent with whatever their objective is … Now if I turn off that [regulation], I expect them to revert back to whatever they were doing.”

But these firms seemed to have a long-lasting change. What made this happen? The standard statistical discrimination explanation shouldn’t work here. Black workers in a city wouldn’t be expected to suddenly get more education just because hiring policies changed at one tiny company.

It’s possible other factors were in play, like a change in beliefs or attitudes by hiring managers or job referral networks that reached into black communities for the first time. Miller focuses on a different explanation, what he calls the accumulation of “screening capital.”

The term “capital” might evoke big investments like an x-ray machine that scans job applicants to find the best one, but Miller is talking about more prosaic steps that companies can take. This could include new strategies to find good applicants in previously-untapped labor pools, like a high school on the other side of town or a college with a more diverse student body.

“It’s figuring out how to recruit and screen applicants from potentially new sources," explains Miller. “Are there teachers you need to talk to or administrators you need to know to find the right candidates or get the right position at a career fair?”

Once the upfront costs for these investments are paid – and hopefully producing a flow of good job candidates – there is no particular reason to forsake them when a firm ends its federal contract and no longer faces pressure to diversify its workforce. These one-time investments can permanently change how a firm does its recruiting, and change the face of its workforce.

It’s figuring out how to recruit and screen applicants from potentially new sources. Are there teachers you need to talk to or administrators you need to know to find the right candidates or get the right position at a career fair?

Professionalization of the recruiting process could also play a role. Rather than rely on word of mouth referrals in social networks that tend to be racially homogenous, a dedicated HR team might do a better job of outreach to different groups of people, and is probably more likely to be able to find good matches.

Despite the strong evidence that affirmative action has persistent effects, it’s hard to know if screening capital is indeed responsible. Right now the actual mechanisms and processes of hiring across different companies are mostly opaque to researchers. Miller hopes that, down the road, new data sources will make it easier for economists to understand how and why racial discrimination in hiring persists, and the best way to target policies to fix it.

The Persistent Effect of Temporary Affirmative Action appears in the July 2017 issue of the American Economic Journal: Applied Economics.