Why does the death rate increase during economic booms?

The mystery of pro-cyclical mortality 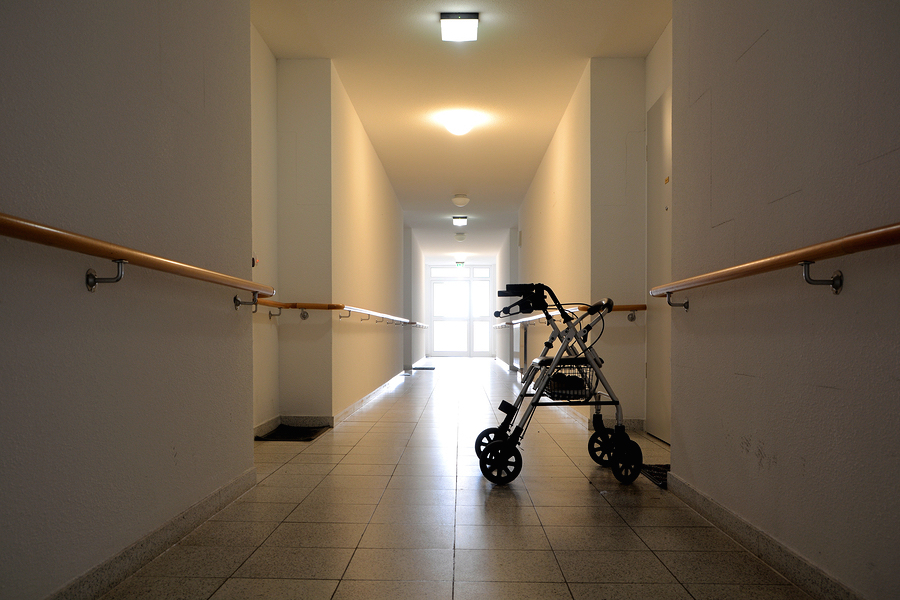 A nursing home in Magdeburg, Germany. The authors find that death rates in U.S. nursing homes respond sharply to changes in the business cycle.

It's been hard to find anyone with something good to say about the Great Recession, which gets blamed for millions of job losses, plunging home prices, and trillions in lost stock market wealth around the world. But it may have actually saved some lives.

In fact, researchers have been puzzling for years over data that show mortality rates seem to be pro-cyclical – that is, that they rise and fall along with the business cycle, dipping in recessions and rising during economic expansions. This pattern, observed across many countries, runs counter to the extremely well-documented connection between more income and better health, research showing that being laid off from your job is bad for your survival, and an intuitive sense that a healthier economy should result in healthier people.

Many theories have been put forward to explain the pro-cyclical mortality phenomenon, but little convincing evidence has been found for any specific explanation. A new paper in theAmerican Economic Journal: Economic Policy looks at detailed mortality data across different states and age groups in hopes of finding a culprit.

In The Best of Times, the Worst of Times: Understanding Pro-cyclical Mortality (PDF), authors Ann Stevens, Douglas Miller, Marianne Page, and Mateusz Filipski try to distinguish between two sets of theories: one that says that pro-cyclical mortality occurs because of changes in people’s lives as a result of changes in their own job status, and one that places the blame on environmental risk factors that intensify during economic booms.

The first batch of theories are based on the premise that having a job can be unhealthy. People have less time to cultivate their health during good economic times if they find a new job or see an increase in work hours (diet and exercise have been shown to deteriorate when the unemployment rate falls). Meanwhile, the mental stress or physical demands of a job may take their toll as well – smoking and obesity seem to rise during economic expansions.

The alternative explanation is that improving economic conditions affect the environment in some way that impacts everyone, even those who do not gain jobs themselves. An economy operating at full tilt will probably have factories emitting more pollution and more traffic on the roadways, both of which could lead to an uptick in premature deaths.

Economic boom times are more dangerous for some
A projection of the additional deaths associated with a one-percentage-point decline in the unemployment rate, by age and gender. Pro-cyclical mortality seems to fall hardest on children and elderly women.
Source: estimates reported in Table 2 of Stevens et al. (2015), CDC Wonder database

To distinguish between these explanations, the authors calculate the historical cyclical relationship of death rates for eighty five single-year age groups, asking in essence: how does the business cycle relate to the death rates of 13 year-olds? 57 year-olds? 82 year-olds? This allows them to construct an "additional deaths" metric that indicates the increase in deaths in each age group that would be predicted for a one-point drop in unemployment.

They find that the strongest pro-cyclical effects are found for the very young, adolescents, and the elderly, especially elderly women (see figure above). These groups are not likely to be in the work force to begin with – there probably aren’t a lot of toddlers or octogenarians getting laid off in an economic downturn – so this evidence undercuts the theory that pro-cyclical mortality arises mostly because of the effect of one's own employment status on health.

The authors hypothesis is that medical care quality may fluctuate along with the business cycle. Using place-of-death data from the National Vital Statistics System compiled from information reported on death certificates, the authors focus their attention on deaths that occur in nursing homes (about 20% of all deaths during the 1980s and 1990s). They find that the pro-cyclical pattern is about ten times larger in the nursing home setting; an extra percentage point of unemployment is associated with a 5% decrease in nursing home deaths. They also find that states with a greater proportion of the elderly living in nursing homes show stronger pro-cyclical mortality patterns.

Our findings help to resolve the tension in the literature between studies based on aggregate data . . . which document a negative relationship between mortality and unemployment, and studies based on individual data, which find that job loss reduces individuals' health.

One possibility is that the economy is not changing the quality of nursing home care but instead is affecting the size or composition of the nursing home population. In a recession when job opportunities are scarce, people might be more likely to leave the labor market and care for aging parents. As the economic recovery gains steam, staying home becomes more costly and more patients might flow into nursing homes. The authors find no statistically significant evidence that nursing home populations swell during good economic times, and they use survey data to establish that new nursing home patients are, if anything, more healthy during booms.

The authors' explanation focuses on the fact that nursing homes tend to be understaffed during these periods. Hospitals and long-term care facilities have reported staffing shortages in recent economic expansions, and low-paid direct care workers at nursing homes might be among the first to leave the sector when higher-wage job openings begin appearing elsewhere.

Low-paid or not, these direct care workers evidently play a large role in maintaining patient health. The authors' case is bolstered by a study of long-term care labor regulations in California, which showed that a new law requiring more staff resulted in fewer nursing home deaths there. Nursing home residents are particularly vulnerable in this regard, because they may not always be able to communicate effectively to caregivers or relatives even when they recognize that their standard of care is slipping.

The puzzle of pro-cyclical mortality isn't exactly solved yet; the authors find that the mortality effect found in the California study is too small to explain the full pro-cyclical pattern in nursing homes, and some other subpopulations like toddlers also seem to experience pro-cyclical mortality. Still, this study provides some convincing evidence that fluctuations in health care quality that move with the business cycle are an important part of the story. ♦

"The Best of Times, the Worst of Times: Understanding Pro-cyclical Mortality" appears in the November 2015 issue of the American Economic Journal: Economic Policy.

Better information can make a big difference for patients