How can developing countries mitigate the challenges to universal health insurance? 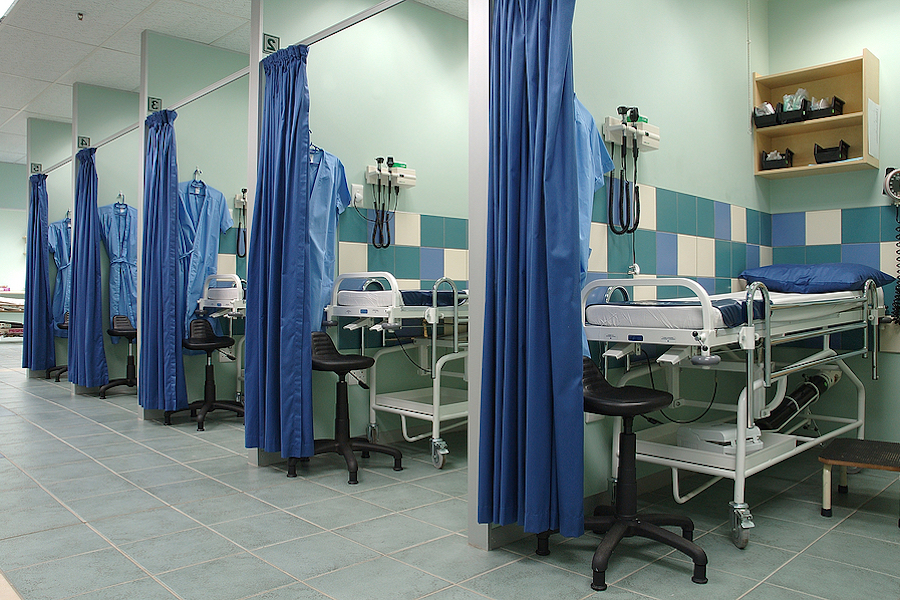 At least half of the people in the world do not receive the health care they need, according to the World Health Organization. On top of that, about 100 million people are pushed into extreme poverty each year because of out-of-pocket spending on health services.

Many of these people live in poorer countries with governments that are trying to expand health-care access, but their policymakers are finding that it’s not a straightforward task.

In a paper in the American Economic Review, authors Abhijit Banerjee, Amy Finkelstein, Rema Hanna, Benjamin A. Olken, Arianna Ornaghi, and Sudarno Sumarto focused on Indonesia to help pinpoint the key impediments to universal health coverage in the developing world.

They found that households often don’t recognize the value of having health insurance, and that bureaucratic hassles can stop many people from enrolling.

“Helping Indonesia understand what the challenges were and what possible strategies might work is important not just for Indonesia, but for many other low- and middle-income countries that are going through the same problems,” Olken told the AEA in an interview.

Like many developing countries, Indonesia has a large population of so-called informal workers, whose incomes tend to fall outside of the government’s tax net. This makes it difficult to get these individuals to directly contribute to the costs of social programs.

Helping Indonesia understand what the challenges were and what possible strategies might work is important not just for Indonesia, but for many other low- and middle-income countries that are going through the same problems.

So instead of paying insurance premiums itself—which it does for its poorest citizens—the Indonesian government mandated in 2014 that nonpoor informal workers buy health insurance for their households.

But there were few good tools for enforcing the mandate, leaving it mostly toothless. As a result, the few that enrolled tended to be  either chronically sick or in need of immediate treatment.

This so-called adverse selection drove up program costs per enrollee to unsustainable levels. In fact, only a year after the program’s introduction, claims exceeded premiums by a ratio of more than six to one.

In 2015, the authors worked with the Indonesian government to understand why healthy individuals weren’t enrolling and what could be done about it.

They randomly offered three different types of support to roughly 6,000 Indonesian households. One group received temporary subsidies to purchase insurance; a second got at-home assistance with an online registration system so that they did not have to travel to a distant insurance office to enroll; and a third group was given basic insurance information, such as health-care costs, premiums, and coverage options.

The experiment showed that temporary subsidies boosted enrollment, even a year after the subsidies expired. At the same time, the financial health of the program improved because the subsidies brought in healthier enrollees with fewer claims. As a result, the government was eventually able to cover substantially more people at no higher total cost.

While not as effective as the subsidies, help with registration also increased enrollment. But these gains were significantly muted by bureaucracy.

The government’s registry often had incorrect information, which made enrolling online nearly impossible. Many families that received internet-based assistance chose to go without insurance rather than travel to a faraway office to correct the record. The authors calculate that the hassle costs involved with in-person enrollment were roughly equivalent to a full year’s worth of premiums.

Temporary subsidies and coverage
The chart below shows household coverage patterns by month since offer (panel A) and, for those who enroll, by month since enrollment (panel B) for the no subsidy, half subsidy, full subsidy groups. The dashed vertical line indicates when the subsidies expired.

Contrary to the success of the groups who received subsidies or assistance with enrollment, the group who merely received different types of basic insurance information showed no improvement. These results suggest that it was direct experience with health insurance that helped households learn about its value, according to the authors.

Indonesia’s experience illustrates that it is possible to drive down program costs per enrollee by expanding coverage, but reformers may be undermined if state administrative capacity is weak.

“One thing that we're seeing in a variety of contexts, particularly in these emerging economies, is the need for better underlying government infrastructure on which you can build these safety net programs,” Olken said. “It highlights the importance of investing in that infrastructure and making the underlying state database really good.”

How states can attract health insurers to rural counties

In some rural areas, ACA exchanges are barely hanging on