A tax spike on companies after layoffs is discouraging them from rehiring when business turns around. 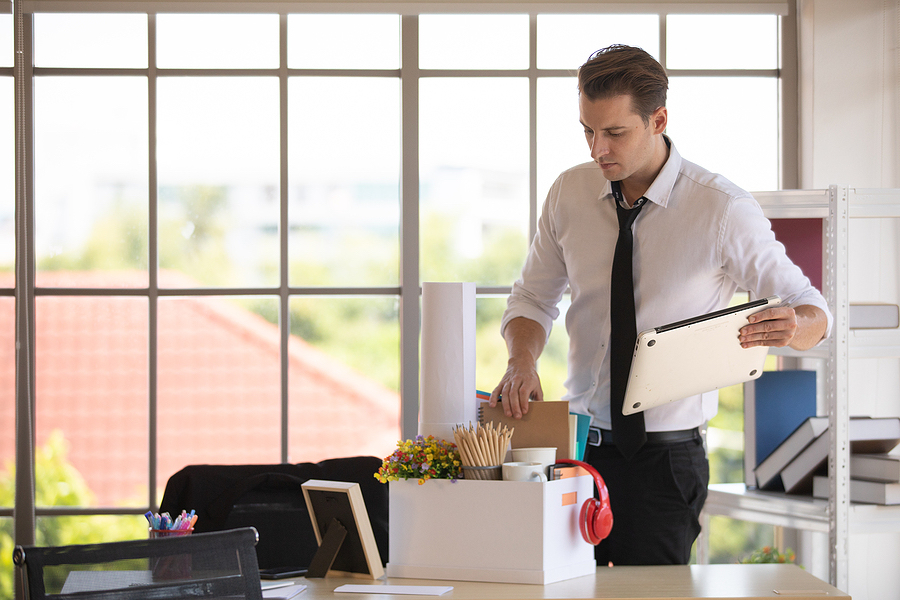 At the onset of the coronavirus pandemic, Congress stepped up and provided a large dose of economic relief to millions of Americans. This aid package was widely welcomed, but it wasn’t without controversy.

Some worried that extra unemployment benefits in the CARES act discouraged people from finding and accepting jobs. It’s a concern not just for that particular bill, but for unemployment insurance (UI) in general, which researchers have spent years trying to understand.

However, economist Andrew C. Johnston thinks there's a vital component missing from the debate over how unemployment insurance affects hiring.

“I noticed there was a huge, systematic examination of how unemployment benefits affected unemployment through labor supply,” Johnston told the AEA in an interview. “At the same time, there was almost no one studying the effect of the equal-and-opposite program financing those benefits.”

Johnston’s paper in the American Economic Journal: Economic Policy sheds light on how much the taxes that finance unemployment insurance discourage companies from hiring, especially after recessions.

His findings have important implications for distressed businesses, consumers, and millions of unemployed Americans.

If you are worried about unemployment from the UI program, the effect from the tax channel is as large as or larger than the benefit side.

The United States finances UI benefits through a special tax that employers pay on each of their employees’ wages.

The formula is complicated and varies from state to state, but the rate hinges on layoffs. In general, the more workers a business fires, the higher the rate they have to pay. Even wages paid to new hires are taxed at this higher rate.

There is a good reason to make companies pay for their former employees’ unemployment benefits—it discourages layoffs. But Johnston realized that it may come with a cost that many economic models don’t consider.

Companies may be forced to lay off employees during bad times. But when the economy rebounds, the higher UI tax rate discourages hiring.

Johnston analyzed Florida—a state with excellent administrative data and a large population representative of the United States—to quantify this potential drag on employment.

In Florida’s case, a company’s UI tax rate steadily increases as the state has to increase benefit payouts to former employees from the past three years until it maxes out at 5.4 percent by law, creating a so-called “kink” in the tax formula.

Using a method called regression kink design, Johnston compared the employment decisions of businesses that reached the maximum rate to those just short of the threshold.

He found that there was a corresponding kink in hiring. Companies above the threshold employed workers at rates higher than would have been expected if there was no maximum UI tax rate.

While differences between states make it difficult to generalize, as much as 12 percent of unemployment in the years following the Great Recession could have been due to UI taxes, according to Johnston’s calculations. 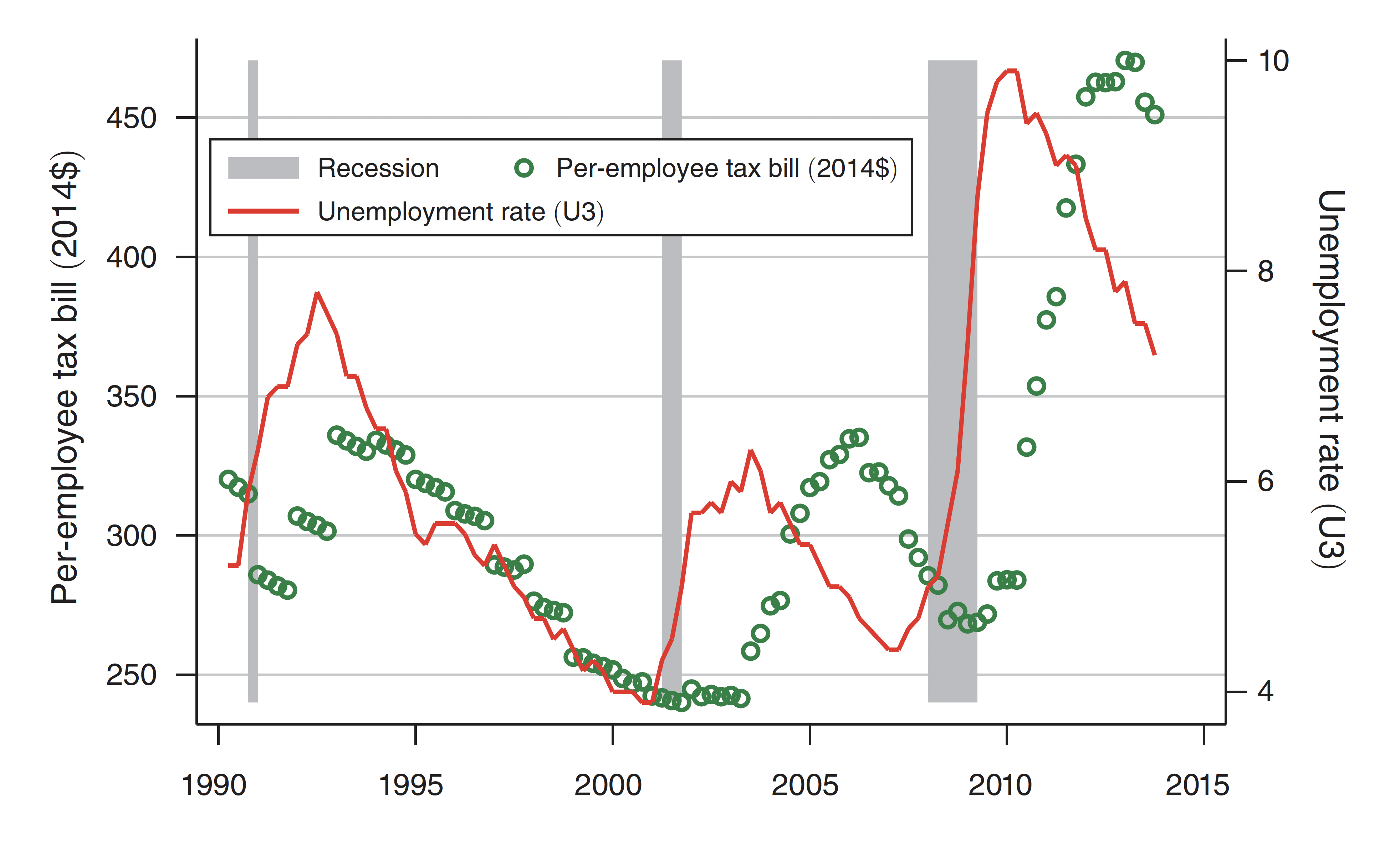 The results provide a caution to lawmakers.

“If you are worried about unemployment from the UI program, the effect from the tax channel is as large as or larger than the benefit side,” Johnston said.

To mitigate this demand-side headwind, Johnston said that states may want to keep their UI trust funds healthier during good times so they don’t have to increase rates as much when their economies inevitably falter. States may also want to experiment with a promising but slightly different system that relies on individual unemployment insurance savings accounts.

A cash and employment conundrum

A new paper explores the dynamics when college graduates take jobs for which they are overqualified.