How threatening are leaky underground petroleum tanks to our health and what should policymakers do about it? 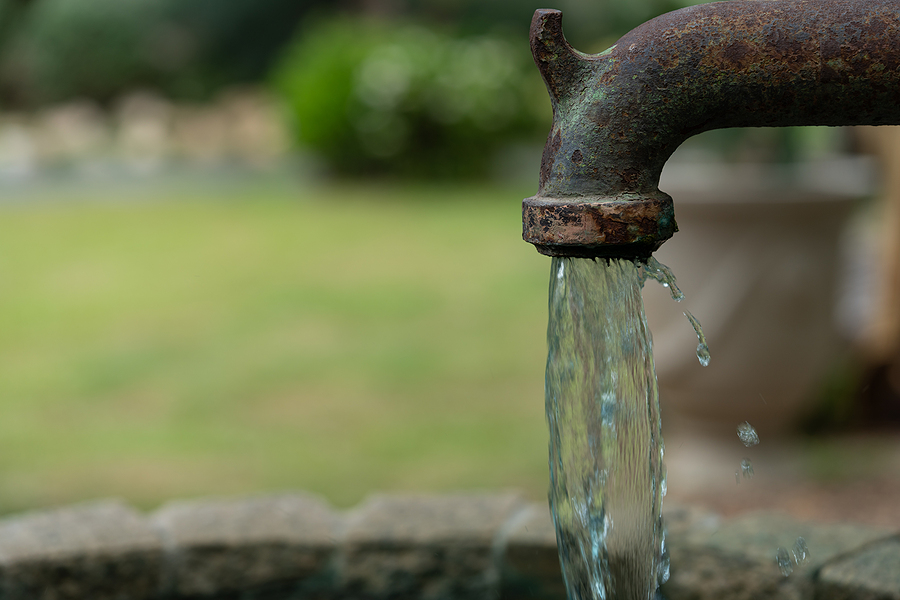 The costs of the water crisis in Flint, Michigan, are astounding.

More than 100,000 of the city’s residents were exposed to dangerous levels of lead that began pouring from their faucets in 2014. The financial expenses have exceeded $1 billion in cleanup and legal costs.

The experience in Flint highlights the tragic costs from environmental disasters and has spurred policymakers to look for better preventive solutions.

A paper in the American Economic Journal: Applied Economics found that regulatory action and information given to residents can help protect the public from drinking water contamination.

It is a massive problem. About 60 percent of all underground storage tanks (USTs) have experienced at least one leak and that remediation of the approximately 528,000 total leaks costs over $1 billion a year in state and federal funds.

“When I realized that there was no research studying the health effects of leaking USTs, I knew it was a question I wanted to answer,” she said in an email to the AEA.

Leaking underground storage tanks, like those at gas stations, are one of the most common sources of groundwater contamination. They can also affect health via the toxic vapors that rise through soil and collect in confined spaces, such as basements or sewer lines.

Rural areas are especially threatened. Residents often live outside the service area or are served by small community water systems that lack the technology to detect contaminants.

Pollution and birthweight
Regulations were passed in the 1990s to clean up leaky underground oil tanks, and maternal health improved. The chart below shows the share of low birthweight infants who lived within 300 meters of a leak (dashed line). The control group lived farther away and weren't exposed.  Once removal of the old tank begins (first vertical line), there was a sharp improvement in infant health, indicated by the plummeting line. The second vertical line is when a new tank was installed. 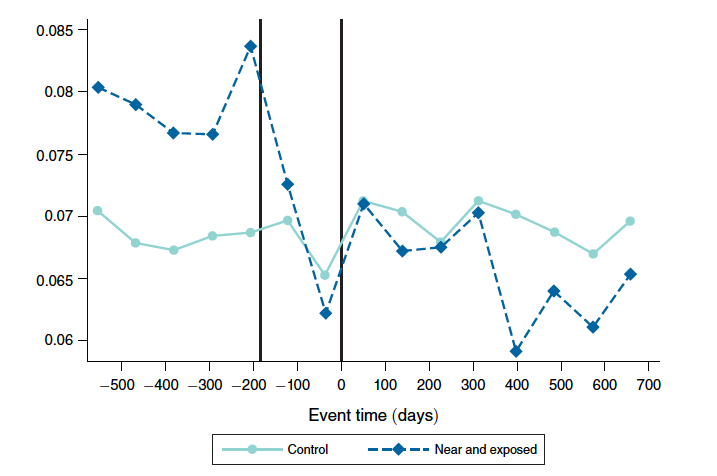 Marcus collected data on all reported leaks in three states—Florida, New Jersey, and Pennsylvania, as well birth records, to examine how exposure to contamination from leaking tanks affected infant health.

She found that exposure during gestation increased the probability of low birthweight and preterm birth by about 8.7 percent and 7.4 percent, respectively.

That was before the EPA stepped in with new regulations to address the issue. They required owners to remove, upgrade, or replace their existing underground tanks by 1998 in order to protect them against spills or corrosion. These actions reduced the probability of fetal exposure to a leak by 16.5 percent.

While there was little evidence that the average mother moved residences in response to information about a nearby leak, highly educated mothers living near leaking tanks were significantly more likely to move when informed.

Press coverage also helped. Newspaper stories of a tank leak were associated with a 22 percent decline in the probability of low birthweight. But the response to that information varied by demographics.

“While there was little evidence that the average mother moved residences in response to information about a nearby leak, highly educated mothers living near leaking tanks were significantly more likely to move when informed,” Marcus said.

This points to an important trade-off for policymakers. Giving information to residents may be cheaper than establishing new regulations, but relying on information alone could exacerbate existing inequalities.

There is still a large backlog of leak sites that need to be remediated. Marcus said her findings fill a gap in how economists typically study pollution and highlight the importance of cleaning up those sites.

“Going Beneath the Surface: Petroleum Pollution, Regulation, and Health” appears in the January issue of the American Economic Journal: Applied Economics.