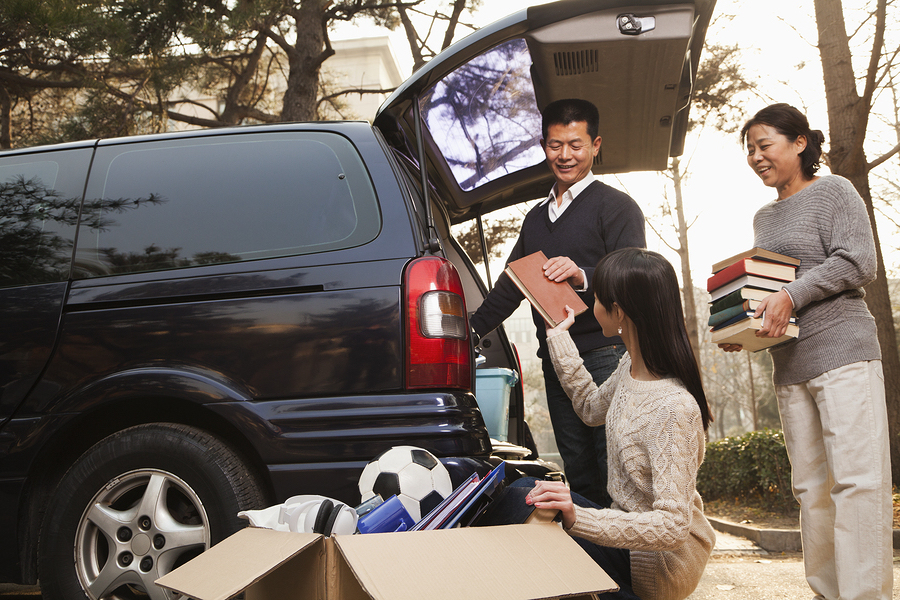 Parents packing car for a move to college

In-state tuition is a powerful incentive for high schoolers to attend their state’s schools, but it creates a substantial loss for many students across the US, according to a paper in the February issue of the American Economic Journal: Economic Policy.

“It always struck me as a peculiar system,” author Brian Knight said in an interview with the AEA. “Just because I was a resident of Ohio, why would I necessarily need to attend college within the state, given the great selection of universities across the whole US?”

Knight and co-author Nathan Schiff showed that reducing out-of-state tuition would have large benefits for nonresidents and comparatively little cost for students who attend in-state universities.

I think the best hope is to encourage more reciprocity agreements, where states agree to accept each other’s students at lower prices.

The authors argued that states have a special interest in their own residents which has led them to charge nonresidents more to attend their universities—what the authors called the “tuition gap.” States worry that offering a subsidized education to nonresidents might leave them footing another state’s education bill.

But distinguishing between residents and nonresidents creates missed opportunities from a national perspective.

But suppose that neither can afford the out-of-state tuition and choose to attend their second-choice, state school instead. If both students could pay the in-state tuition rate at the out-of-state school, then they would both be better off and the universities would make the same amount in tuition revenue as when both students chose to go in-state.

In reality, schools charge different tuition rates, extra amenities matter to students, and universities differ in the quality of education they provide. These details complicate the story, but the authors show that if out-of-state tuition is cut, then very little of the revenue loss has to be made up by residents because price cuts will attract more nonresidents.

The authors addressed many of the real-world complications, but their approach to solving one in particular was novel.

The authors sidestepped this issue by comparing students who lived near each other—within roughly two miles—but on opposite sides of a state border. They found that public universities enroll six times as many students from just inside their state’s border compared to students from just on the other side.

In an ideal world, state universities wouldn’t distinguish between residents and nonresidents, according to Knight, but political obstacles make such an outcome unlikely.

“I think the best hope is to encourage more reciprocity agreements, where states agree to accept each other’s students at lower prices,” Knight said.

States like Minnesota and Wisconsin have already cooperated to completely remove out-of-state tuition markups and other barriers for each other’s residents.

However, the authors caution that if low-income students are more likely to go to in-state institutions, then they might experience a jump in tuition to make up for lost out-of-state revenue.

States will have to figure out what’s in their residents’ best interests, but the authors show that there are gains to be had.

"The Out-of-State Tuition Distortion" appears in the February issue of the American Economic Journal: Economic Policy.

A piece in FiveThirtyEight on the rising cost of tuition at U.S. public universities highlighted a 2014 study from the American Economic Journal: Economic Policy