Civil War-era legislation helped usher in a period of top-down banking panics. Are there lessons for today’s economies? 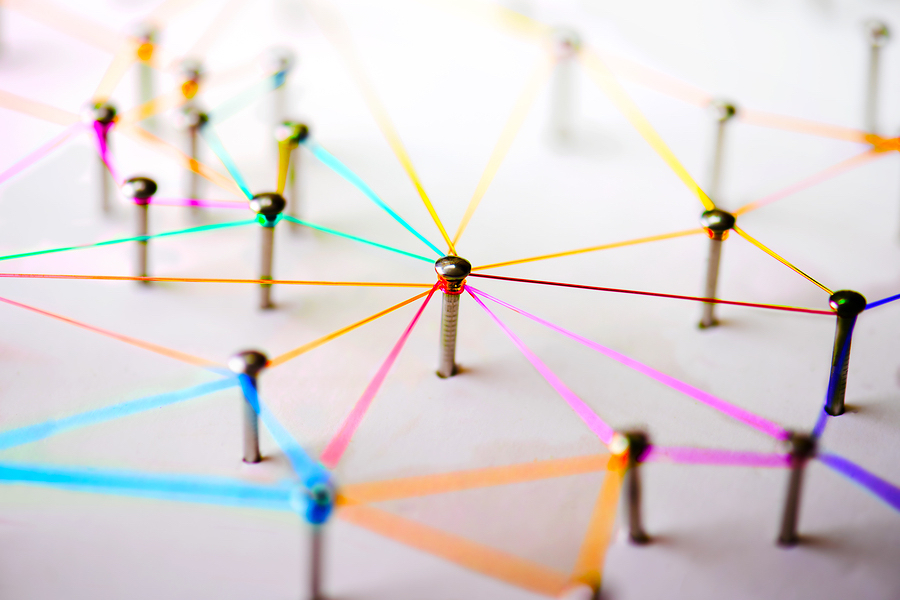 The 2008 financial crisis revealed just how interconnected financial markets are today. But studying the links between financial players, in the hopes of preventing future contagions, has proven elusive.

“It is difficult to study because there are so many different types of networks and because of the lack of information,” economist Haelim Anderson said in an interview with the AEA.

Not many banks are willing to open their books to researchers.

But by looking back 150 years in US history, Anderson and her colleagues Mark Paddrik and Jessie Wang were able to shed light on how bank networks have evolved and how they spread risk.

Their paper in the September issue of The American Economic Review is a deep dive into how the National Banking Acts (NBAs) of 1863-1864 reshaped Pennsylvania’s financial sector and concentrated risks in a few large banks.

Given this movement of globalization, it is important that regulators across countries work together.

The National Banking Acts were a pivotal point in the development of America’s financial system. They ended the period of so-called free banking and ushered in the national banking era, the precursor to today’s Federal Reserve System.

Congress passed the NBAs during the Civil War to help raise money and establish a nationwide currency. And critical to achieving that goal, regulators pushed small rural banks to keep their deposits in specially designated city banks across the country, which fundamentally changed where they kept their reserves.

To find out where the money was going, the researchers put together a unique dataset on banks in Pennsylvania and New York City that included balance sheets and interbank deposits.

Between 1862 and 1867, rural banks went from keeping their reserves in other small regional banks to putting them in reserve city banks. In Pennsylvania, Philadelphia and Pittsburgh institutions got this special label. Philadelphia had already established itself as a financial center—nearly as important as New York—but Pittsburgh saw enormous growth after the new policy.

Up north, New York City became the capstone in the new reserve pyramid. The NBAs designated it as the country’s central reserve city, where reserve city banks were required to keep a portion of their deposits.

The result was a three-tiered system, with systemically important banks at the top.

Three tiers for the NBAs
The chart below shows the interbank network in Pennsylvania and New York City before and after the National Banking Acts. Each circle is a bank and its diameter is proportional to the log size of the bank’s deposit liabilities. The direction of the arrow indicates the direction of the deposits. The center-ring contains central-reserve-city banks, the inner-ring reserve-city-banks, and the outer-ring rural banks. 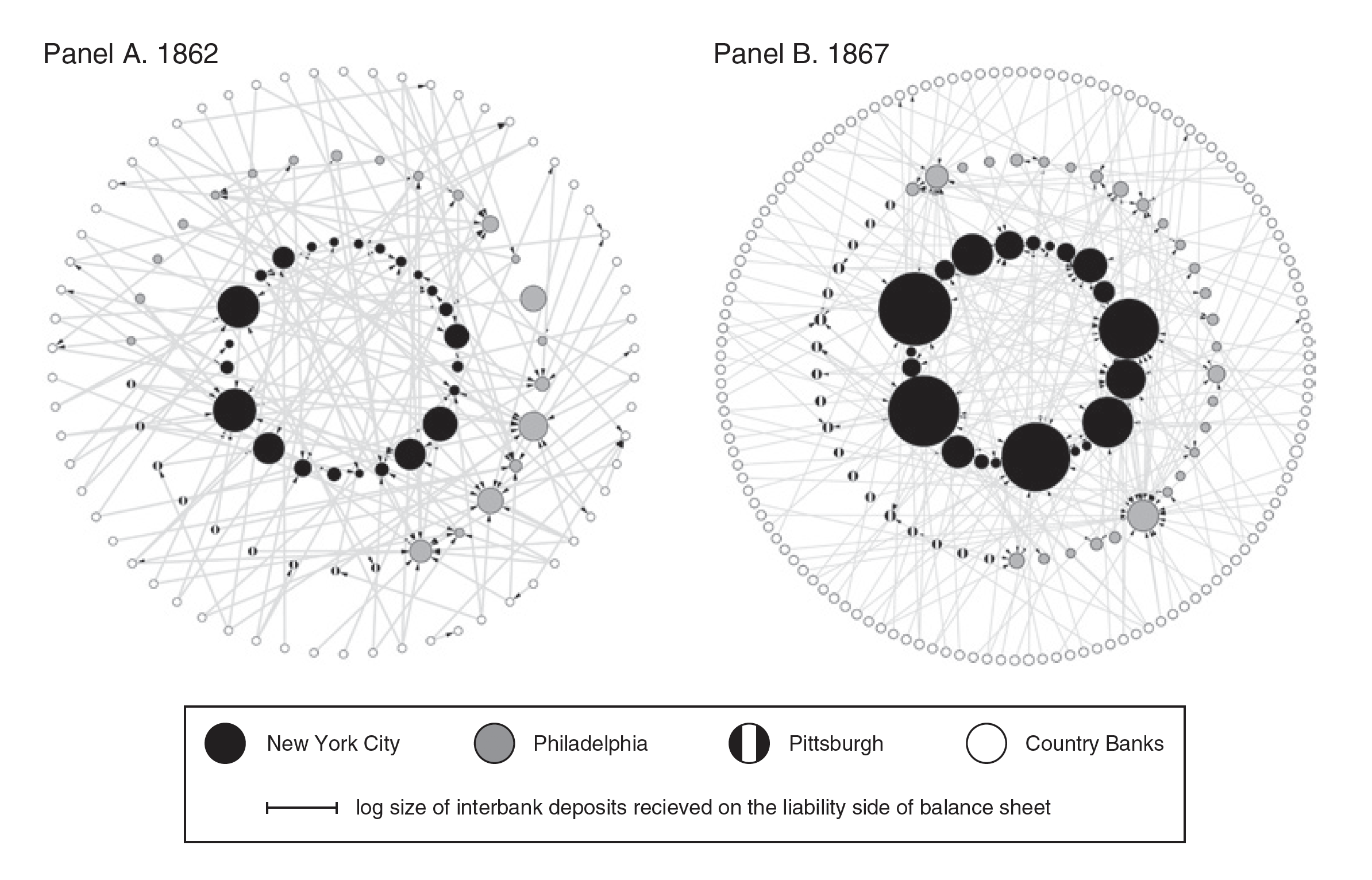 Using a network model of interbank deposits, the authors found that reconfiguring the country’s banking system had a big impact on the way that financial crises spread. Before the NBAs, a run on banks could come from nearly anywhere, even small banks, and ripple across the network.

Under the new regulations, the reserve banks were generally able to handle withdrawals from a large number of smaller banks. So, financial disruptions would stop as they went up the bank hierarchy. However, a big financial shock could still topple even the banks in New York. And because they were connected to so many more institutions through the new network, financial distress spread even faster through the entire system.

The Panic of 1907 is a good example of this problem. It was triggered by the collapse of the Knickerbocker Trust Company—one of New York City's largest financial institutions at the time—and spread to the rest of America and beyond its shores.

Today, conditions for such concentrated failures may be even riper. Banks are bigger, and Dodd-Frank regulations have pushed financial derivatives onto central clearing houses that could spread risks similar to the way that New York City banks did in the national banking era.

“Given this movement of globalization, it is important that regulators across countries work together,” Anderson said.

With so many new financial instruments and sources of risk, economists still have plenty to learn about which networks are stable and which aren’t.

“Bank Networks and Systemic Risk: Evidence from the National Banking Acts” appears in the September issue of The American Economic Review.

What will the next global financial crisis look like?

Crises could be less likely, but they may also be worse.