The economics of grade inflation 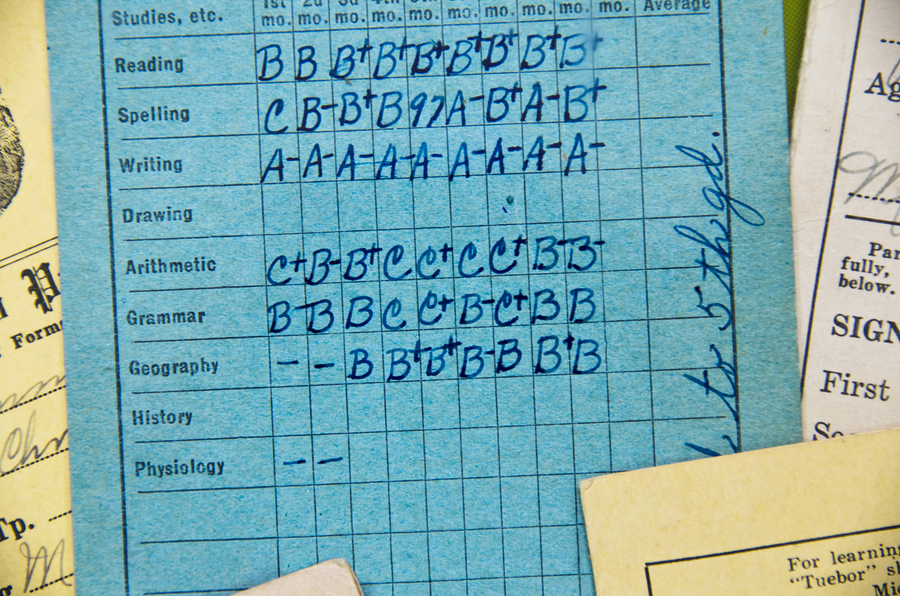 Data from U.S. universities show that average grades for university students have been on an upward trend for decades.

In recent years, many have sounded the alarm about "grade inflation," the trend toward higher grades on student transcripts. Skeptics point out that fears of grade inflation are nothing new (a Harvard University report issued in 1894 frets about students receiving A’s for "work of no very high merit"), but transcript data from U.S. universities shows that GPAs have been rising steadily since at least the 1970s. Why might grades be rising like this, and who is helped (or harmed) by this phenomenon? An article in the May issue of the American Economic Journal: Microeconomics uses tools from game theory to answer this question.

In Grading Standards and Education Quality (PDF), authors Raphael Boleslavsky and Christopher Cotton consider the incentives a school faces when it sets its grading policies. Does the school want a rigorous grading system that reliably separates the top students from the pack? Or does it want to give everyone high marks that will propel graduates into the top jobs?

The authors' model imagines a simplified academic marketplace with two universities with one student each, and one "evaluator" who might be a hiring officer at a company or an admissions officer at a medical school. The schools first invest in improving their educational offerings, and then design a grading system in the hopes that the evaluator will pick their student.

The model does not consider grade inflation per se. Instead it compares "fully revealing" grading systems that perfectly differentiate between strong students and weak students, and "strategic" grading systems that muddle the difference and provide a noisy signal of student quality to employers. In practice, grade inflation can have this muddling effect if A's are routinely handed out to weak students, and a high GPA becomes a less reliable indicator that a student is a high achiever.

It seems intuitive that evaluators would prefer schools to use fully revealing grading systems and avoid grade inflation so that they can easily pick out the best job candidate. But the authors' model shows that this is not necessarily true if schools can change their investments in quality.

The better a school's reputation, the more temptation there is to use strategic grading, which partially masks the weaknesses of poor students and allows them to coast on the school's good name. The possibility of strategic grading gives schools more of an incentive to increase their reputations in the first place by making substantive investments in the quality of their educational offerings.

Strategic grading surely corrodes the quality of each transcript and makes recruiters' lives harder, but this model highlights another side effect of strategic grading that could ultimately benefit evaluators. Depending on how close the schools are in reputation, and how expensive it is to ratchet up a school's education quality, allowing strategic grading can ultimately produce better students and hence better job candidates in the authors' model. In practical terms, the result suggests that a nationwide push to tamp down grade inflation might slow down the arms race between top schools for better reputations.

The authors concede that the model is simplified and does not consider the incentives of one key set of players: the professors who must assign grades. The model assumes that schools have an incentive to get their students placed in good jobs, but what about professors' incentives to garner good evaluations from students? Indeed, many have hypothesized that grade inflation trends are driven not by administrators’ master plans but instead by teachers, seeking high scores on professor ranking websites.

Another recent study appearing in the Journal of Economic Perspectives sheds light on this question. In The Effects of an Anti-grade-Inflation Policy at Wellesley College (PDF), three professors from Wellesley report on an anti-grade-inflation policy implemented there in 2004. The faculty and administration, concerned that grade inflation was eroding the college's reputation and integrity, voted to cap grade point averages at 3.33 for each department.

Wellesley grade policy succeeded in lowering GPAs
Several departments in humanities and social science had average grades exceeding the new 3.33 standard. Professors in these disciplines assigned lower grades on average after the policy was implemented.
Source: Adapted from Figure 2 of Butcher et al. (2014)

Some departments, mostly in natural science fields, already had average grade levels below 3.33, so they were not directly affected by the policy. Other departments, mostly humanities and social sciences, had average grade levels above 3.33, so they would need to change their grading patterns to comply with the new rule. The figure above shows that average grades in these departments indeed fell in the first few semesters after the policy was introduced. This is evidence that, at least in this case, the administration was able to convince professors to go along with its grading policy.

The authors note that professor evaluation scores also fell during this time for teachers in affected departments. Unless some other change was happening on campus that caused students to become dissatisfied specifically with their humanities professors, this is evidence that the mandate for lower grades was the culprit. Professors' reactions to this trend could help explain some of the backsliding in the later years of the study (visible in the figure).

Student displeasure with grade deflation has been well-documented in other contexts. Students at Princeton complained that grade deflation intensified student competition and stress, which contributed to a repeal of that school's policy in 2014.

In the Wellesley study, students also expressed concern that the new policy would hurt them on the job market if potential employers did not understand how a 3.4 GPA from Wellesley might be different than a 3.4 GPA from another top school. The study’s authors also speculate that students who earn lower grades may perceive that they have learned less over the course of the semester and downrate professors accordingly.

Taken together, these two papers show that there are powerful forces lined up in support of the grade-inflation bubble, even if admissions officers and recruiters (the "consumers" of academic transcripts) don't like it. As long as students, professors, and institutions alike have something to lose from a move to more informative transcripts, grades probably won't be deflating any time soon. ♦

"Grading Standards and Education Quality" appears in the May 2015 issue of the American Economic Journal: Microeconomics.

"The Effects of an Anti-Grade-Inflation Policy at Wellesley College" appears in the Summer 2014 issue of the Journal of Economic Perspectives.

A public policy debate that goes back more than a century