Scientific progress one funeral at a time

What happens to a research field when it loses its leader? 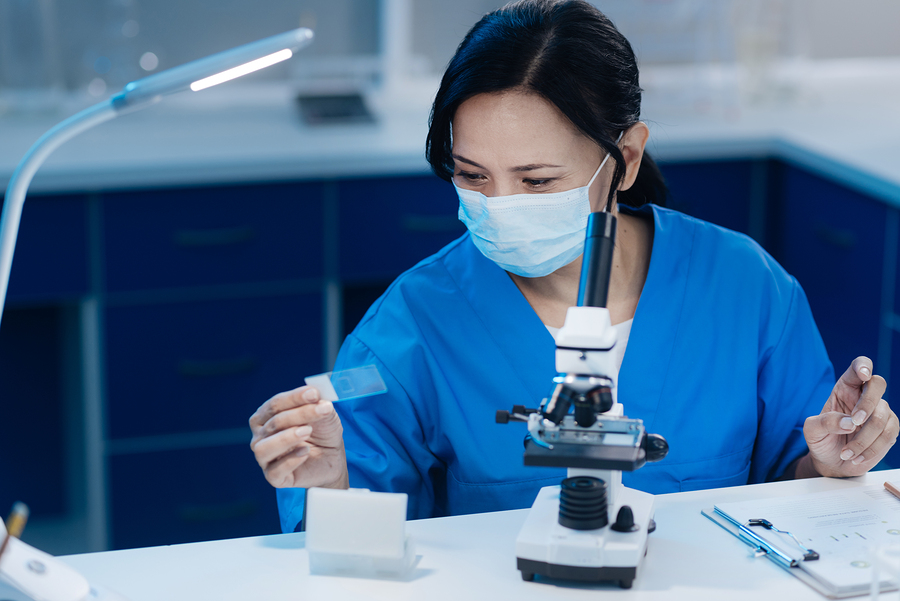 Ambitious scientists dream of leaving a lasting mark on their discipline. They spend a lifetime working to shape the direction of their field by building a community of like-minded researchers and convincing others that they are the ones asking the most important questions.

But when they finally reach the top of their profession, they may overstay their welcome, according to a paper in the August issue of The American Economic Review.

“There is this influx of intellectual energy in those subfields that have lost a star,” Azoulay said in an interview with the AEA.

Their recent research raises profound questions about how science advances, what gets in the way, and which ideas get support.

The blocked contributors of today will be those doing the blocking tomorrow.

Traditionally, scientific progress has been thought of as a continuous accumulation of facts, with each generation building on their predecessors’ work.

Philosopher Thomas Kuhn upended this tidy view and showed that the most important theories have been more like road-to-Damascus moments. For instance, Newton’s theory of gravity and Darwin’s theory of evolution were breakthrough ideas that turned prevailing beliefs upside down.

Between these revolutions, though, science looks more like a steady march to fill in the details of those big ideas. As philosopher of science Ian Hacking put it, “Normal science does not aim at novelty but at clearing up the status quo. It tends to discover what it expects to discover.”

The authors focus on how “normal” science makes progress and the role that prominent researchers play.

Previous work found that collaborators suffer when they lose a distinguished colleague. But that research was limited to co-author relationships. It couldn’t answer questions about how non-collaborators and scientists from other fields responded to the death of a superstar.

The authors were able to go further by using the publication database PubMed and its extensive information on the inputs and outputs of research in the life sciences.

The researchers identified thousands of top scientists based on factors like grants, citations, patents, and whether they were members of the Institute of Medicine. They then examined the publication records of 452 of these elite scientists that died prematurely between 1975 and 2003.

Like in previous studies, the number of papers written by collaborators falls markedly when a notable co-author passes away. But that decrease is more than counterbalanced by papers from newcomers to the field. Overall, those subfields expand by around 7 percent.

“It's not a revolution,” Azoulay said. “But 7 percent is a lot of papers.”

Making room for new growth
The death of an eminent scientist made room for outsiders, but their close colleagues suffered. The chart below shows the average change in publications each year for both groups. The dashed vertical line at zero marks the death of a superstar. 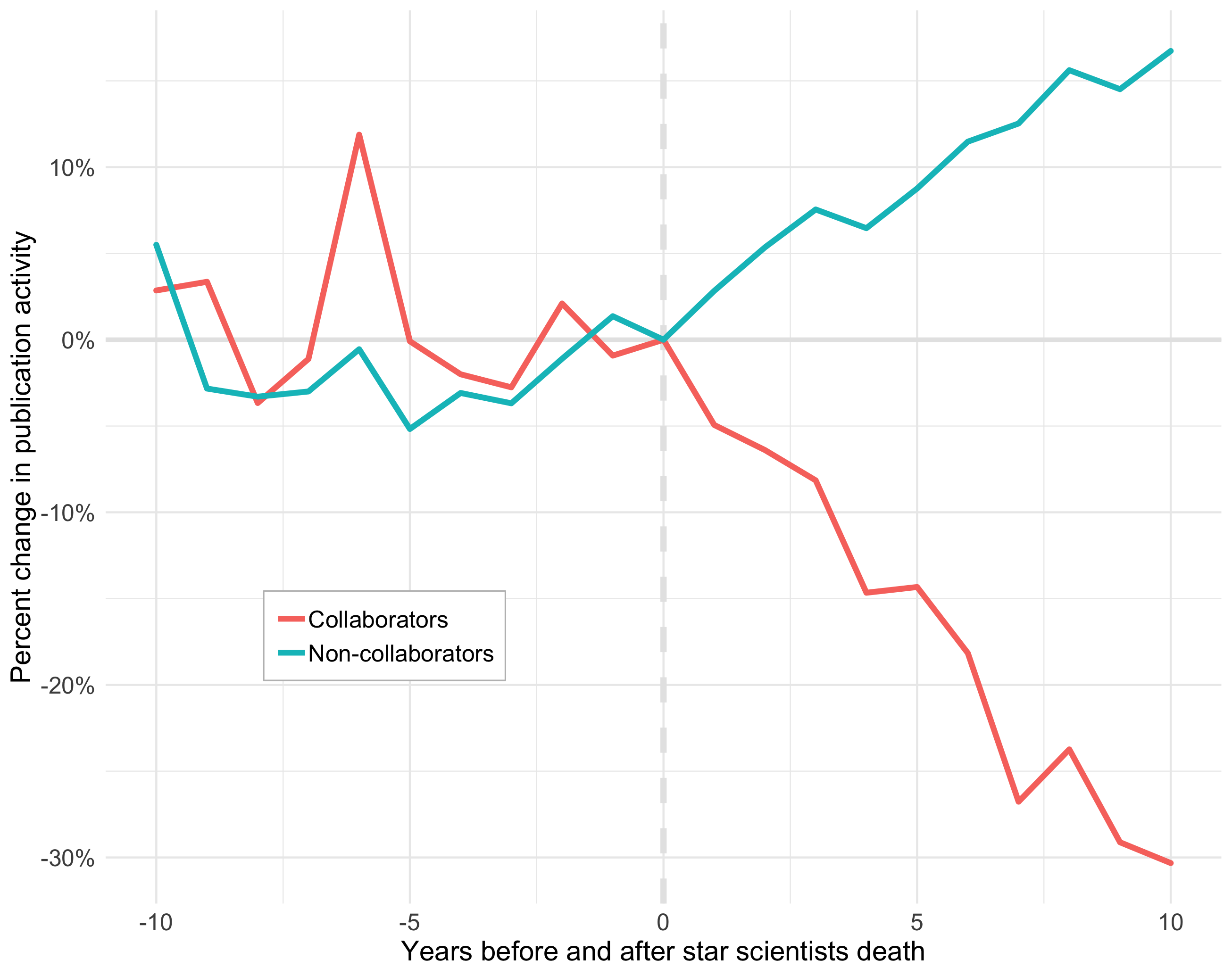 Two features of the new intellectual landscapes stood out to the authors. First, the new contributions were important, in the sense that they went on to be highly cited. Second, the outsiders brought ideas that pushed the subfields in new, fruitful directions.

Azoulay was quick to say that more work needs to be done to understand why science flourishes after the death of a luminary. But he and his co-authors don’t think that prominent scientists intentionally turn away newcomers. Instead, researchers with different ideas appear to stay away—without necessarily being told to stay away—because the community of scientists in fields with superstars are more likely to have settled on which questions to tackle and the right way to study them. Getting a hearing in these fields may look difficult from the outside.

The power that comes with reaching the top may not be all bad. It might even be what drives many scientists to do their greatest work. But the authors’ findings should give journal editors and funding agencies pause to think about who they’re supporting and why.

“I think it should make people, in particular people in power, a little more self-aware,” Azoulay said. “The blocked contributors of today will be those doing the blocking tomorrow.”

“Does Science Advance One Funeral at a Time?” appears in the August issue of The American Economic Review.