How do consumers respond to increases in sales tax? 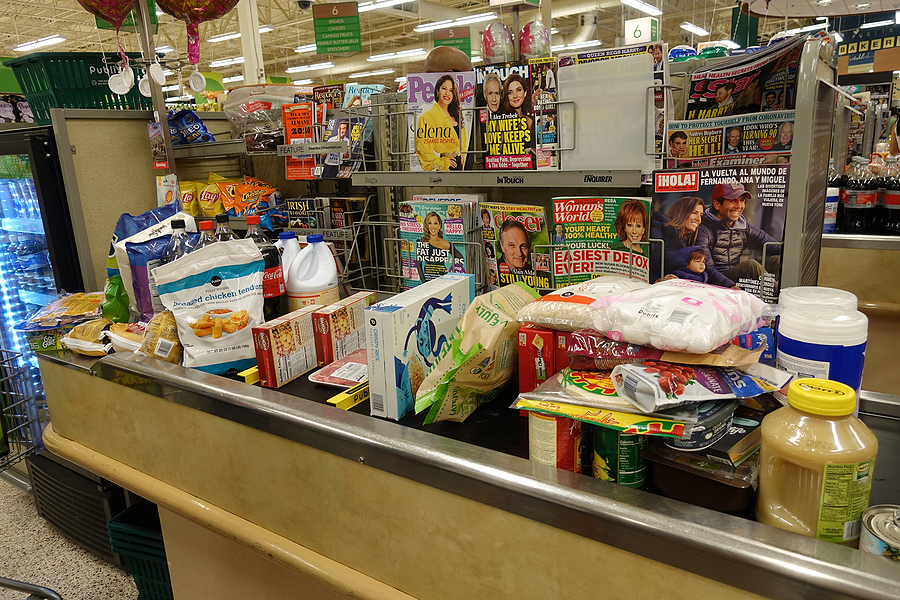 A checkout counter at a supermarket in Orlando, Fla.

Since 2004, there have been more than 3,000 changes to sales tax rates in the United States.

Understanding how consumer behavior responds to these rate changes is important to areas of research like public finance, household finance, and macroeconomics. But in recent years, there has been a range of conflicting evidence, leaving questions about the degree to which consumers are aware of the amount they pay in sales tax, which is not included in posted prices, and whether they react to knowledge of impending tax hikes.

In a paper in the American Economic Journal: Macroeconomics, authors Scott R. Baker, Stephanie Johnson, and Lorenz Kueng show that shoppers do actually adjust spending on all kinds of items—including those that are tax-exempt—when state or local taxes change. Their findings offer important insights into how sales taxes shape consumer behavior and may provide an unconventional tool for monetary policymakers.

“People do respond and pay attention to sales taxes in fairly sophisticated ways,” Baker said in an interview with the AEA. “These are fairly salient taxes to people.”

Baker, Johnson, and Kueng examined detailed spending data for more than 150,000 households across 40 states and 3,000 local municipalities to see whether spending changed in response to hikes in sales taxes.

They found that in the month before an increase, consumers stocked up on storable goods, like laundry detergent and alcohol, while they were less expensive. Households with a monthly grocery budget of $500, for example, typically increased spending by up to $20 before the tax increase, and then cut back spending the month after the higher tax rate went into effect.

Consumers didn’t just stockpile taxable goods; they also bought more tax-exempt items. At first, this confounded the authors, Baker said. They thought perhaps they had made a mistake with how they categorized the goods or that consumers didn’t understand the difference between taxable and non-taxable items. But after digging further, they found that consumers were just factoring in the cost of the trip. If they were going to the supermarket anyway to stock up on certain items that were affected by the tax increase, they might as well take care of the rest of their shopping as well and save on time and gasoline.

“If you stock up on everything beforehand, you can maybe cut out one of those trips and save on the fixed costs,” Baker said.

Of course, consumers couldn’t avoid those tax increases forever. Eventually, their stockpiles ran out and they had to buy the items again at a higher price, so the biggest effects were in the short term. But some people did actually make lasting changes, going online to buy many of those goods or even traveling to lower tax jurisdictions.

This research suggests that sales tax adjustments can be a way to stimulate spending at a time when monetary policymakers can’t turn to lowering interest rates because they are already near zero.

The dollar amounts spent on the groceries and small durable goods studied in this paper aren’t big enough to fill the spending hole during a recession, Baker said. But, in a related paper, he and his coauthors found that consumers also responded to sales tax hikes on more expensive goods like cars. A 1 percent tax hike resulted in an 8 percent bump in car sales in the month before the tax hike took effect—a response that could be big enough to move the needle in a recession.

“The policy that we would propose is that if you announce there's going to be a temporary sales tax cut that's going to be paid for by a sales tax increase in the future, that's going to induce people to spend more now, buy cars, or buy other things when they are in the low tax environment,” he said. “If monetary policy is at the zero lower bound and they've maybe run out of some of the tools to try to shift people's spending around, this fiscal policy or tax policy could play a bigger role there.”