The AEA interviews David Huffman about how a person’s cognitive ability relates to their taste for risk. 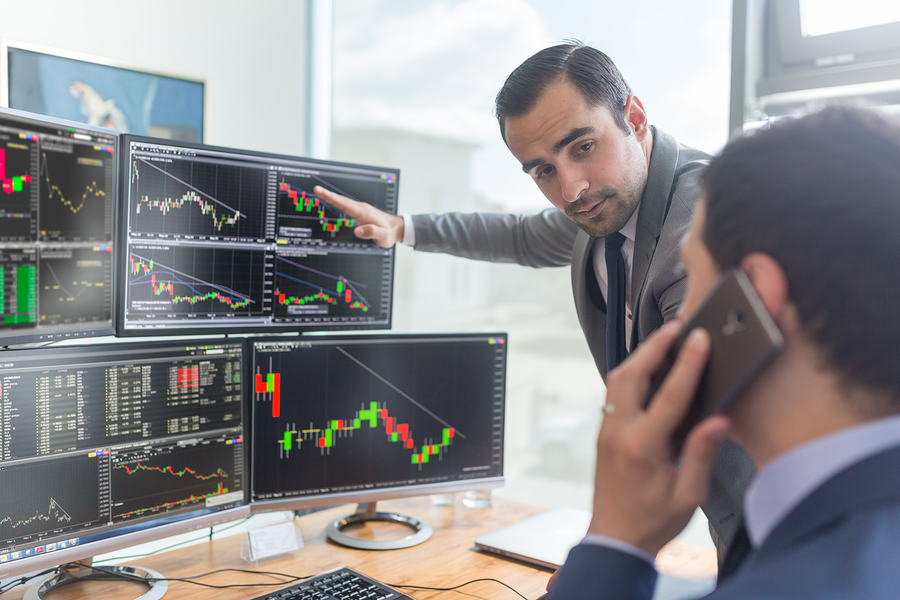 Higher cognitive abilities are associated with a willingness to invest in riskier assets, according to a paper in the spring issue of the Journal of Economic Perspectives.

Our tolerance for risk shapes so many of our choices, big and small.

Should I have a healthy salad for lunch or a greasy burger? Can I drive through this yellow light? Should I sink my retirement savings in high-risk stocks or just keep it in a money market account?

David Huffman has dedicated much of his career to studying risk preference, which he says is essential to understanding the economic decisions we make.

Huffman has co-authored a paper in the Journal of Economic Perspectives about the role that cognitive ability plays in a person’s risk tolerance. He and his co-authors Thomas Dohmen, Armin Falk, and Uwe Sunde, say there appears to be a relationship between higher intelligence and avoiding harmful risky situations. But that doesn’t mean smart people are shrinking violets. They sometimes prefer risk, but only when the upside makes it worthwhile.

We spoke with Huffman in his office at the University of Pittsburgh and asked him about how we think about and measure risk preference, why it’s important to the choices people make, and the potential to collaborate with other disciplines like neuroscience to better understand it.

An edited transcript follows and a fuller audio length version of the interview can be heard by clicking on the media player below.

AEA: What are some real world examples when we might want to have a better understanding of risk aversion as it relates to economics?

Huffman: Economic theory abstracts away from many details of people's preferences, whether they like oranges or apples, but it does focus on a few types of preferences and explicitly model those, and one of them is risk preference. I think the reason is that almost every economic decision involves an element of risk. So in some ways, you could say that understanding risk preference is relevant to understanding almost all choices.

If you want to think about choices that are oftentimes seen as particularly risky, it could be what kind of financial assets you hold, it could be your career choice. Sometimes being self-employed is oftentimes viewed as being a risky choice. In the health domain, perhaps smoking is related to being more willing to take risks or other kind of dangerous health behaviors.

AEA: Even if it seems rather fundamental to our understanding of the decisions that people make, how well do we understand people's tolerance for risk and how able are we to measure it?

Huffman: The idea or the conceptualization of risk preference is this sort of deep trait, but we don't have access to that in any kind of direct way. The typical approach to measuring that is to actually observe people's choices and infer this deep trait, or sometimes we call it a “latent trait.” In our recent paper, we make a distinction between measured risk preference and latent risk preference. The way we try to measure risk preference is to pose two people with exactly the same financial lotteries and see how much we have to pay them to take that gamble. And if one person needs to be paid more than the other, facing the exact same choices, then we infer that they are more risk averse. David Huffman in his office at the University of Pittsburgh.

AEA: What is the relationship between someone's intelligence and their taste for risk?

Huffman: The pattern that seems to emerge is people with higher cognitive abilities are more willing to take risks when those risks are arguably beneficial ... and higher cognitive ability is associated with a lower willingness to take what we would call bad risks, where the payoff on average is going to be worse than if you did not take that risk.

AEA: What's an example of a bad risk versus a good risk?

Huffman: When we do choice experiments with people, we can construct these lotteries involving amounts of money and a good risk would be a lottery that has a high expected value, higher than the alternative the person could choose. Maybe they can have $5 for sure or they can take a gamble where the expected value is $7. We would say that's a good risk.

Then, we can also try to think about people's risky choices in other ways. We can simply ask them with a survey. How willing are you to take risks as a person? In some of our own research, we found that people with higher cognitive ability assess themselves as more willing to take risks. That suggests if we line it up with the experiment of it, people are thinking of good risks when we ask them. At least, that would make it consistent.

The other main way to measure risk preference besides experiments and surveys is to try to look at people's life behaviors that seem risky, like being self-employed or smoking or holding risky assets. It turns out that higher cognitive ability people are more likely to hold risky assets and arguably those risky assets are a good risk. They have a high expected value whereas they are less likely to do things like smoke or take some other risks that are probably harmful.

AEA: Is there one particular way of measuring risk that tends to be more accurate?

Huffman: They all have pros and cons. Some people are proponents of one method over another. The method of looking at life choices like being self-employed or smoking, in our view, that's a very indirect method because those life outcomes even if they do depend on risk preference, they'd probably depend on many other factors as well.

With the choice experiments, we try to do as good a job as we can of holding the choice situation exactly constant across people and then see if we can infer their risk preference from that. It might be more accurate, but there are also disadvantages. For example, the stake sizes we usually use in those experiments are lower than what people might face in real life. But I think that those choice experiments have emerged as perhaps a more accurate way to measure than just looking at life outcomes.

The last one, asking survey questions, we just asked people how willing they were to take risks as a person. The nice thing there is that it's clear you're talking about risk so that people are thinking about that whereas when they're making lottery choices, maybe they're not really thinking about the risk.

If I had to pick, I would say that the choice experiments would be the most accurate way, but they also have their own limitations.

AEA: You found this correlation between cognitive ability and risk preference, but is there a causal link?

AEA: You note that getting older is correlated with people taking on a certain amount of risk. What kind of traits do you find to be associated with taking on more risk?

Huffman: It is true that generally speaking, with age, people become less willing to take risks. We do have some data from quite a few countries around the world in this new dataset that we've developed called the Global Preference Survey. We find that in most countries, we see some kind of age profile like this.

In terms of other traits besides age, one that comes up a lot is gender. A lot of studies find that women are less willing to take risks than men in the same situation. It does seem to depend somewhat on the measure that's used.

We have to be really careful not to claim that it's a link between cognitive ability and latent risk preference.

AEA: Do you have any thoughts on why gender would matter?

Huffman: I have lots of thoughts about it. It's not cognitive ability by the way. You can show that very easily.

We were interested in whether it's culturally constructed. That's one reason why we found it useful to use our new survey where we look across the 76 countries. It could happen that previous studies had mainly looked in 5 or 10 countries, developed countries where this type of research is done, and happened to find a gender difference, but then when we looked more broadly, we would find that it's quite different. … Across a very heterogeneous set of cultures, it's directionally similar that women are less willing to take risks. In that sense, it looks like it's something relatively universal. It could be culturally universal or there could be some socio-biological explanation. … I think this is still a very active area of research.

AEA: Is there any promising work in cross-disciplinary research, maybe partnering with neuroscientists or psychologists that might deepen our understanding of risk aversion and cognition?

Huffman: You might hope that maybe there's some alternative approach to the usual economist’s approach of using choices and making a bunch of assumptions to measure the deep trait. Maybe instead we could come at it from another angle and look in people's brains and see this deep trait. So, in a way, we can ask people to tell us what the deep trait is, that's the survey approach, but maybe their brain can tell us.

There is some promise there but it also feels like that field is still pretty far from being able to solve this problem right now. For example, we would need to know where latent risk preference is located in the brain. In neuroscience, we see if brain activity changes. There's some progress on studying how people's tastes for very simple types of risky choices, where that's located in the brain. But when you pose some complex risky choices, then the brain regions that are active seem to be quite different.

“On the Relationship between Cognitive Ability and Risk Preference” appears in the Spring 2018 issue of the Journal of Economic Perspectives.

What can economics and social neuroscience learn from one another?

What can the 2011 Great East Japan Earthquake tell us about how men and women respond differently to traumatic events?