How do investments in the service sector affect economic growth in developing countries? 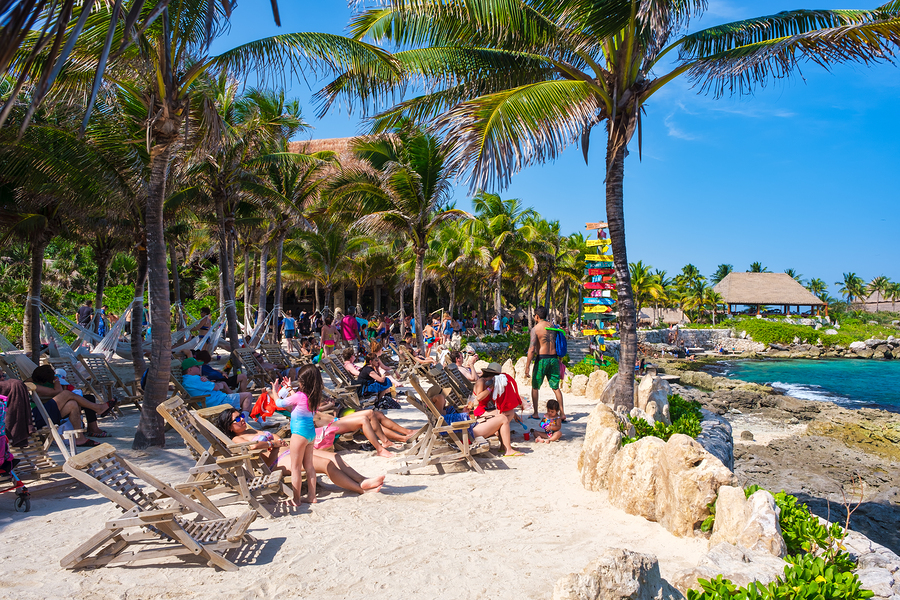 Tourists relax on a beach in XCaret park, Mexico.

White sand beaches can be a windfall for local economies, attracting free-spending beach vacationers who drop small fortunes on food, hotels, and entertainment.

But pristine coasts can be a study in contrasts, as some of the most renowned beaches are in the poorest countries. Developing a tourist-based economy could lead to prosperity, and yet, many policymakers have hesitated to encourage it.

“It’s not clear that tourism is something that is desirable over the long run for a country because it’s not as dynamic, or it’s not leading to much innovation,” said Cecile Gaubert, assistant professor at U.C. Berkeley, in an interview with the AEA. “It’s more stagnant as a sector compared to manufacturing. Because of that, a big question is whether or not developing tourism is good for a country or not.”

Research by Gaubert and her Berkeley colleague Benjamin Faber says tourism is, indeed, a good thing for local economies that provides a boost beyond service sector businesses.

A big question is whether or not developing tourism is good for a country or not.

Their paper in the June issue of The American Economic Review finds that beach tourism in Mexico had positive impacts not only on local hotel revenue and employment, but also helped manufacturers that produced non-tourist goods. The paper provides insights into the long-term impacts that the development of the service sector can have in developing nations, where manufacturing and agriculture often get the most attention.

In a globalized world, tourism has emerged as an important feature in developing economies. Over the past decade, goods and services sold to foreign visitors exceed manufacturing exports in 40 percent of developing countries. The study is based on Mexico, a country where domestic and international tourism started to become an important economic force starting in the 1950s and 60s.

Mexico has a per capita GDP of $9,866, roughly one-seventh of its neighbor to the north and on par with fast-growing nations like Brazil and China. Mexico is a critical link in the global supply chain for many US companies. And like Brazil, it has a vast coastline of world-class beaches that make it a popular tourist destination. Indeed, tourism is the most important services export for developing nations, growing 15 percent between 2003 and 2008, according to the United Nations.

International Tourism
The chart below shows the annual number of inbound tourists that each country received in 2016. The figures include anyone who has traveled to another country for a period of less than 12 months.
Source: World Tourism Organization (2016)

Faber and Gaubert used Mexico’s tourism industry as a way to study interactions between services and goods-producing sectors, and whether tourism could be a viable part of what economists call “agglomeration economies.” These are the benefits that come when different businesses and people locate near each other to form industrial clusters.

Traditionally, the services sector has been considered more stagnant over the long run compared to manufacturing, which is viewed to have higher potential for agglomeration and innovation.

It’s possible that developing a service-based economy based on tourism would lead to negative long-term effects by drawing resources away from sectors with higher growth potential.

Using GIS and satellite data to assess the relative attractiveness of tourist destinations, they looked at how local economies changed for these regions after the tourist industry took off in the mid-20th century.

But those positive spillover effects on manufacturing were offset at the national level, because gains from different businesses clustering together in tourist regions led to a decline in other places that were less touristy.

The overall long-term gains are still sizable, but mostly driven by the direct gains from tourism-related economic activity.

Faber and Gaubert said they hope the findings provide further evidence of the long-term economic effects of tourism development in developing countries.

"Tourism and Economic Develompent: Evidence from Mexico's Coastline" appears in the June issue of the American Economic Review.

How the growing service sector shrank the gender gap

A video about the role that the service economy played in leveling the playing field in the labor market.

This video explains why today's fastest growing urban areas are in poorer countries.