Reforms in funding for New York City’s public schools had consequences for the private school sector. 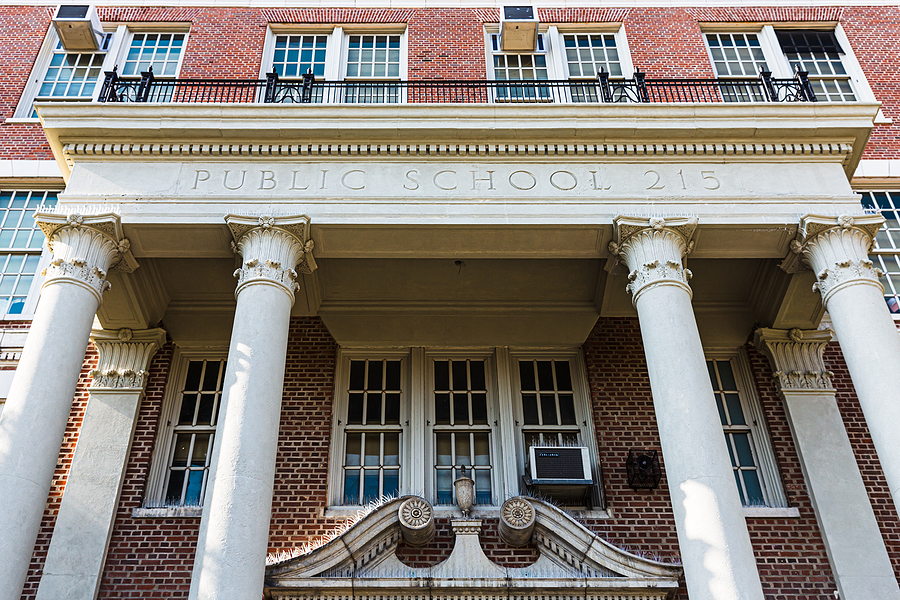 Parents in the United States have more alternatives than ever for their children’s schooling, with many considering a range of options from public to private to charter schools.

Although public and private schools operate under different financial models, there are important ways in which policies aimed at one can affect the other.

“When education policy targets one sector, the spillover effects on other sectors can be quite large,” Dinerstein said in an interview with the AEA. “It may cause policymakers to change the way they think about the effects on the original public school district.”

When education policy targets one sector, the spillover effects on other sectors can be quite large. It may cause policymakers to change the way they think about the effects on the original public school district.

In late 2006, a New York Court of Appeals decision called for more equal per-student funding across districts in the state. The largest beneficiary was New York City, which stood to receive $3.2 billion to be distributed based on a formula factoring in each school’s enrollment, academic standards, and special needs.

The authors collected data on school enrollments, budgets and expenditures, and student test scores to investigate how schools responded. Using a statistical approach known as difference-in-difference, they found that a funding increase of $1,000 per student for a public elementary or middle school led to a 6 percent decline in the number of nearby private schools.

School exits and entrants
The chart below shows the number of schools that opened and closed in New York City every two years between 2004 and 2012. It combines two separate datasets — the Private School Survey (PSS), which is used to track private school characteristics, and New York State Education Department (NYSED) data, used for public schools. The vertical line marks the implementation of the Fair Student Funding reform. 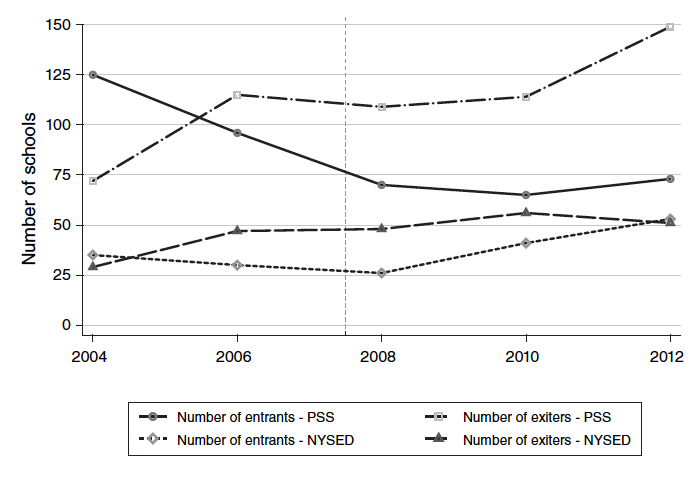 “[Schools invested in] more experienced teachers and you see improvements in test scores,” Dinerstein said. “They spend it in a way that local families value.”

The most vulnerable private schools were those with already low enrollments or those that didn’t distinguish themselves from what the public schools offered, either in educational curriculum or resources.

The findings reveal how financially fragile many private schools are, and how large an effect public policy has on them. The loss of a few students per grade was enough to force smaller schools to close, leading to even larger increases in public enrollment. The authors found that one-fifth of the enrollment increase in “winning” public schools—those that received additional  funding—was due to the shrinking supply of private schools.

Their study offers important policy lessons beyond private schools in New York. Tennessee has considered approving the third largest voucher program in the nation, which may significantly impact the growth of private schools in that state.

There are also questions about how the growth of charter schools will affect traditional institutions.

“A lot of similar dynamics could be at play between traditional public and public charter schools,” Dinerstein said.

“Quantifying the Supply Response of Private Schools to Public Policies” appears in the October 2021 issue of the American Economic Review.

State funding cuts during the Great Recession had lasting effects on student outcomes.