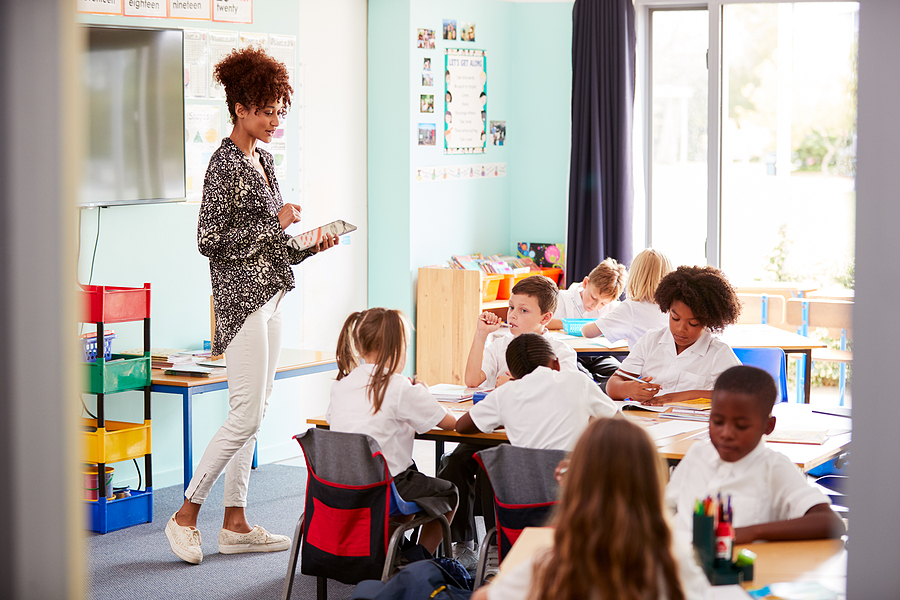 Plunging home prices and massive job losses are often mentioned in discussions of the Great Recession, but the effects of the recession stretched far beyond the housing and job markets. 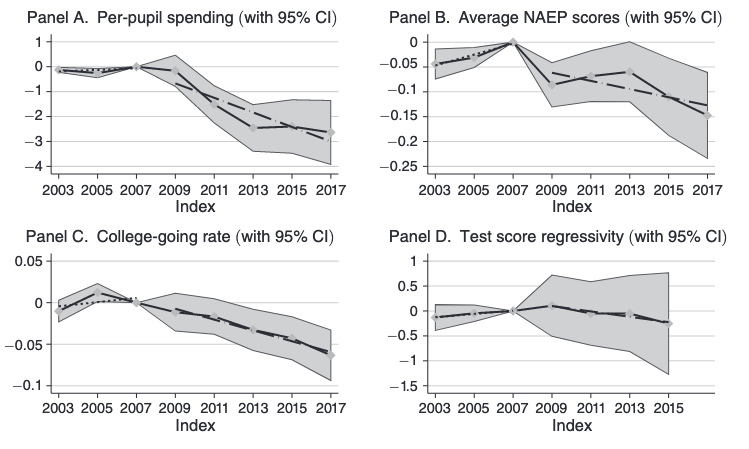 Figure 4 from their paper shows the effect that the recession had on per-pupil K–12 spending in thousands (2015 dollars), test scores (NAEP), and college-going rates by states’ reliance on state revenue. The lines with the diamond markers represent the per-year effect on schools that had an above-average reliance on state revenue. The dashed lines are the linear fit that shows the smoothed pattern pre- and post-recession, and the shaded areas are 95 percent confidence intervals of the individual year effects.

Prior to the Great Recession, outcomes in public schools that relied more heavily on state revenue sources were on a trajectory similar to schools in states that were less reliant. But that changed when the economy nose-dived in 2007. Reductions in per-pupil spending in those states most reliant on state aid during the Great Recession (top left panel) coincided with declines in NAEP scores (top right) and college-going rates (lower left).

The bottom right panel shows the impact on test score gaps by district-level poverty in states where public schools were heavily reliant on state revenues. While there was little evidence of a pre-existing trend prior to 2007, the slope turned downward in the years following the recession.

The findings highlight the consequences of shifting the responsibility for funding public education toward state budgets and how sustained spending cuts can impact educational equity.

“Do School Spending Cuts Matter? Evidence from The Great Recession” appears in the May 2021 issue of the American Economic Journal: Economic Policy.