An experiment in Bangladesh showed that its new urban workers can use mobile banking to help support their families in the countryside. 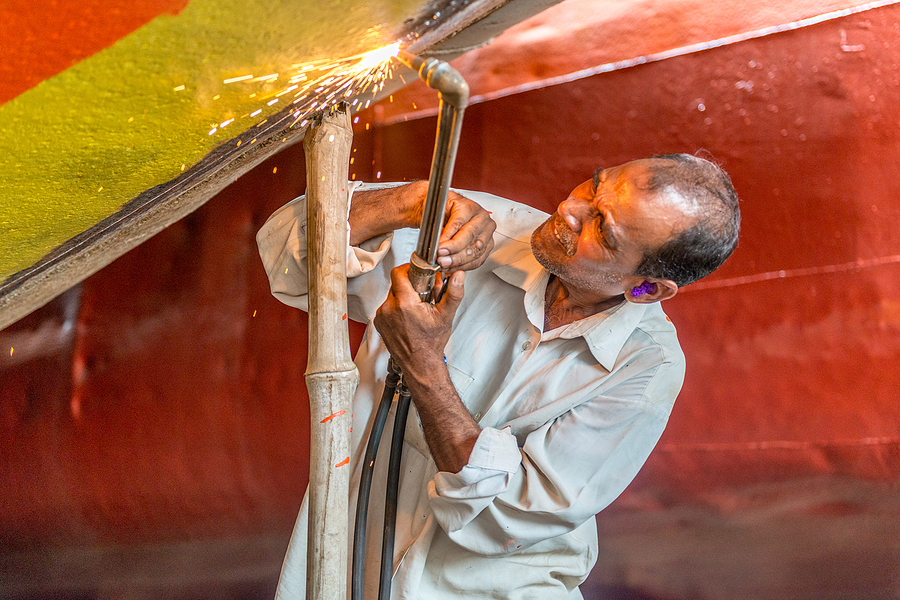 A worker repairs a ship in Dhaka, Bangladesh.

More than half the world's population lives in cities, and that number is expected to grow to seven in ten people by 2050. Hundreds of millions of those people come from the poorest regions of the world. And while they often move to cities to find a better life, they leave behind families in extreme poverty.

New financial technology could help these urban workers support their families back home far more effectively than before, according to a paper in the American Economic Journal: Applied Economics.

But unfortunately, the technology led to extra physical and mental stress among the new urban workers.

The authors chose to study the interplay between digital banking and migration in Bangladesh, a country experiencing rapid urban growth and extreme rural poverty.

“Increasingly, people living in the countryside are seeing that the opportunities aren't in the countryside, that often they'll do better by moving to a city where factories are blossoming and growing quickly,” Morduch said in an interview with the AEA.

The researchers teamed up with bKash—a Bangladeshi company focused on depositing, transferring, and withdrawing funds to and from electronic accounts on mobile phones. But the company wasn't focused on facilitating money transfers for the poorest citizens.

The executives assumed that impoverished people from the countryside were too poor and illiterate to use their services, according to Shonchoy. Having seen how creative urban workers could be at sending money back home, the researchers pushed forward.

“I thought in the back of my mind that it might work because people are quite smart,” Shonchoy told the AEA in an interview. “They can figure out how to manage it.”

The researchers randomly selected families from the rural northwest of Bangladesh that had a member move to Dhaka for work.

They found that a large number of participants used the technology after only minimal hands-on guidance and help signing up. By the end of the experiment, 70 percent of the treatment group had an active mobile banking account, while only 22 percent of the control group had one.

Access to mobile banking dropped the cost of sending money by an order of magnitude, and it made sending money safer so more money could be sent back. Overall, the authors found that mobile users increased remittances by more than 25 percent, and rural family members increased consumption by almost 8 percent.

Just as important, the speed with which money could now travel helped pay for time-sensitive purchases, such as medication and food, especially during the lean season in Bangladesh. 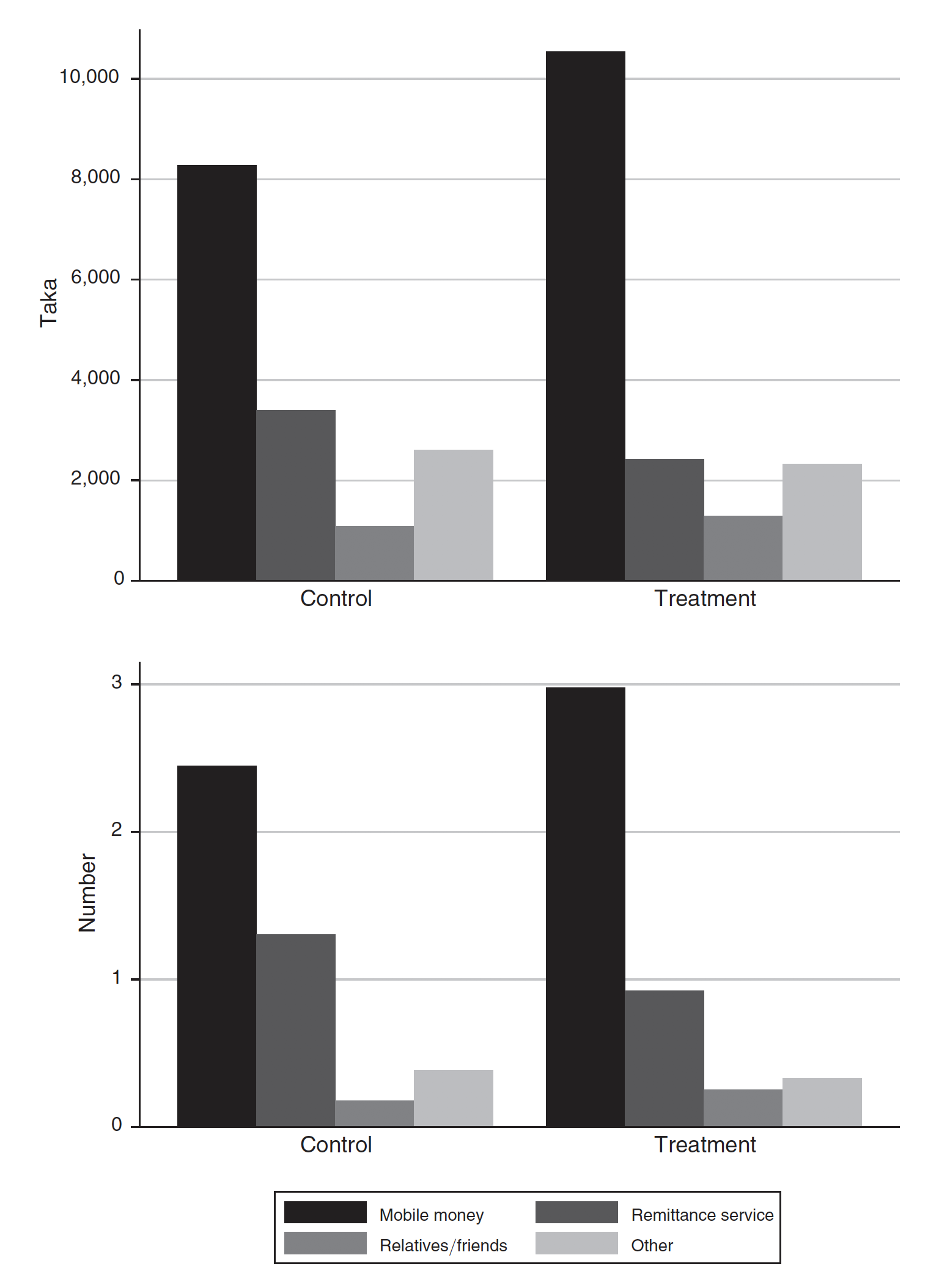 However, the ability to instantly send money appeared to put a significant amount of pressure on the urban workers.

They experienced higher levels of bodily pain, more emotional problems, and had fewer social interactions. The researchers weren’t able to determine the exact reason for the deteriorating health. But given the difficult and sometimes dangerous working conditions in factories, they suspected that longer working hours played an important role.

Global poverty is in many ways a rural problem. The authors’ work shows that international policymakers could do more to take advantage of the digital revolution in banking to help solve it. They can help families move their money to meet the most pressing needs.

“Most digital finance is targeted to richer markets and richer families, but we thought that because they’re poor that this technology can be really useful,” Morduch said. “They're the ones who need this technology that helps them connect better to their family members.”

“Poverty and Migration in the Digital Age: Experimental Evidence on Mobile Banking in Bangladesh” appears in the January issue of the American Economic Journal: Applied Economics. Subscribe to the monthly Research Highlight email digest here.

Access to basic accounts may not be enough to promote usage.