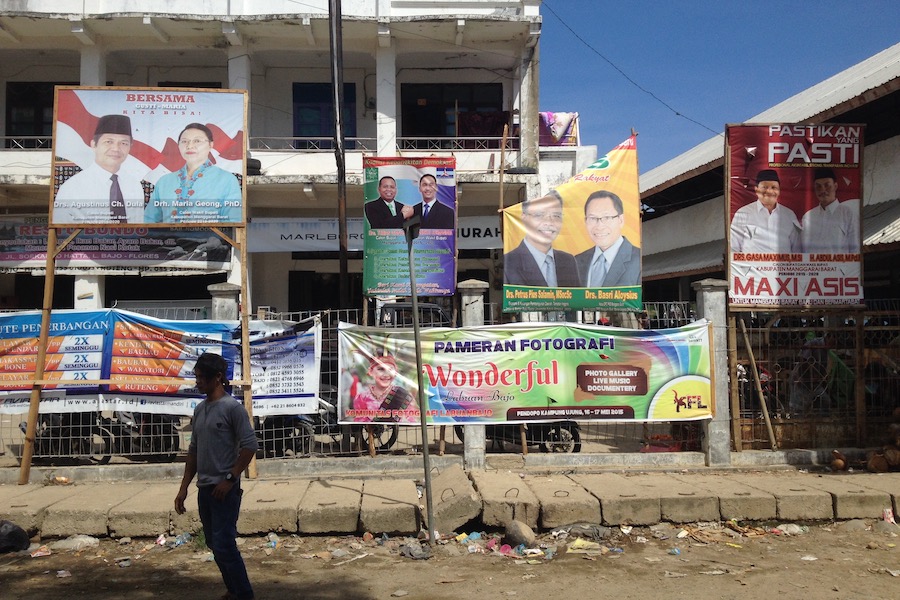 For many democratic leaders, redrawing political maps along ethnic lines appears to be an opportunity to reduce tensions between competing groups.

“When we alter the boundaries in which different groups vie for electoral power, that can have ramifications for either lessening or heightening some of these intergroup divisions that could potentially last a long time,” Gudgeon told the AEA in an interview.

The researchers put their ideas to the test in Indonesia. This young and diverse democracy is home to almost 300 million people and over a thousand self-reported ethnic groups.

Beginning in the late 1990s, the Indonesian central government dramatically increased the number of local governments. They embraced a process of splitting many old districts into two or more new districts—colloquially called “blossoming” in Indonesia.

“It’s like carving Texas in two, keeping Austin as the state capitol in one part and then creating a new capitol in the remaining part of Texas,” Gudgeon said. “But in Indonesia, with decentralization, these districts are responsible for even more than states are in the US.”

Overall, the number of Indonesian districts nearly doubled between 1999 and 2014.

Splitting up
The chart below shows the enormous growth of districts in Indonesia after 1999. These new districts were accompanied by a large shift in power from the central government to local governments. 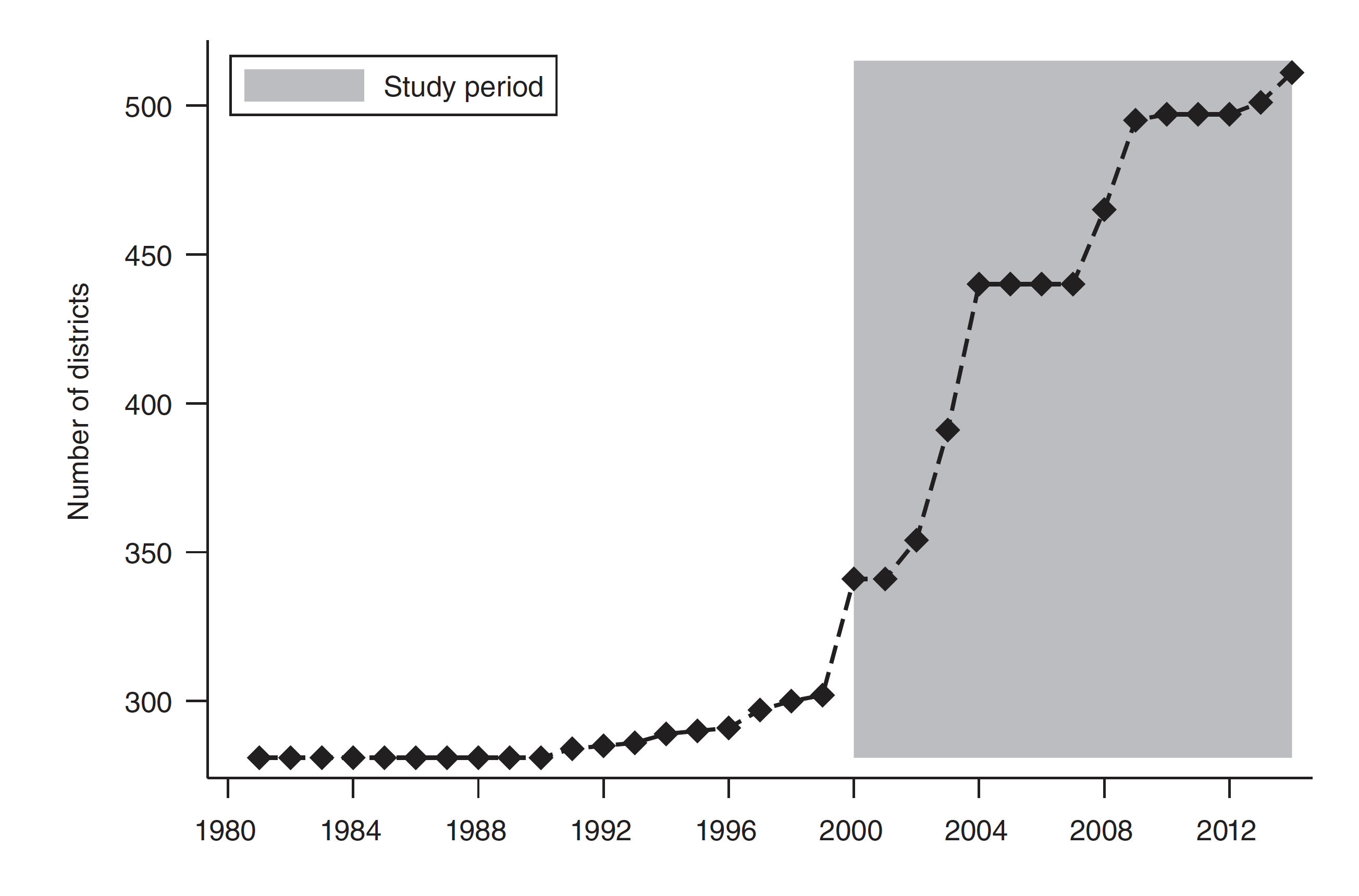 This was an intentional push to reduce sociopolitical tensions between ethnic groups. But despite policymakers’ best efforts, splitting districts into more numerous and homogenous units didn’t reduce the number of conflicts, according to Gudgeon.

In theory, fewer ethnic groups vying for control of local democratic offices could reduce tensions. A polity with fewer cleavages has less to fight about.

But for Indonesia, it wasn’t always possible to make political units align perfectly with ethnicity. In many cases, redrawn, smaller districts still had two or three major ethnic groups. Sometimes the few remaining groups were very distinct in terms of language, culture, or other features, which highlighted the differences between them.

The authors quantified the impact of this polarization by studying newspaper archives that captured over 230,000 violent incidents across the country from 2000 to 2014—largely ranging from burning political posters to serious attacks on rival party supporters—along with census data on ethnicity.

Their estimates revealed that social conflict was especially intense when the stakes were high, particularly in two cases.

When we alter the boundaries in which different groups vie for electoral power, that can have ramifications for either lessening or heightening some of these intergroup divisions that could potentially last a long time.

First, violence around winner-take-all elections, such as mayoral races, was especially prevalent after splits. And second, conflict appeared more intense in so-called child districts, where a new capitol and local administration had to be built.

Building the infrastructure for the new local governments was an enormous chance to spend money and staff bureaucracies. That power was highly coveted among groups with newfound opportunities. Without established precedents for basic democratic processes, such as counting ballots, it created more room for conflict and frustration.

Indonesia isn’t the only country struggling for better harmony among competing groups. And while the specific circumstances differ in each country, the underlying mechanics of redrawing borders and decentralizing governance are the same.

Policymakers that want to bring governance closer to its citizens should be wary of polarizing forces, according to Gudgeon.

“When you do create a new electoral context, it's important to give adequate resources to plan for the transition, like safety during the first election,” Gudgeon said. “I think it's good to invest in the state’s capacity.”