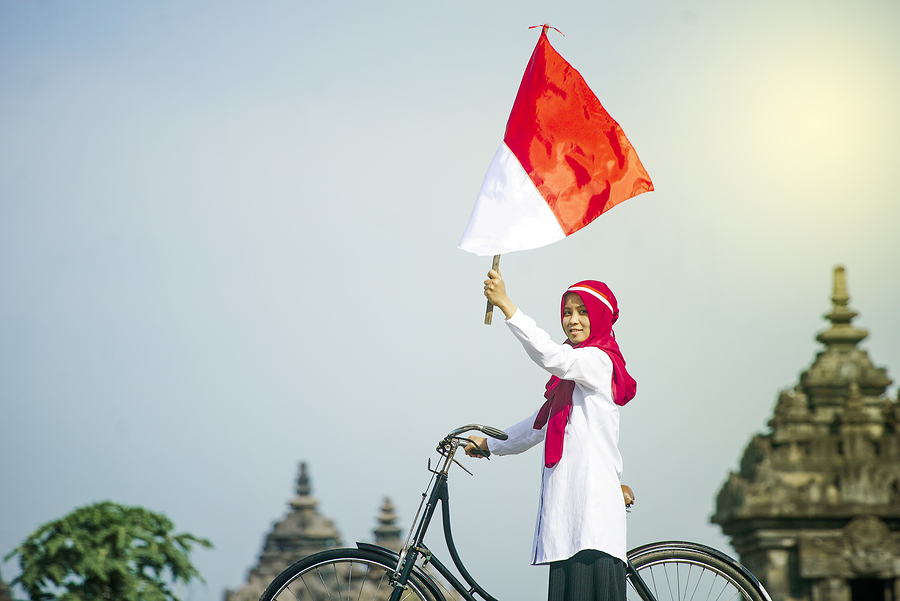 Indonesia has been more successful than most developing countries at building a national identity.

As violent conflict, natural disasters, and climate change displace people in many parts of the world, countries are struggling to welcome vulnerable migrants and preserve social harmony within their borders.

When strife flares up between groups, critics are quick to blame this growing diversity for reducing solidarity and sowing mistrust.

However, more than just diversity seems to determine the success or failure of maintaining national unity, according to a paper in the November issue of the American Economic Review.

Authors Samuel Bazzi, Arya Gaduh, Alexander Rothenberg, and Maisy Wong found evidence in Indonesia that villages with many small ethnic groups were better able to integrate than those with a few large groups—and having a national identity was key.

“Identity shapes our beliefs, our attitudes, and a lot of the ways we interact in the marketplace,” Bazzi said in an interview with the AEA. “What we don't know is whether identities can change or what role diversity might play in changing identity.”

Indonesia is the poster child for developing countries that govern ethnically distinct and geographically expansive populations. And importantly for the researchers’ study, the island nation encouraged a common identity through a resettlement program that fundamentally changed how many of its ethnic groups interacted.

In the 1980s, the Indonesian government relocated two million migrants—mostly poor farmers—into hundreds of new communities. The controversial program aimed to relieve population pressure on the main islands of Java and Bali by voluntarily moving citizens to Indonesia’s Outer Islands.

The Outer Islands
The map below shows the sites of Indonesia's Transmigration program, one of the largest resettlement efforts in history.

Policymakers believed that the program would put ethnic groups in more contact with each other, which they hoped would lead to an Indonesian identity that superseded local identities. Fortunately for the authors, the government assigned migrants to villages haphazardly and enforced quotas for native Outer Islanders, ensuring a quasi-random, diverse mix of settlers.

Whether or not the families in the resettled villages saw themselves as primarily Indonesian 30 years later was tricky to determine. But experts have long seen language as central to political identity.

Using the 2010 Census, the researchers proxied a village’s chosen identity with the number of households that spoke Indonesian at home rather than their own ethnic language.

Fractionalization captures how many small groups are in a village, and polarization measures to what extent a village is dominated by a few large groups.

While some villages didn’t fit the pattern, on the whole, people from more fractionalized villages were more likely to use the national language at home compared to polarized villages.

For example, in some moderately fractionalized villages with relatively lower levels of polarization, about 30 percent of households spoke Indonesian at home. But that number dropped to less than 5 percent if the village was instead highly polarized.

Villagers appeared to find refuge in their ethinic identity in polarized communities, according to the authors. The need to cooperate with culturally different neighbors became much lower when their own group was larger.

Identity is at the forefront of a lot of the political challenges that we're facing in developed countries. But it's also fundamental to what's happening in developing countries.

Moreover, a large group can be a threat. If it's big enough, it could potentially take over local institutions and assert cultural dominance.

In fractionalized villages, no one ethnic group posed such a serious threat. Resettled farmers from different backgrounds could learn from each other or open up new trade opportunities, as long as they could see their neighbors as fellow Indonesians.

The two forces powerfully altered the incentives to invest in a shared identity, but villagers also needed to be physically close to one another. If they were segregated, then neither force played a major role.

Mixing different groups can create tension, but it may be unavoidable given that migration around the world looks like it will only continue to grow. When governments are forced to resettle communities, they should be sensitive to identities and be wary of polarizing groups.

“Identity is at the forefront of a lot of the political challenges that we're facing in developed countries,” Bazzi said.  “But it's also fundamental to what's happening in developing countries.”

“Unity in Diversity? How Intergroup Contact Can Foster Nation Building” appears in the November issue of the American Economic Review.

The Taliban recognized the importance of elections and made them a primary target.

Economic nationalist and isolationist policies being championed in western Europe include groups across the political spectrum.