Stepping back from the cash cliff

How much does disability insurance discourage work? 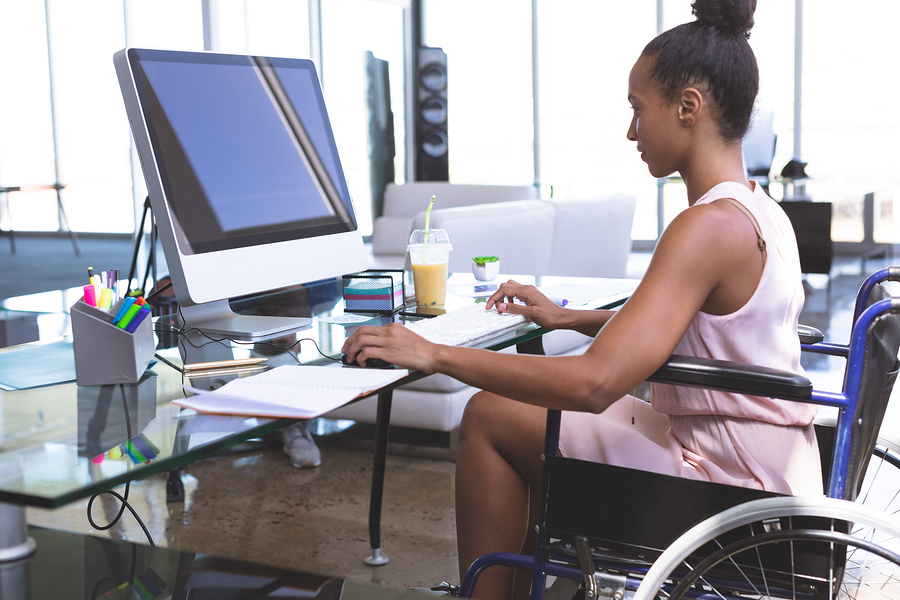 Many baby boomers who are too young to retire have turned to disability insurance as they’ve gotten older and sicker. In the US, the share of people on disability rolls has more than doubled since the 1990s.

The rise has caused alarm among researchers and policymakers, and the program’s design could be making the situation worse, according to a paper in the American Economic Journal: Economic Policy.

Authors Philippe Ruh and Stefan Staubli looked at a social program in Austria to get a better understanding of how the working disabled get caught between losing benefits and full-time work. They found that a significant number of Austrians on disability from 2001 to 2012 cut back their hours from fear of making too much money and losing their support.

How governments address this issue could have a big impact on their budgets and the well-being of their disabled citizens.

We often think that work can give you an identity or a sense of purpose. It should be a goal for society to try to bring these people back into work if possible.

Austria’s disability insurance is only offered to those who have a serious medical condition and earn less than €439 (around $500) a month. If a recipient makes more than this so-called cash cliff, their benefits could be cut in half or completely lost.

Such a severe cut means some beneficiaries may actually take home more money by working less, or leaving the workforce altogether. The average Austrian beneficiary lost around 10 percent of their total income when their earnings exceeded the income threshold by a single euro.

Many of these disabled workers have a difficult choice to make.

“These people are often uncertain whether they really can sustain work activity over a long period,” Staubli said in an interview with the AEA. “And there is very little incentive for them to try out whether they can go back to work.”

In fact, Austria’s social security data revealed that a significant number of beneficiaries worked just enough to stay below the cutoff.

Although completely irrational according to Staubli, there were still many whose earnings were just above the threshold. This could be because people don’t understand how the rules work. Or it could be evidence that renegotiating work contracts is costly and takes time.

Within a year though, most beneficiaries reduced their earnings and moved below the threshold.

If the threshold were removed, recipients would have earned nearly €200 more per month—roughly 45 percent more for those at the cutoff.

The size of disability insurance rolls
The chart below shows the share of twenty-five- to sixty-four-year-olds on disability in Austria and the US. The share of Austrians on disability has declined from a high of over 5 percent since the late 90s, but remains high. And disability benefits in the US have only become more and more important to Americans. 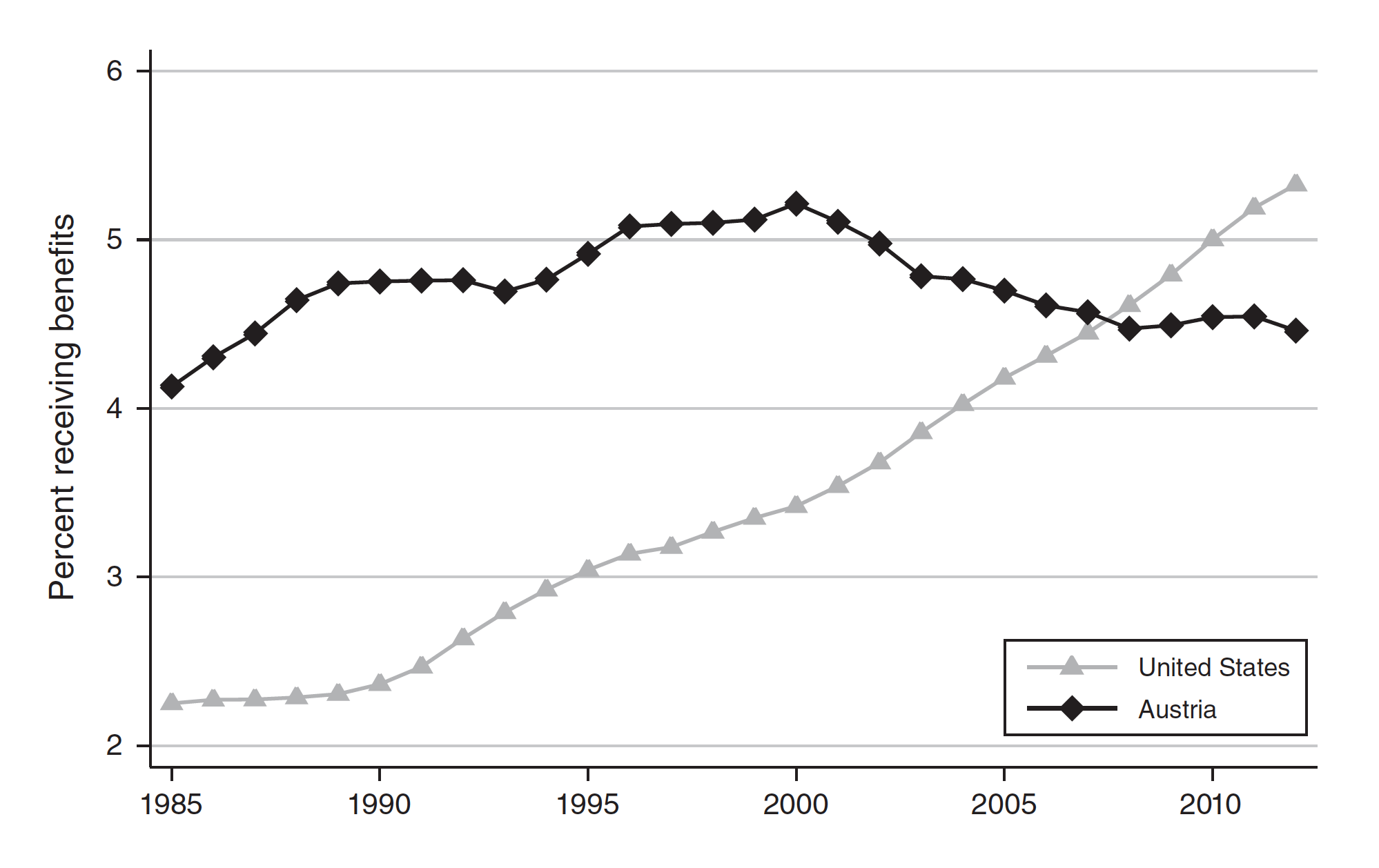 It would appear that Austrians were very responsive to the cutoff. But it turns out that the dropoff in benefits was so big that the elasticity—a measure of earnings responsiveness—is actually quite small. Reducing the amount of benefits people lose at the threshold by 1 percent would only increase earnings by 0.27 percent. It takes a really big financial incentive to get the working disabled back into a full-time job.

This small elasticity may help explain why attempts in other countries to soften the transition between benefits and work haven’t worked as hoped.

Relaxing Austria’s earnings requirement would help recipients get back to work. It could also help the government’s budget. If the disabled worked more, the government would collect more income and payroll taxes.

There is a tradeoff though. A higher cutoff would encourage more people to apply for disability insurance, which could strain government finances even more. In fact, the authors calculate that payouts for new applicants would likely overwhelm any increase in income tax revenues.

However, many factors unique to Austria’s situation go into this conclusion. A younger, more responsive disabled population or a higher initial threshold may change how much the government or the disabled benefit from increasing the income cutoff. Regardless, the overall objectives should be the same.

“We often think that work can give you an identity or a sense of purpose,” Staubli said. “It should be a goal for society to try to bring these people back into work if possible.”

"Financial Incentives and Earnings of Disability Insurance Recipients: Evidence from a Notch Design" appears in the May issue of the American Economic Journal: Economic Policy.

Should welfare require a period of job search?