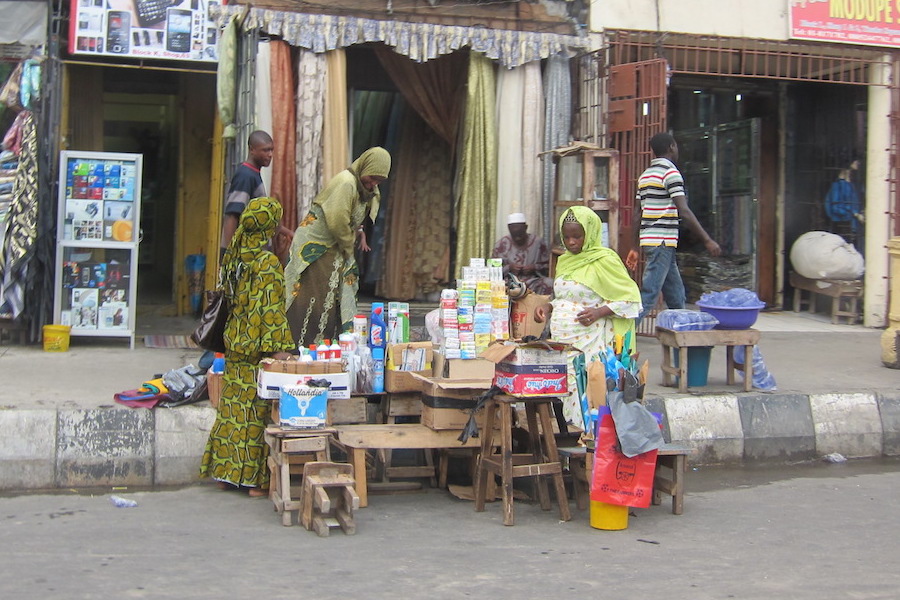 Businesses in Lagos, Nigeria during 2010

In developing countries, governments typically encourage entrepreneurship by funding business trainings, associations, and other costly programs. However, there is another strategy: giving money directly to the people who can use it.

It sounds risky. People might use the cash to build businesses that create jobs and promote innovation, but even the best entrepreneurs can fail. David McKenzie, Lead Economist at the World Bank’s Development Research Group, wanted an answer: “Governments spend all this money...and it’s not always clear that they get the intended effects. If you just give money to promising people, can you get a better outcome?”

In a new paper in the August issue of the American Economic Review, McKenzie found that funding entrepreneurs is highly effective. He analyzed the Youth Enterprise With Innovation in Nigeria (YouWiN!) business plan competition, which attracted over 24,000 applications throughout Nigeria.

Successful applicants were invited to attend a business training where they learned how to develop a detailed business plan. A panel then scored their plans and awarded the prizes. Nearly 1,200 entrepreneurs won, and each business received an average of $50,000.

If you just give money to promising people, can you get a better outcome?

Winners included a woman who upgraded her paint manufacturing equipment to compete with imported paints, a catfish farmer who wanted to expand his production, and an entrepreneur who starting a dry cleaning business in an area without dry cleaners.

Three years after applying, the experimental winners with new businesses were thirty-seven percentage points more likely to be operating a business than the people who were not awarded any money. Experimental winners with existing businesses were twenty percentage points more likely to have survived. The average employment of the new businesses doubled that of those who did not win a grant, and the existing firms boosted employment by eighty percent. On the whole, the competition created 7,027 jobs.

Building businesses
Applicants who won merit prizes and applicants who were randomly selected to receive a grant (experimental winners) increased their number of workers, thereby boosting Nigeria's job growth. This was true for entrepreneurs who wanted to expand their existing businesses as well as for those who developed new businesses. 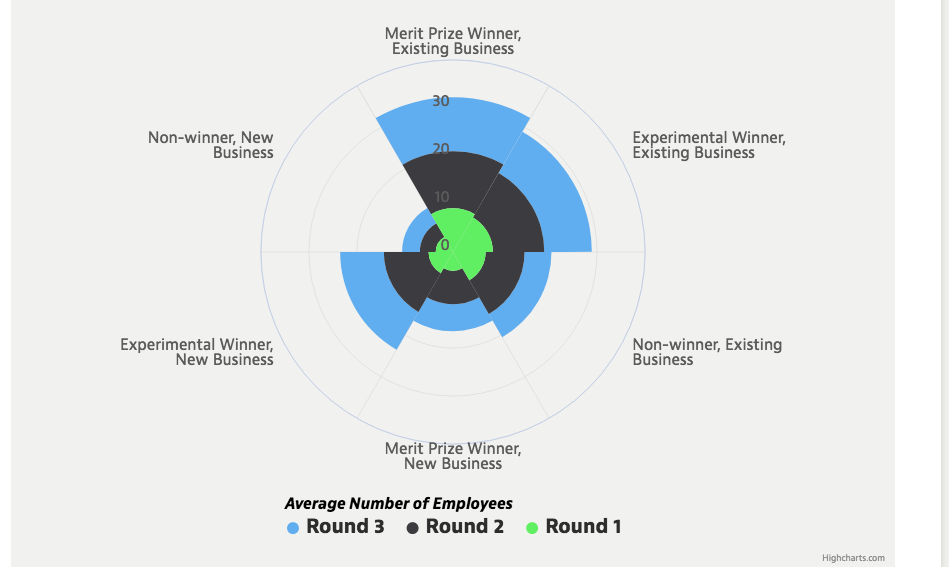 Because moving from an economy based on self-employment toward one characterized by firms with many workers is a signal of economic development, another goal of the competition was to boost the number of workers per company. Here again, the competition was successful. Experimental winners were about twenty percentage points more likely to have ten or more workers than their counterparts — a result that is especially significant in Nigeria, where 99.6 percent of companies have fewer than ten employees.

Plus, these businesses were introducing new products, processes, pricing methods, quality control systems, and other innovations. Like the dry cleaners, much of this innovation, although not new to the world, was still impactful because it was new to parts of Nigeria.

McKenzie thought he had finished his paper when a recession hit, jeopardizing the businesses’ success. So, he went back to collect another year of data. “The main results were there,” McKenzie says, “but what happens when the country changes dramatically in terms of its economic conditions?”

As it turns out, the businesses were resilient to the economic downturn.

McKenzie also noted that the impact was not coming from increased confidence, mentoring, business connections, or outside financing. The grant alone was enough for entrepreneurs to create these positive changes by enabling them to buy land, buildings, and equipment. And, the cost of the competition per job created was only $8,538, which is a bargain compared to similar initiatives.

Given the success of the competition and its lasting effects, McKenzie would like to see more places try it. “This could be implemented quickly and at a large scale when forces are in motion,” he says, describing how smoothly this project came together. “There’s no reason it shouldn’t be done more often.”

"Identifying and Spurring High-Growth Entrepreneurship: Experimental Evidence from a Business Plan Competition" appears in the August issue of the American Economic Review.