When place matters most

Moving to nicer neighborhoods has lasting effects on kids' outcomes, especially in their teenage years. 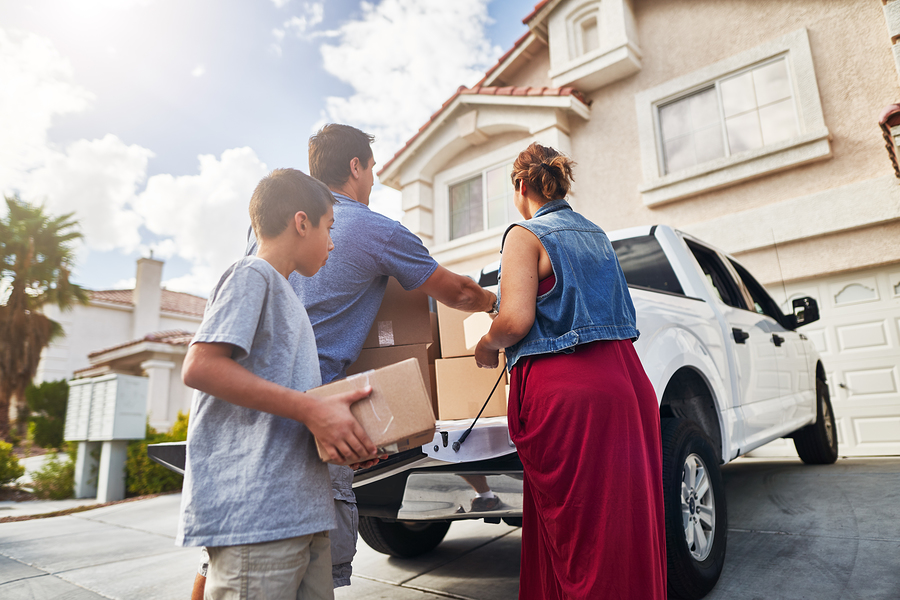 Moving to a wealthier neighborhood can have significant long-term impacts on children, particularly in adolesence.

Living in a nice neighborhood means more for kids than enjoying the immediate comforts it provides.

There’s growing evidence that it means a better life in adulthood too.

But knowing why a place shapes children’s prospects, and when it matters most, is just as important to designing community development policies as knowing that it matters.

A paper in the April issue of the American Economic Journal: Applied Economics says that where a child lives during their adolescence has the biggest impact on their future prospects.

Author Nathan Deutscher found that kids in Australia who moved earlier to places with better outcomes had higher incomes in their 20s compared to peers who moved later in childhood. And while the effects were present throughout childhood—every year in a good neighborhood counts—the biggest impact came after age 11.

“I wanted to see whether the recent methods and findings in the United States held up just as well in a very different setting—Australia. And they did,” Deutscher said in an email interview with the AEA. “And beyond establishing that place matters, for policy-makers knowing when and why a place might matter can be just as important. The Australian data allowed me to tackle some of those questions.”

Deutscher’s paper adds to a growing body of research around the impact that a place has on a child’s opportunities later in life. Raj Chetty, Nathaniel Hendren, Eric Chyn, and others have shown profound long-term effects on social mobility when kids move to higher socio-economic areas.

It’s long been known that some places have better outcomes for kids from poor backgrounds than others. But it’s difficult to know why. One approach is to look at kids who move at some point in childhood. If classmates living in the destination town do better than the friends they left behind, do the kids who move pick up some of this earnings gap?

Simply comparing kids that move to those that don’t ignores a lot of potential causes. It could be that families who move to better neighborhoods are more invested in their children. Thus, their children’s success later in life has more to do with family support, regardless of where they live. It’s a “self-selection” issue.

Place Matters
There is growing evidence that moving to a wealthier place can improve children's economic prospects in adulthood. Nathan Deutscher found evidence of this in Australia, replicating evidence that Chetty and Hendron found in the US. However, Deutscher found that children in adolesence had a stronger bump in the rate at which they closed the income gap after moving. 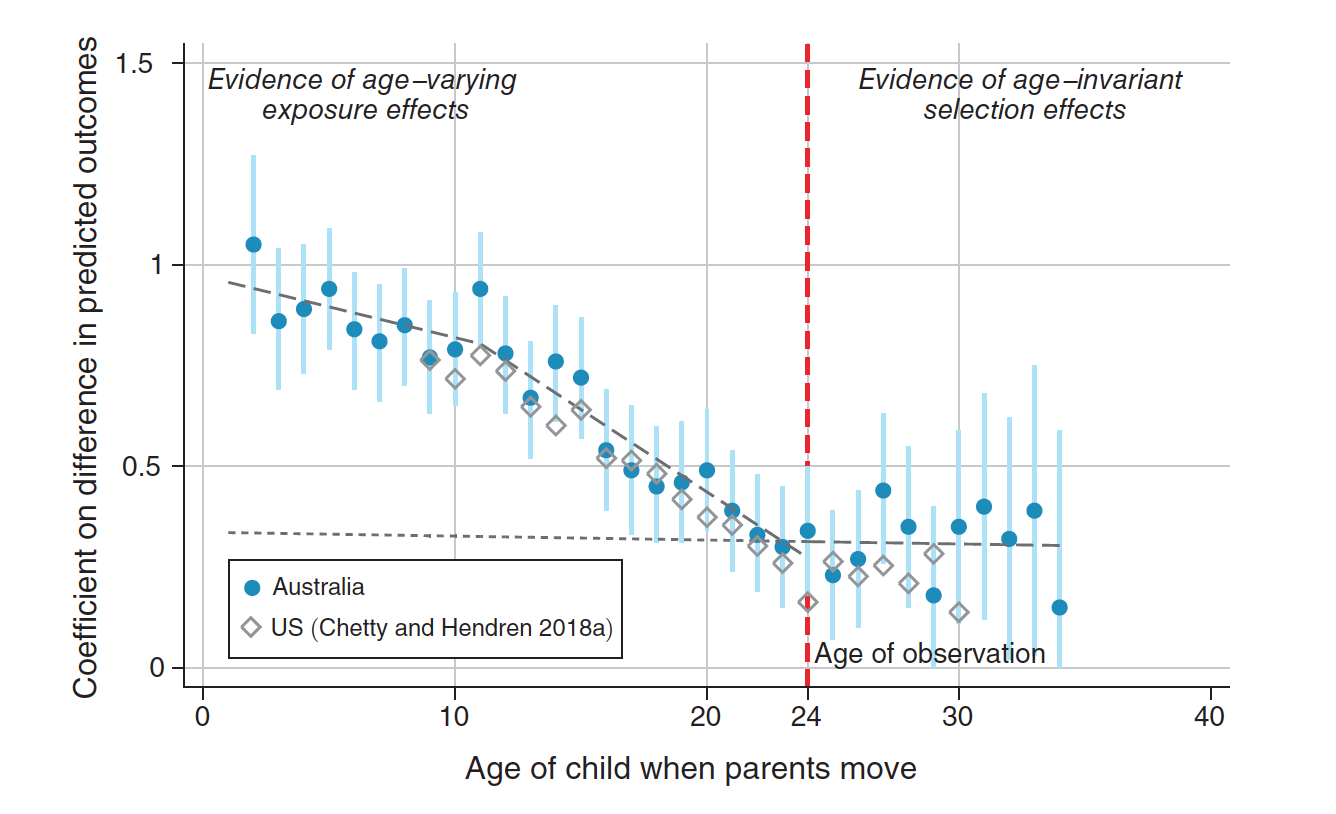 Digging deeper, Deutscher looked at how the effects change at different ages. His approach assumed there was little relationship between a kid’s age when they move to a better area and any unobserved factors that might matter for their later success. The effects driven by self-selection weren’t likely to change much when a child was a toddler or a teen. It’s a strong assumption, but one that held up under a variety of tests.

Deutscher then compared children who moved at different ages. If a five-year-old moved to a better area, how much of the expected earnings gap would they be able to close relative to someone moving a year later, at age six?

Deutscher found that such moves impacted children at all ages, but the effects were biggest for adolescents. Before age 11, the rate at which they close this gap was around 1.1 percent for each year the child spent in the new place. After age 11, the rate of convergence was around 4.2 percent.

Even in a highly mobile country like Australia, we can learn something about what helps children succeed by looking at differences between places.

The effects were still meaningful despite the fact that Australia has less economic inequality than the United States, where previous studies have been done. A person’s ability to “move up the ladder” was not as wildly different from one neighborhood to another as it is in the US.

“Even in a highly mobile country like Australia, we can learn something about what helps children succeed by looking at differences between places,” Deutscher said.

His findings echoed Chetty and Hendren’s research and have significant implications for policymakers. Programs that help poor families enjoy the benefits of places with more robust resources could have a meaningful impact on poor children’s development.

There are also costs to disrupting children’s lives from a move. Rather than crafting incentives to relocate to better areas, the research suggests policymakers may want to try to replicate the factors that matter most to achieving better outcomes.

The question of why is more slippery. Access to good schools or jobs play a role. One factor Deutscher examined is the influence of peers. He found that those born into higher-income birth cohorts than typical for their zip code tended to end up with slightly higher incomes themselves. But exactly how those peers are exerting their influence is unclear. It could be the peers themselves—ambitious friends having an influence on each other—or maybe the parents of peers serving as important role models.

“[W]here you grow up matters in part because it determines who you grow up with—your peers and role models,” Deutscher said. “And these relationships outside the family are plausibly more important to teenagers than toddlers.”

These are questions for future study. But there is no doubt that place matters. A child’s environment can have significant impacts on their economic standing for a very long time.

“Place, Peers, and the Teenage Years: Long-Run Neighborhood Effects in Australia” appears in the April issue of the American Economic Journal: Applied Economics.

Staying put or moving on?