Staying put or moving on? 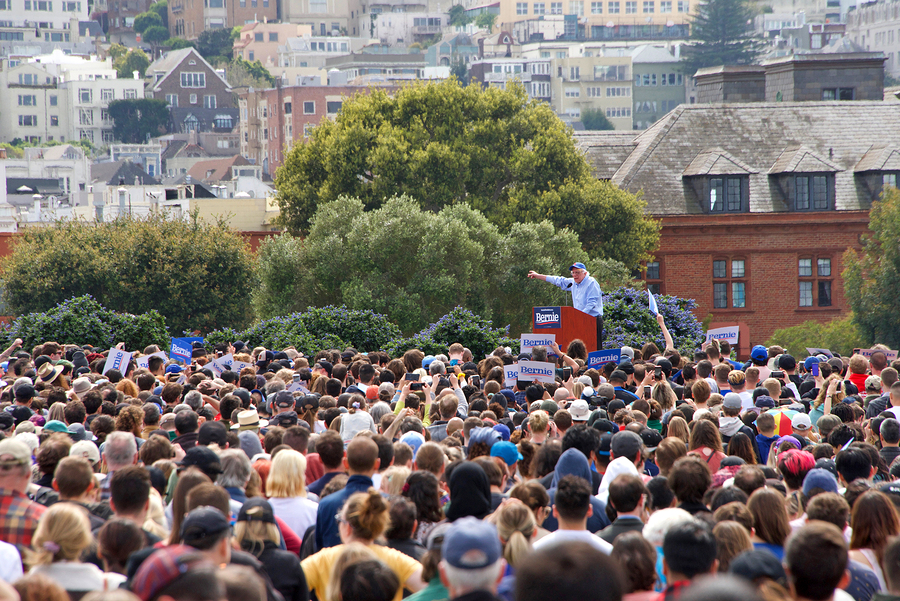 Bernie Sanders campaigning in San Francisco. Included in his housing plan is a nationwide rent control.

Recent proposals for a nationwide rent control are nothing if not divisive. The left-wing Jacobin called them “the new benchmark for progressives on housing,” while the right-wing Washington Examiner said Bernie Sanders’ plan was “a pie-in-the-sky fantasy completely detached from reality.”

Opinions are clearly strong, but there’s surprisingly little hard evidence about what rent controls actually do to local housing markets, according to a paper in the September issue of The American Economic Review.

Authors Rebecca Diamond, Tim McQuade, and Franklin Qian helped fill that gap by studying what happened to tenants and landlords after a rent-control measure in San Francisco was passed in 1994.

One of their main results can be seen in Figure 4 from their paper, which shows that rent control made people less likely to move out of their apartment, as well as out of San Francisco.

In both panels, the dashed red line shows the yearly deviation from the trend in median rental rates. The grey line in Panel A represents the likelihood that someone in a rent-controlled unit stayed in their 1993 address compared to someone whose home wasn’t regulated. Panel B is the same, except that it shows the likelihood a tenant stayed in San Francisco. (The shaded areas are 90 percent confidence intervals.)

For rent-control advocates, this is evidence that these measures help keep people in neighborhoods where they have valuable connections to family, friends, schools, and jobs.

However, the researchers also found that landlords made extensive use of loopholes in the law. By redeveloping buildings and converting units to condos, they circumvented rent controls and shifted the city’s housing supply towards homes that only the wealthy could afford—likely pushing up citywide rents in the long run.

In the end, the two effects increased inequality in San Francisco by shielding low-income residents from rent hikes and by encouraging real-estate developers to cater to higher income individuals.

The Effects of Rent Control Expansion on Tenants, Landlords, and Inequality: Evidence from San Francisco

Using a 1994 law change, we exploit quasi-experimental variation in the assignment of rent control in San Francisco to study its impacts on tenants an...