European domestic banks were more likely to buy bonds issued by their governments when default looked imminent. What persuaded them? 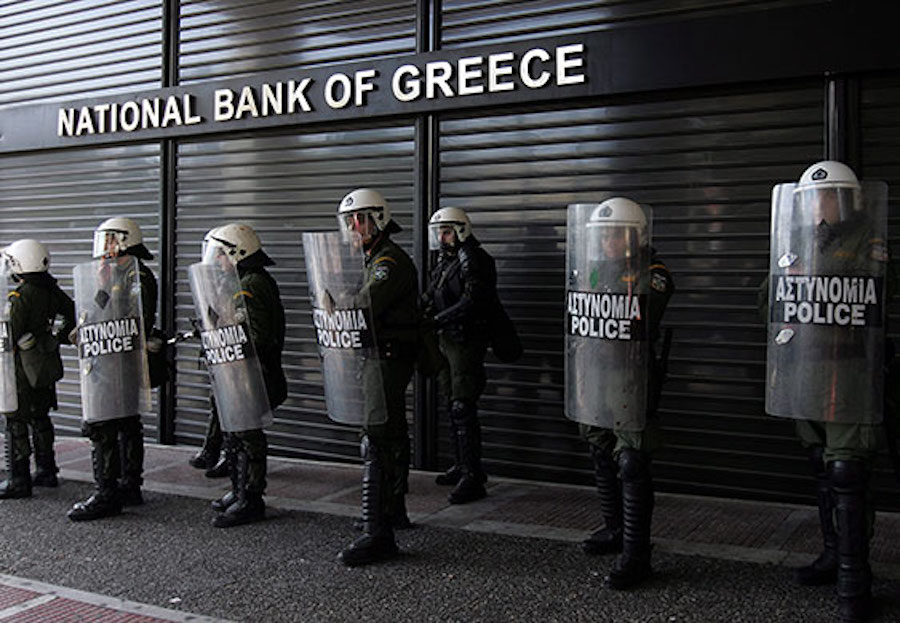 Tens of thousands of striking Greek workers took to the streets, some throwing stones at police, in a defiant show of protest against austerity measures aimed at averting the debt-plagued country’s economic collapse in 2010.

The financial crisis in 2008 exposed the weak underpinnings of the global banking system, but certain European countries were having unique problems of their own.

Due to a variety of reasons—sloppy accounting, poor investments, political miscalculations—government bonds in both large and small economies were being shunned by investors. By 2010, Greece, Ireland, and Portugal struggled to refinance their debt; the following year, so did Italy and Spain.

But there were still pockets of support. Domestic banks proved more willing to trust their host governments. Between 2008 and 2013, sovereign bond holdings of European banks increased to more than 5 percent of total assets, from 2 percent, driven largely by banks in countries under intense fiscal stress.

A paper in the October issue of the American Economic Journal: Macroeconomics examines the potential motivations of these banks in stressed countries to increase their exposure at a time of crisis. Authors Steven Ongena, Alexander Popov, and Neeltje Van Horen examine the extent to which these banks were pressured to buy debt from their local governments.

“Many economists and policy makers believed at the time that governments would be forced to turn to domestic banks for help, and that it would be in the interest of domestic banks to do so, a mechanism known as ‘moral suasion,’” Popov said in an email interview with the AEA. “However, serious evidence was absent, and we set out to provide it.”

Recent research has pointed toward this “moral suasion” argument, but it has been difficult to separate it from other motivations for purchasing sovereign bonds. 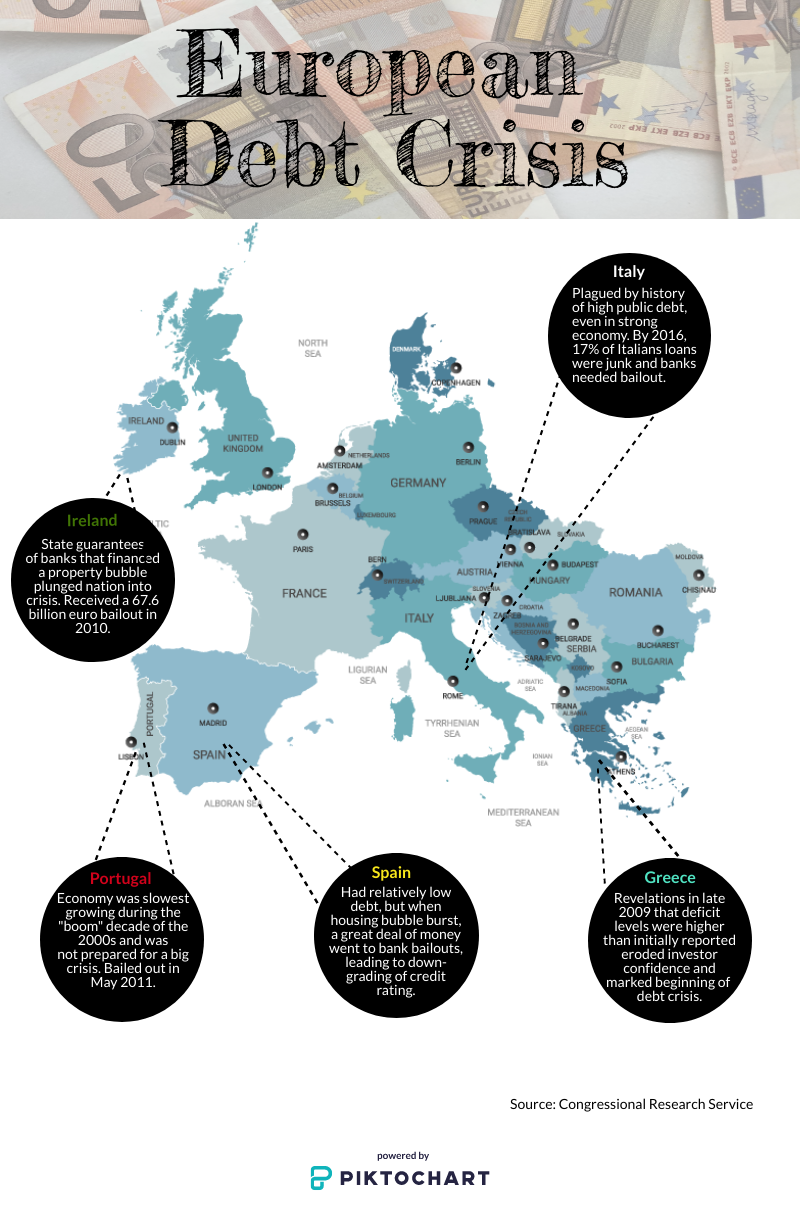 A bank, reasoning that government instability threatens its own viability more than the risky debt itself, might be more willing to buy sovereign debt. When bond yields are high, it’s a potentially profitable gamble. The authors wanted to know to what extent such “risk shifting” and moral suasion could explain domestic banks’ behavior.

The authors used monthly financial data only recently made available by the European Central Bank to examine how various banks responded differently to fluctuating amounts of sovereign debt that urgently had to be refinanced because it was maturing.

During the sovereign debt crisis, domestic banks were substantially more likely than foreign banks to buy debt issued by their home country. But this difference was much stronger during months when a large amount of sovereign debt needed to be refinanced.

The effects were especially strong for banks that had received government support in the past, as well as institutions that were smaller and less well-capitalized. State ownership and political affiliation didn’t seem to matter, suggesting that moral suasion wasn’t necessarily because of direct government pressure. Rather, weaker banks either owed the government a favor or were trying to get on good terms with regulators in anticipation of needing help at some point in the future.

[I]f they start purchasing more sovereign bonds, they often have to cut lending to firms and households.

This is a perfectly rational response by banks, potentially normalizing bond yields and providing stability that helps the government avert a catastrophic default. But there is a downside, Popov said.

“The downside is that banks can spend the same euro on public debt or on private investment,” he said. “As a result, if they start purchasing more sovereign bonds, they often have to cut lending to firms and households.”

Thus, persuading domestic banks to buy this debt is a last resort for governments on the brink of default. It may help avert immediate threats of default and restore financial stability, but reduce private sector activity over the short run.

Also, even having this as an option could encourage governments to be less fiscally disciplined. That’s why it’s important to put mechanisms in place that would force the government to reduce the public debt to reasonable levels, Popov said. It is also crucial to weaken the sovereign-bank loop with better supervision and regulation that does not treat sovereign debt as risk-free under all circumstances.

“The Invisible Hand of the Government: Moral Suasion during the European Sovereign Debt Crisis” appears in the October issue of the American Economic Journal: Macroeconomics.