Patterns of US migration

How do social networks influence where migrants choose to settle? 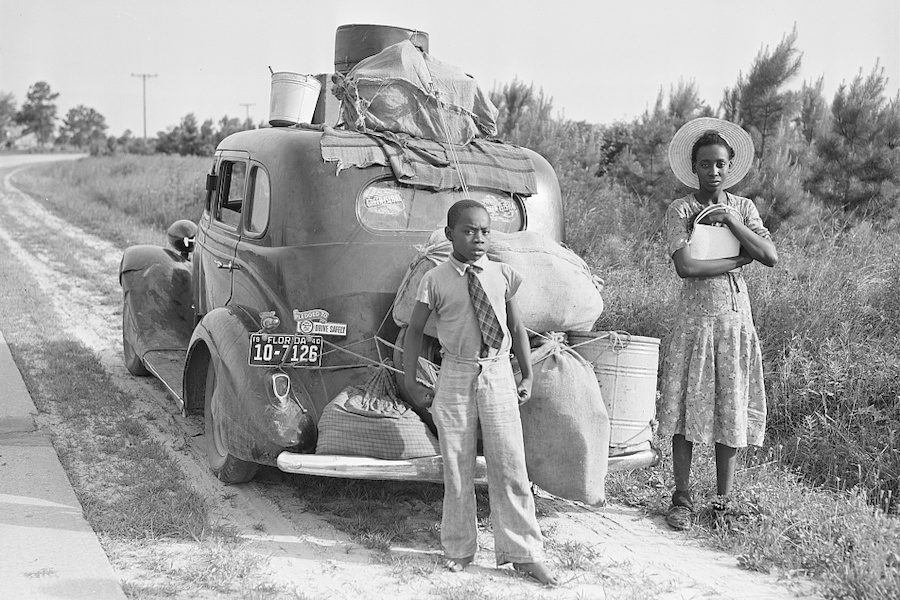 Black southerners fanned out across the US during the Great Migration.

Two mass migrations in the mid-twentieth century significantly reshuffled the population of the United States.

The first, starting in roughly 1910 and lasting until the 1970s, saw nearly 6 million Black Americans leave the South to avoid persecution and find a better life. The second was the depopulation of the Great Plains, spurred by the Dust Bowl years of the 1930s.

Both groups of migrants fanned out across the United States, but the cities and towns where they ultimately settled were intimately tied to the family, friends, and acquaintances that went before them, according to a paper in the American Economic Journal: Applied Economics.

“Social networks play an important role in helping individuals figure out where to move,” author Bryan A. Stuart told the AEA in an interview. “A lot of the role of networks happens through the transmission of information—basically helping migrants find good opportunities that would be hard to find otherwise.”

Migrant experiences in the United States varied widely in the twentieth century, but historical accounts suggest that migration networks frequently played a role. The story of John McCord and the migrant connection he helped establish between two American cities illustrates a common pattern.

If you're a policymaker and you're trying to help relocate people, it's important that you think about what networks people have and what location choices people in those networks have made.

When McCord was nineteen years old, he traveled north from his hometown Pontotoc, Mississippi, in search of higher wages. In 1914, McCord eventually settled in Beloit, Wisconsin, where he got a job at a manufacturing company.

After two years in Beloit, McCord went back home for a vacation and returned with 18 men, all of whom were soon hired at the same company. Thus began a persistent flow of Americans from Pontotoc to Beloit. In fact, by the time individuals born from 1916 to 1936 had reached old age, 14 percent of migrants from Pontotoc lived in Beloit’s county.

A similar pattern occurred with other city pairs across the United States in the decades after McCord and his acquaintances settled in Beloit.

To capture these links, the researchers analyzed administrative records that contained information about the birth town and old-age residence of over 70 million Americans. Using this data, they summarized the strength of birth town networks in a single index.

“We came up with a measure of the importance of networks for basically every receiving county [in the United States],” Stuart said. “I think that granularity helps us uncover new patterns and provides more light on the underlying mechanisms here.”

The measure compared whether people born in the same town were more likely to live in the same destination in old age than people born in nearby towns. Such an approach, the authors argue, distinguishes the effect of birth town social networks from other factors such as wages, moving costs, and regional amenities.

The Great Migration network
The chart below displays the network index estimates—the number of additional migrants that make the same move on average when a migrant from the same birth town chooses to settle in a destination—across US counties for Mississippi-born Black migrants. The South is shaded in grey, with Mississippi outlined in red. 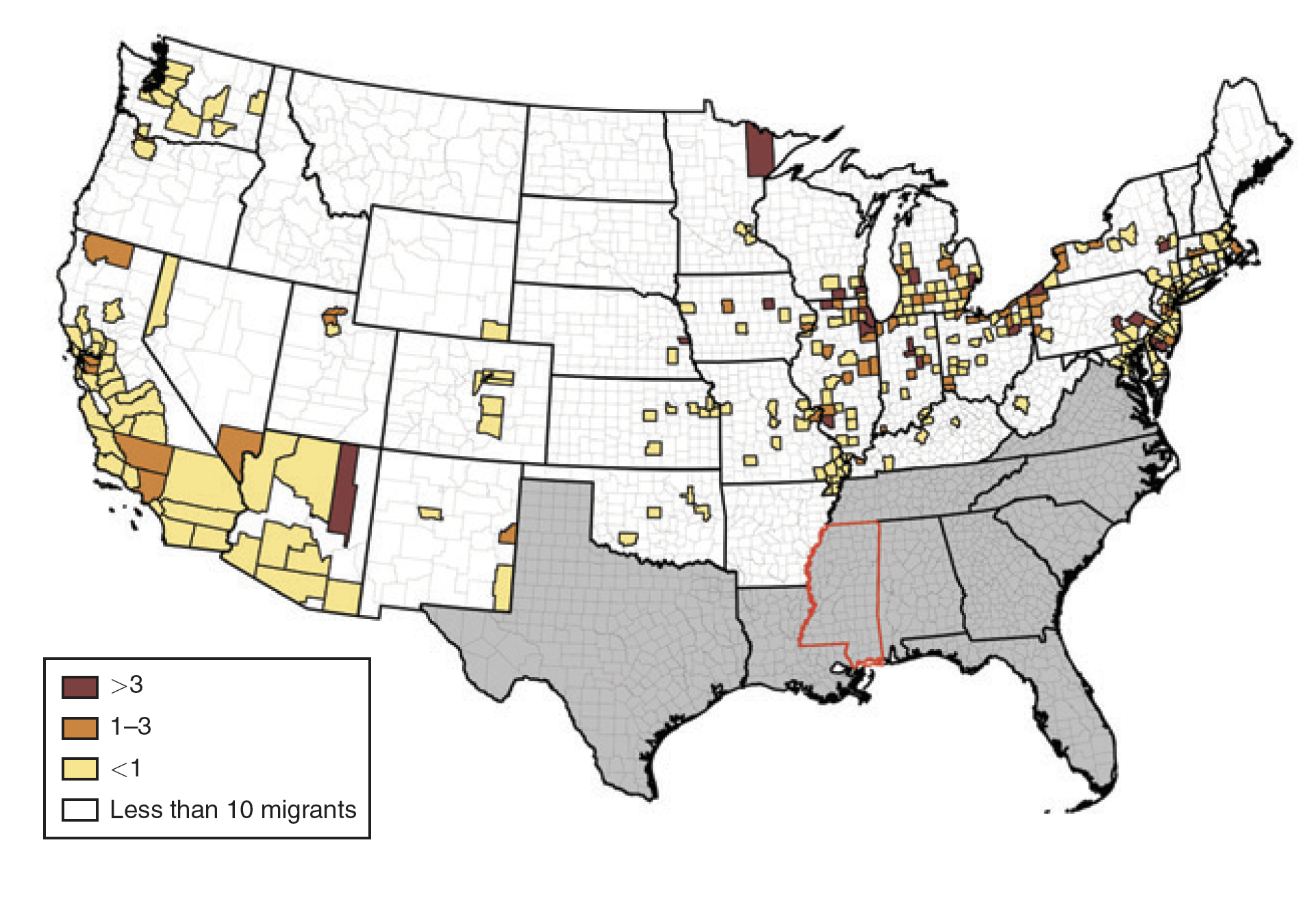 They found that when one African American moved from a Southern birth town to a destination county, 1.9 additional Black migrants made the same move on average. For White migrants from the Great Plains, the average was only 0.4.

The authors’ findings shed light on an important period of migration in the United States, and may provide a guide for lawmakers today, according to Stuart.

“If you're a policymaker and you're trying to help relocate people, it's important that you think about what networks people have and what location choices people in those networks have made,” Stuart said.

“Migration Networks and Location Decisions: Evidence from US Mass Migration” appears in the July 2021 issue of the American Economic Journal: Applied Economics.

An experiment in Bangladesh showed that its new urban workers can use mobile banking to help support their families in the countryside.