An entrepreneurship program in Chile worked, but not as expected. 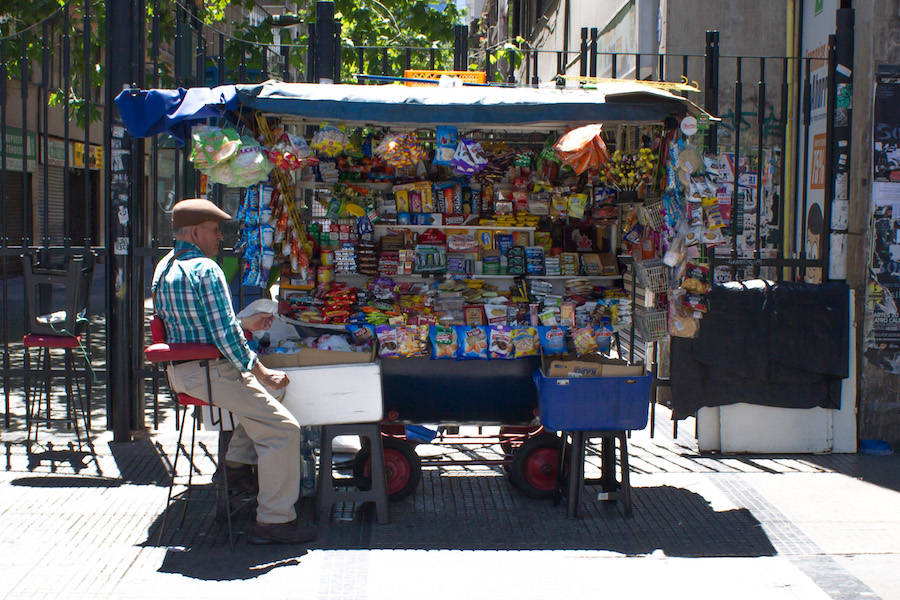 A street vendor in Chile

Sometimes, a paper is more than a publication.

A recent impact evaluation, published in the April issue of the American Economic Journal: Applied Economics, is a clear example: it is an academic study, but it is also a partnership — and one that has the potential to change hundreds, if not thousands, of lives.

When the government of Chile reached out to Claudia Martínez, Esteban Puentes, and Jaime Ruiz-Tagle to evaluate their largest entrepreneurship program, the researchers were not sure what they would find. After all, most programs like these take place in settings where the default employment is agricultural work. Santiago’s dynamic labor market provided a new context to test the effectiveness of training and funding for entrepreneurs.

The Micro-entrepreneurship Support Program (MESP) worked. However, it did not work entirely as expected.

MESP provided 60 hours of business training — covering management skills, how to write a business plan, and more — and about $600 of funding to entrepreneurs. The researchers later gave some of the entrepreneurs an additional $240, calling this extension MESP+.

The entrepreneurs started a wide variety of businesses: some bought the necessary implements to become hairdressers; some needed a bicycle to move goods between their home and street markets; some invested in pottery-making equipment; and, some bought new ovens so that they could sell food from their homes. 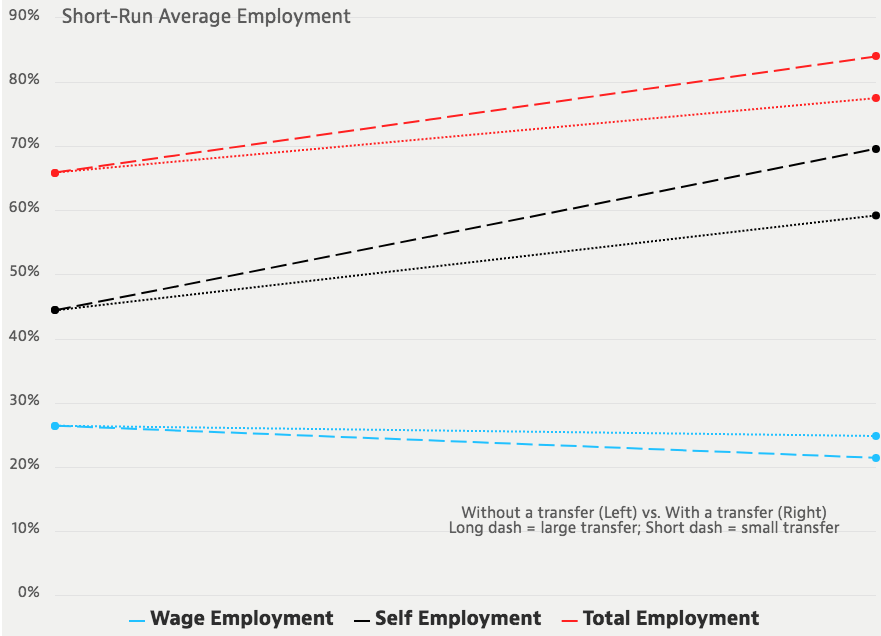 After three years, the results changed. Both programs continued to have a positive impact on self-employment, but only MESP+ remained significant. This suggests that the additional funding was an important factor in the sustainability of these businesses. As expected, MESP+ did not have a long-term effect on wage employment. However, MESP did increase wage employment by nine percentage points. The two programs increased long-term total employment by 7.3 (MESP) and 5.6 (MESP+) percentage points, but the channels were different. MESP worked through wage employment, whereas MESP+ worked through self-employment.

One likely explanation for these results is that the Chilean labor market was tightening during the study, making wage labor more attractive. These better market conditions could have encouraged people to leave their businesses — an insight that is specific to this urban context.

The findings also bring up an important question: did the participants actually intend to become entrepreneurs? Although many participants were clearly seeking out self-employment, others may have seen the program as a way to make ends meet between episodes of wage employment. If this is the case, then the program can become even more successful by figuring out how to target the people who will benefit the most.

Ultimately, the program works. It increases employment and empowers participants to start or expand their own businesses. As long as governments know that microentrepreneurship support may interact with the labor market, programs like this are a promising way to increase urban employment in developing countries.

"The Effects of Micro-entrepreneurship Programs on Labor Market Performance: Experimental Evidence from Chile" appears in the April issue of the American Economic Journal: Applied Economics.

The Economist features a paper that appeared in the June issue of The American Economic Review.