The economic origins of self-governance

How did commerce in England influence parliamentary representation? 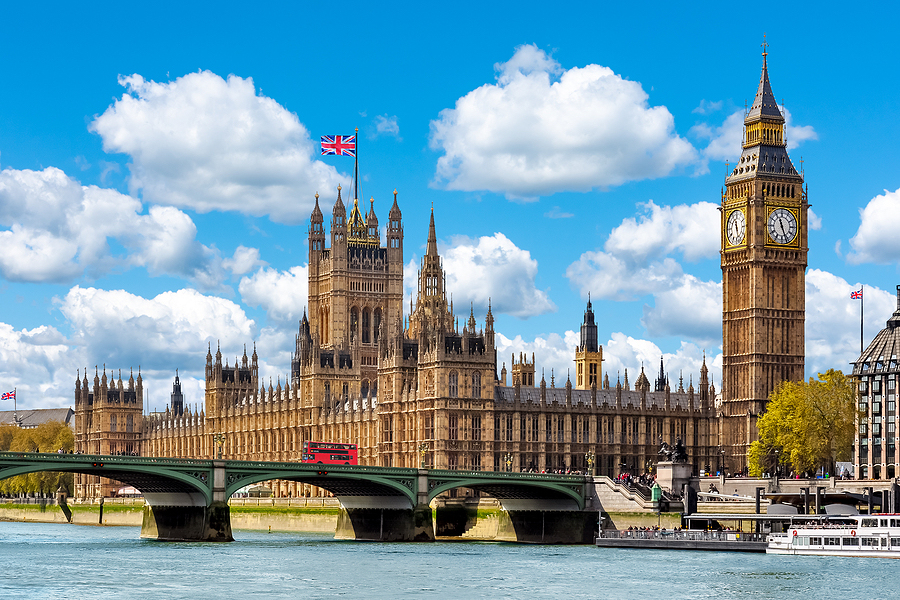 The Palace of Westminster, where the House of Commons and the House of Lords meet, sits on the River Thames in London.

Since Brexit in 2016, four British prime ministers have resigned, and the UK Parliament has been rocked by recent scandals. Even the building where the two houses sit is in disrepair.

But according to a paper in the American Economic Review, Parliament’s long history provides critical insights into how local self-governance led to representation for the "commons."

Authors Charles Angelucci, Simone Meraglia, and Nico Voigtländer say that the growth of merchant towns established as far back as the twelfth century is crucial to understanding the development of England's parliamentary system.

“Many historians and political scientists will study one critical juncture at a time—people study the Magna Carta, and then the birth of Parliament, and then the Civil War, and then the Great Reform Act,” Voigtländer told the AEA in an interview.  “What's new to our approach is that we show these are connected by a thread that runs through local institutions and nationwide politics over time. These towns that were self-governed acted differently in Parliament throughout the centuries to come.”

One message here is that if you give more authority to, in our case, towns that are naturally aligned and have a common interest, they will foster economic activity.

The researchers began their study with the Norman Conquest in 1066. For several reasons, this makes an ideal starting point for understanding the evolution of England’s Parliament.

First, the Normans replaced the Anglo-Saxon ruling elite with their own, imposing a relatively uniform system of government across the country. And second, they kept good records.

Using medieval documents, such as the famous Domesday Book, the researchers were able to construct a rich dataset on 555 boroughs—towns with markets and trading communities—that existed before 1348. For each borough, they tracked information on taxation and institutional history, such as local charters and parliamentary representation, between 1066 and 1832.

During the late Middle Ages, the Commercial Revolution was taking off across Europe, and trading centers in England quickly outgrew the old form of administration. Previously, sheriffs bought the rights from the Crown to farm taxes in shires that encompassed both the countryside and towns, often with perverse incentives. Sheriffs were keen on extracting taxes, but not interested in investing in the legal and administrative resources needed to facilitate trade.

As the sophistication of commerce grew—as well as the frustration of local elites—the Crown struck a deal with many merchant towns. Nearly a hundred boroughs were given Charters of Liberties, allowing them autonomy in law enforcement and tax collection in exchange for paying higher tax revenue to the Crown—an event which many English towns still celebrated centuries later.

The authors show that merchant towns with favorable trading characteristics, such as locations on navigable rivers or ancient Roman roads, were much more likely to receive administrative autonomy. The findings reinforce the idea that the emergence of municipal self-governance was intimately tied to economic growth.

However, along with more autonomy came more responsibility at the national level. In order for the Crown to raise special (“extraordinary”) taxes, largely to finance increasingly expensive wars, the king had to gain consent from Parliament, which had traditionally included lords, clergy, and other county elites. But starting in the late thirteenth century, it became increasingly common for select towns to be directly summoned to Parliament. 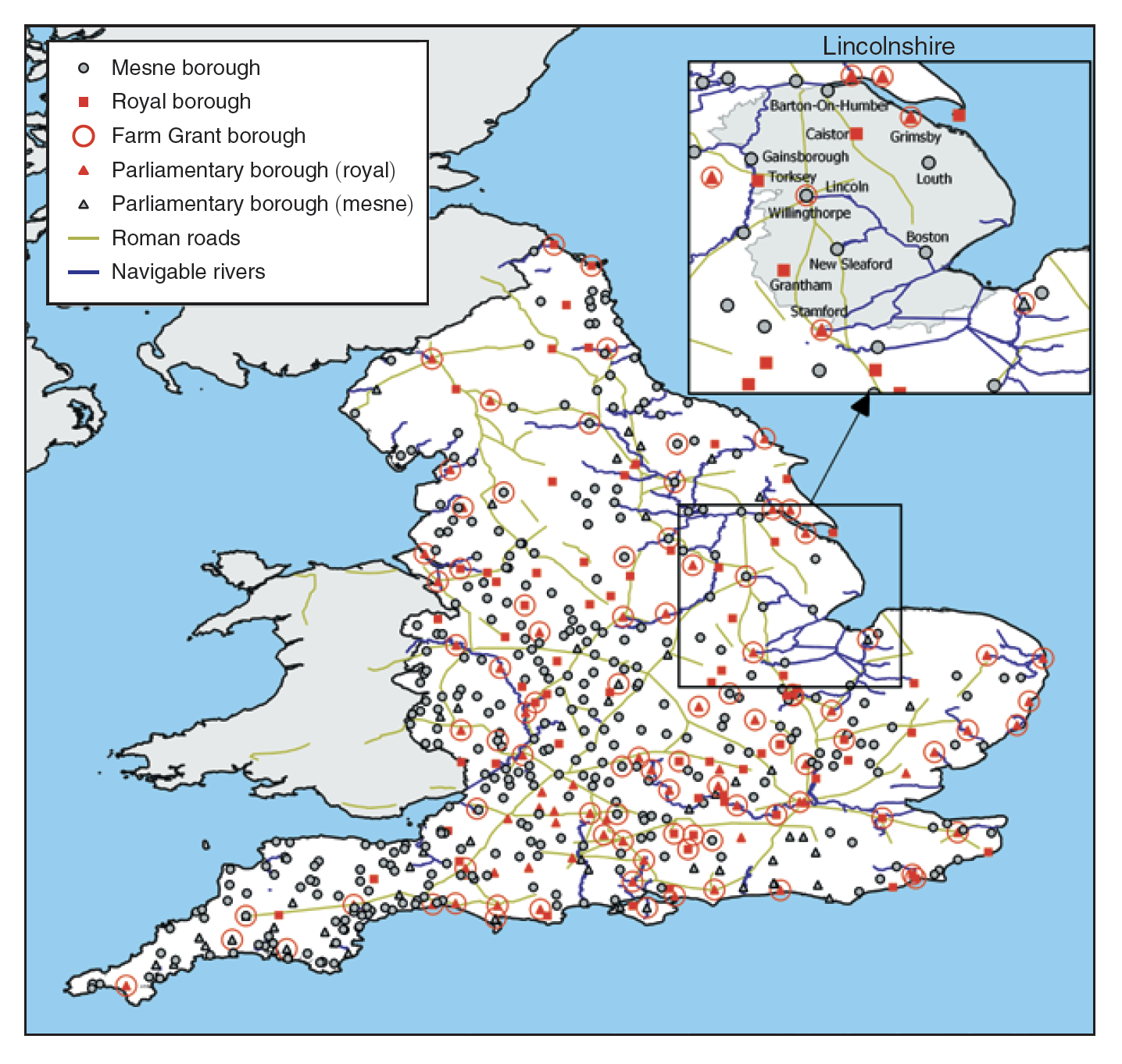 The authors show that Charters of Liberties were stepping stones in this process. The boroughs that had obtained municipal autonomy were about 40 percentage points more likely than otherwise similar towns to be summoned to Parliament. This allowed the boroughs to assert and coordinate their interests—which were often at odds with landed elites—at the highest level of government.

The administratively-autonomous boroughs were able to hold on to their autonomy throughout some of the most turbulent periods of English politics, such as the Civil War. In fact, the authors show that volunteer troops who fought on the side of the parliamentarians were more likely to form in self-governing boroughs, which had more to lose from royal interference.

Ultimately, the relatively broad, merchant elites of self-governing towns had a natural interest in an effective Parliament that acted as a check on the Crown, protecting their autonomy, their relatively open local institutions, and the ability to collectively negotiate taxes.

This was in stark contrast to the declining power of national assemblies in Continental Europe. In France, for instance, the monarchy was able to bypass parliaments through tax farming, office sales, and other patronage, as well as by meddling with parliamentary elections.

Even as late as the nineteenth century, the impact of self-governing towns on Parliament could still be seen in the data. In particular, the authors found that boroughs that enjoyed self-governance in medieval times were significantly more likely to support the Great Reform Act of 1832—a milestone toward the democratization of England.

The author's work shows that merchant towns were a crucial bulwark for economic and political freedoms throughout English history.

“One message here is that if you give more authority to, in our case, towns that are naturally aligned and have a common interest, they will foster economic activity,” Voigtländer said. “So it's not military elites or something else. It's really the merchants who get a voice and get to coordinate; they will push for policies that are beneficial for the economy.”

“How Merchant Towns Shaped Parliaments: From the Norman Conquest of England to the Great Reform Act” appears in the October 2022 issue of the American Economic Review.

Why do autocracies sometimes use democratic institutions?