What causes the marital wage premium? 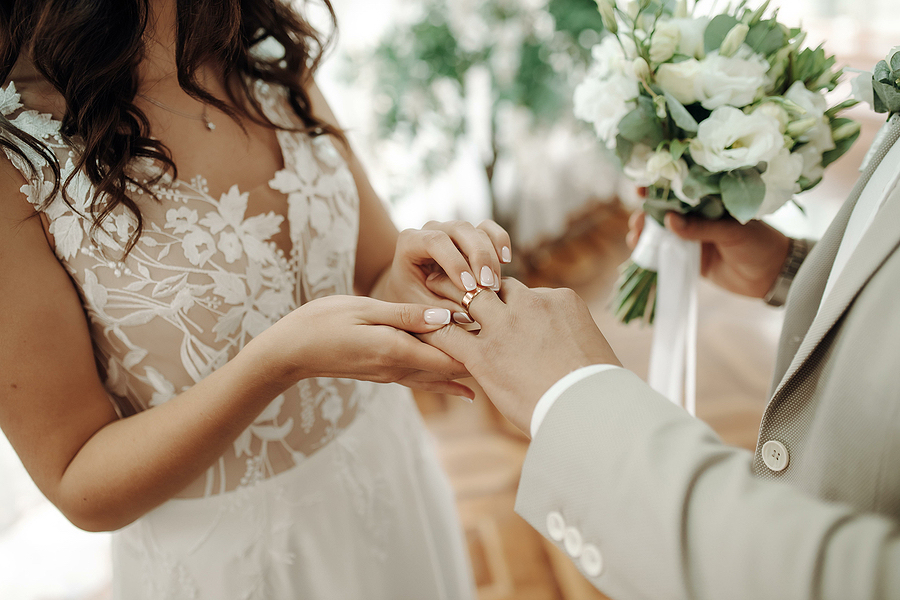 In the United States, married men sit atop the wage ladder. At every age, they earn a significant premium over their bachelor counterparts. Some speculate that this is because marriage makes men more productive, while others point out that high-income earners are more attractive partners.

But in a paper in the American Economic Journal: Macroeconomics, authors Laura Pilossoph and Shu Lin Wee show that the so-called marital wage premium is also driven by the benefits of having a partner when looking for work, especially for the more educated.

“This question of the wage premium has been around for a really long time,” Pilossoph told the AEA in an interview. “We thought it was important to take into account how households are making their decisions in the labor market. This could be another reason why wages for married couples are different.”

Empirically, the majority of people make joint household decisions. When we think about policies in the labor market, I think we want to have the right framework in mind.

A simple explanation for the marital wage premium is that married men tend to make more money because the traits that make them high wage earners—such as reliability, maturity, and intelligence—also make them good marriage partners. While there is support for this “selection hypothesis,” other research based on twin studies suggests that this is not enough to account for the premium that married men earn.

Unemployed as well as employed individuals look for work in a labor market where they can choose how hard to search for a job and when to accept an offer. The authors build a model that incorporates features of household job searches.  In their model, two new drivers of the marital wage premium arise. First, because unemployed married individuals can rely on a spouse's income, they can hold out for higher paying jobs.

And second, married individuals who are employed have an extra incentive to search for a better job. For them, an increase in their search effort not only raises the likelihood of boosting their own income, but also allows their spouse to be more picky about future job offers.

“It's going to make the spouse's life easier, in terms of their job search activity,” Pilossoph said. “As a result, you get this extra kick for married couples, who are going to be searching harder, and that’s going to make them climb the job ladder faster.”

The marital wage premium
The chart below shows the 2016 income of employed men and women with at least a high school diploma, by marital status. Single men, single women, and married women all earn about the same over their careers, but married men earn significantly more than all three groups, especially by middle age. 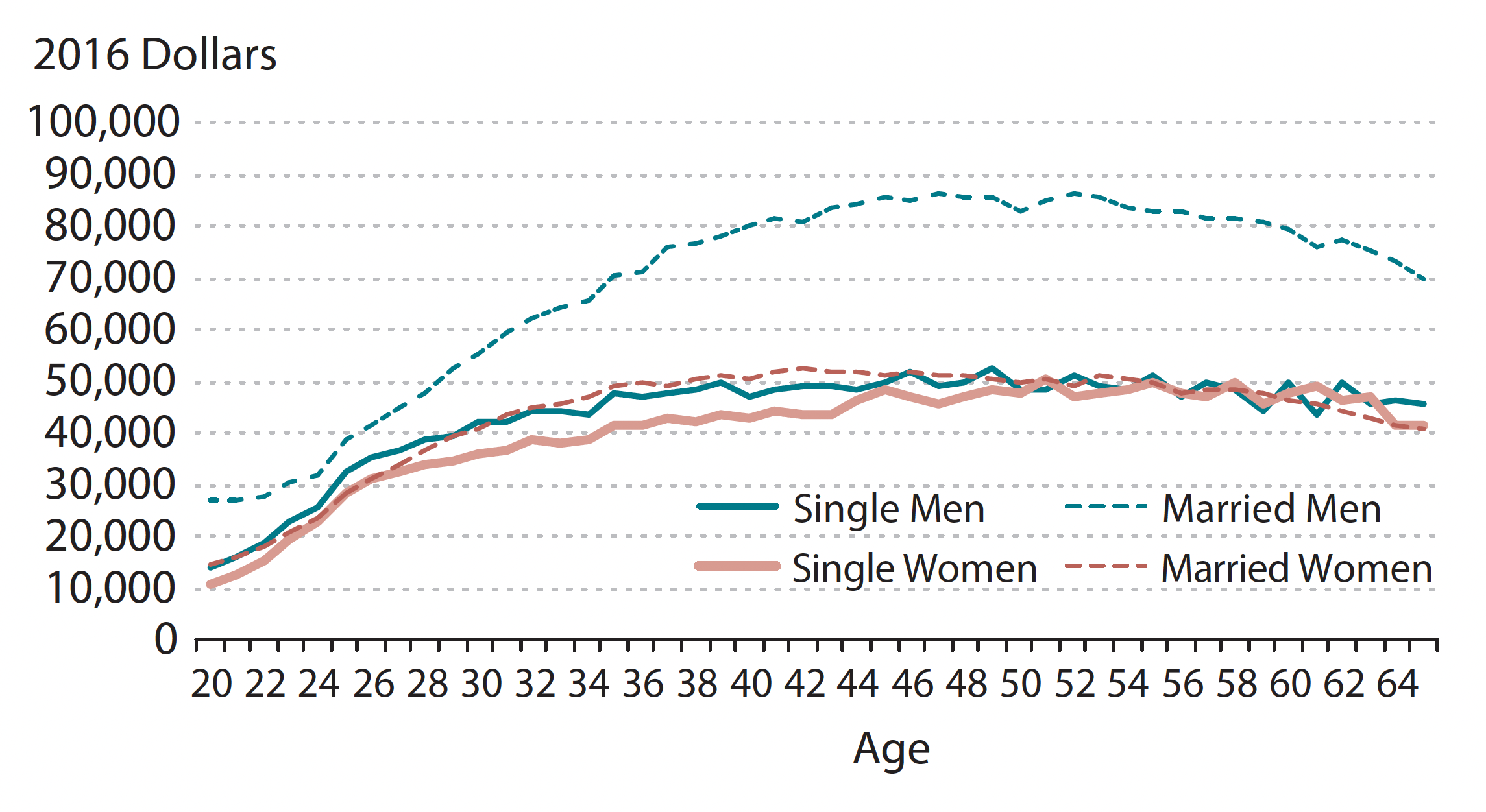 What about the theory that marriage makes men more productive?

Productivity explanations rely on the claim that it is more efficient for the breadwinner to work outside the home and for the other spouse to take care of housework. The problem with this “specialization hypothesis” is that, if it were true, then marital wage premiums should decrease with spousal education. But that doesn’t appear to happen.

In contrast, the authors' framework generates a premium that rises in the level of spousal education. Specifically, highly educated individuals earn more, which allows their spouses to accept better offers. In fact, the authors’ model accounts for roughly three-quarters of this rise.

Beyond untangling the most important factors behind marital wage premium, the results may have implications for how policymakers think about taxing joint households, according to Pilossoph.

“Empirically, the majority of people make joint household decisions,” she said. “When we think about policies in the labor market, I think we want to have the right framework in mind.”

“Household Search and the Marital Wage Premium” appears in the October 2021 issue of the American Economic Journal: Macroeconomics.

How much does going to a prestigious college matter?

How far have we come in closing the earnings gap between women and men?