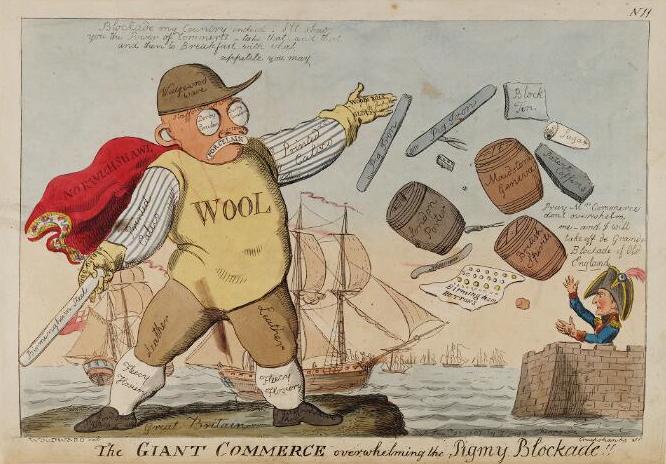 A British satire on the Napoleonic Wars and the restrictions on trade.

The political left and right are both questioning the wisdom of free-trade policies after decades of consensus.

Some argue that “special” industries — like steel and tungsten — need to be temporarily shielded from international trade to catch up with competitors. Yet, economists have had trouble finding good examples to test this so-called infant-industry argument.

A paper in the November issue of the American Economic Review looks back 200 years to the Napoleonic Wars, and finds evidence that countries can foster industries by temporarily protecting them from foreign competitors.

Author Reka Juhasz found a mixed record of success for infant-industry policies when she looked at recent history.

“In Southeast Asia, places like South Korea and Taiwan, industrial policy coincided with these spectacular growth miracles,” Juhasz said in an interview with the AEA. “Whereas in Latin America, it coincided with economic stagnation.”

So she looked back further in history, and stumbled upon a natural experiment during the Napoleonic Wars. In the early 19th century, Britain led the Industrial Revolution, and its flagship industry was cotton textiles.

Countries like France struggled to keep up with Britain, even employing industrial spies to steal blueprints of frontier textile machinery. But Britain, for the most part, kept its engineers and skilled workers — the most important repository of textile production know-how — from emigrating. 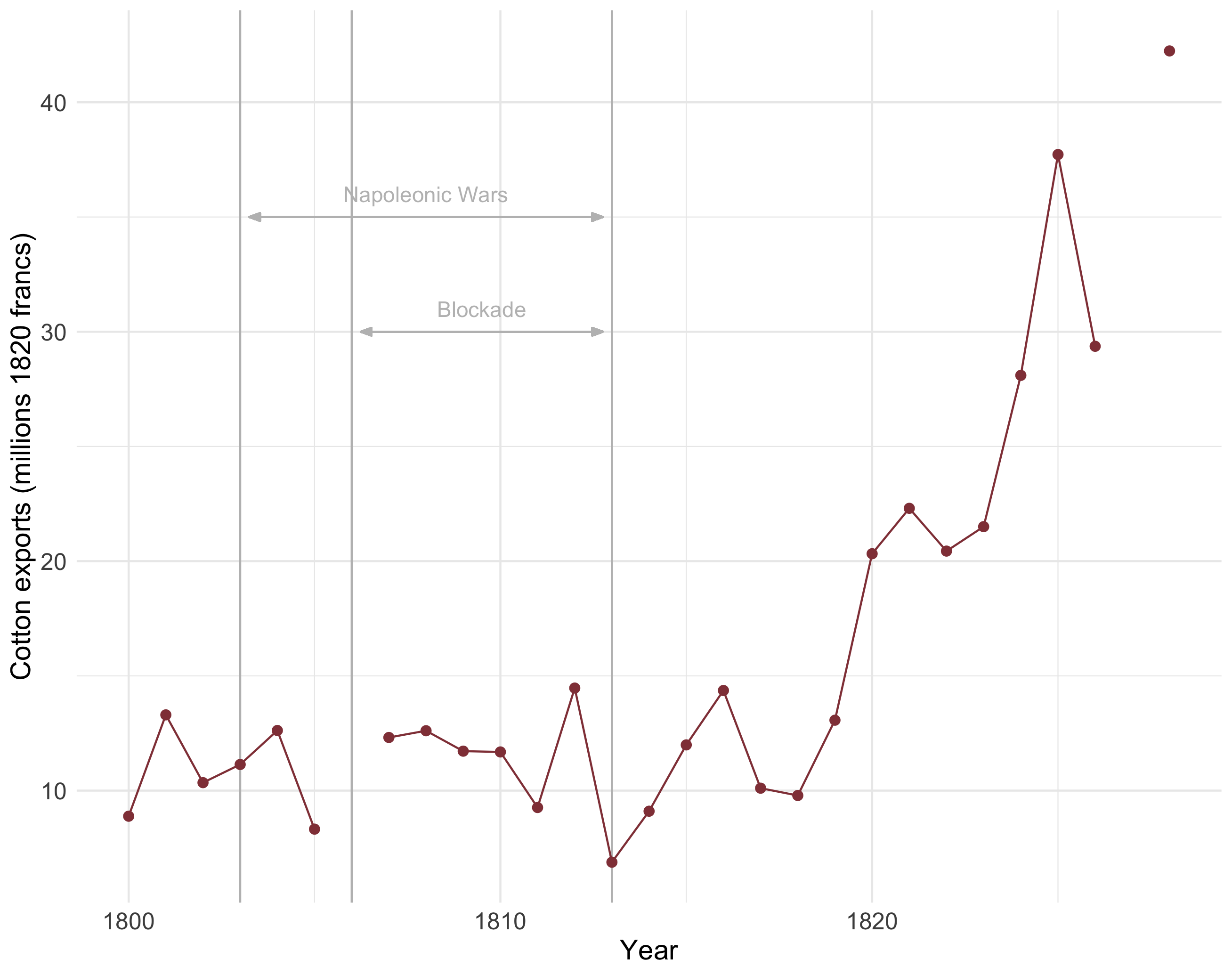 Those most experienced using textile machinery had what Juhasz called “tacit knowledge” of the industry. Like riding a bike, it's the type of knowledge that one can only learn by doing.

While Britain’s textile industry was taking off, it was also at war with France. And for reasons unrelated to textile trade, Napoleon blockaded all British goods in 1806.

Trading routes were disrupted, but more severely for those that used the French coasts. British traders could still smuggle their goods into France, but at a much higher cost.

This created an ideal environment to test the infant-industry hypothesis. Juhasz measured the impact of trade disruption between Britain and France’s départments, as well as the number of cotton spindles in each départment.

She found that before the blockade France’s cotton spinning industry was small and spread throughout the country, with the largest concentration of spindles in the south. After the blockade, the cotton-spinning center of gravity shifted markedly to the north, to areas most protected by the blockade.

With protection from the blockade, northern France had time to learn new techniques. The northern textile industry matured and, even after the blockade was lifted, remained an international competitor.

Infant-industry arguments really only work for countries not at the technology frontier.

The 19th-century experience of France’s cotton textile industry seems to vindicate those arguing for infant-industry policies.

But, Juhasz cautions anyone using her research to advocate for infant-industry protection now. Today, it’s much easier for multinational firms to move technology and people around the globe. Countries may be able to reach the technology frontier much faster in today’s world.

This is especially true for anyone suggesting the US should adopt these policies.

“Infant-industry arguments really only work for countries not at the technology frontier,” Juhasz said. “It's very hard to make the case that US steel is not competitive because US steel makers haven't had a chance to acquire know-how.”

"Temporary Protection and Technology Adoption: Evidence from the Napoleonic Blockade" appears in the November issue of the American Economic Review.