The long-term impact of infant care

How a home visiting program for babies in Denmark helped improve their health in middle age. 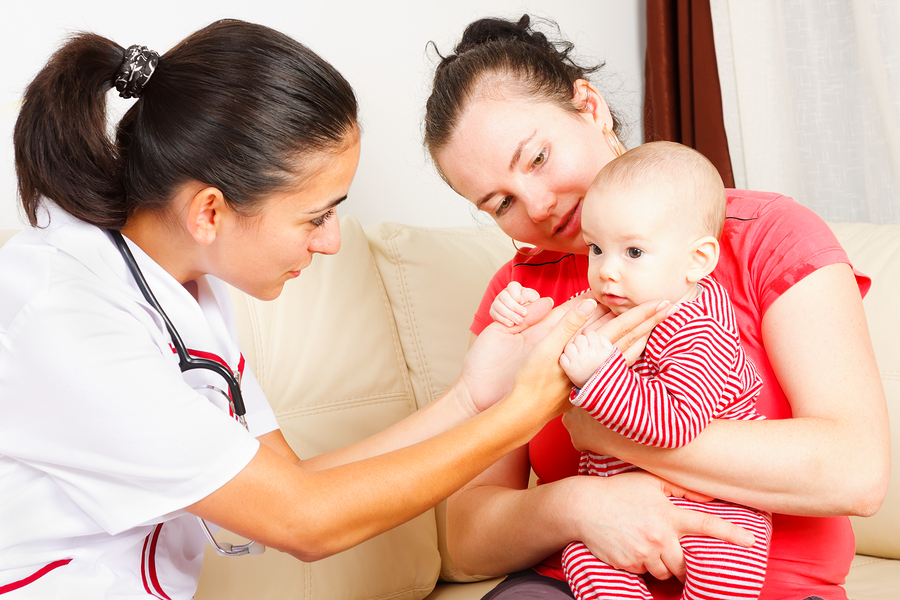 A baby boy is examined by a health care professional while being held by his mother.

Worldwide infant mortality rates have plummeted in the past century, declining from 122 deaths out of every 1,000 babies born in 1960 to around 32 out of 1,000 now.

There are a lot of reasons for this. Medical science has advanced in preventing and treating complex diseases. Parents are better educated about how to care for children.

In Denmark, mortality rates dropped in part because of a program that sent nurses to homes to assist families and check on infants.

As it turned out, the nurse visits did more than just improve an infant’s chances of survival, according to a paper that appears in the October issue of American Economic Journal: Applied Economics. The program’s impact was felt more than 50 years later, with adults who were treated as infants living longer and healthier than peers who didn’t see a nurse.

The results highlight the unforeseen benefits that health advocates miss when debating and shaping policy, said Miriam Wüst, one of the paper’s authors. They may also offer lessons for how to employ low-tech solutions to improve infant health in developing countries.

“When we’re talking about these programs, we need to see them as investments,” said Wüst, who wrote the paper with Jonas Hjort and Mikkel Sølvsten, in an interview with the AEA. “We may not see the full picture if we can’t see the longer run benefits.”

Researchers have begun to study the impact that health policy targeting babies and young children can have into adulthood. This paper is among the few to look at long-run effects of a universal health programs aimed at all infants, rather than targeted populations like low-income families.

Long-Term Care
A 1937 program in Denmark aimed to lower the infant mortality rate by sending nurses to visit new mothers and their babies. The impact of those visits had far reaching consequences for the infants receiving care. In adulthood, those people were more likely to live past the age of 64, and less likely to be diagnosed with heart disease, diabetes, and cancer. The bars represent the range of estimated impact that home visits had on each condition.
Source: Author data

In the 1930s, Denmark was dealing with a stubbornly high infant mortality rate of around 6.5 percent. Many newborns died from preventable infectious diseases such as acute enteritis, which causes diarrhea and is often the result of improper treatment of cow’s milk.

Believing that a large share of infant deaths stemmed from poor postnatal care and health monitoring, the Scandinavian nation’s health board sent trained nurses into homes to assist new mothers during the baby’s first year. Visiting 10 times that year, the nurses would encourage mothers to breastfeed, help keep the home clean, and refer any sick children to doctors for treatment.

The program was an unquestionable success, saving an estimated 5 to 8 lives per 1,000 babies born. It was also cost-effective. Wüst estimated the cost per child was roughly $69, adjusted for inflation, and around $10,313 per person saved.

The impacts of those home visits, however, were larger than improving the infant survival rate.

When we’re talking about these programs, we need to see them as investments.

Wüst and her co-authors used administrative population data and took advantage of differences in the timing of the program’s rollout to examine its impact. Even though the program was designed at the national level, it was implemented at the local level. Around one-third of 1,345 Danish municipalities initiated the program during the 1937-1949 period the authors study.

Adults who’d been part of the program were 0.2-0.6 percent more likely to survive past age 60. They also experienced fewer hospitalizations and were less likely to be diagnosed with lifestyle-related conditions such as diabetes and heart disease. The authors estimate that the home visiting program added at least 2,000 years total to the lives of the people studied.

Denmark is no longer dealing with high rates of infant mortality, but there are plenty of developing countries around the world that need help. The infant mortality rates for African nations such as Angola and Somalia exceed 80 lives per 1,000 births, among the highest in the world.

That’s not to say that Denmark’s home visiting program — which still exists — should be a model for African nations. But, at the very least, it suggests that there are some relatively simple and cost-effective strategies for addressing larger health problems.

“It’s hard to generalize that in very concrete policies,” Wüst said. “The takeaway point for me is that ...a relatively low-tech home visiting program can have short and long run benefits.”