Bias at the polls 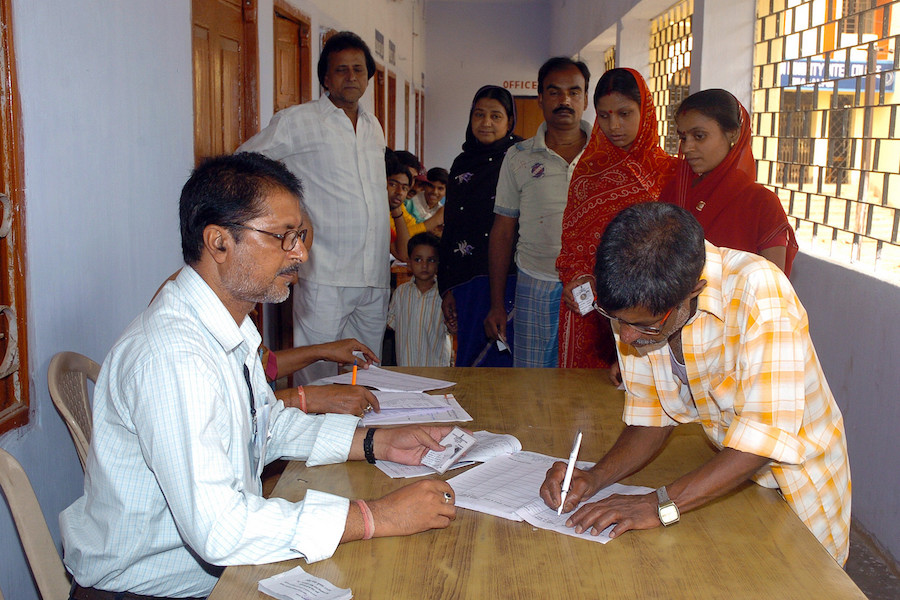 Voters at a polling station in Bihar in 2009

In much of the world, elections are neither fair nor free.

According to the World Values Survey, in roughly 75 percent of countries more than a quarter of respondents said that election officials are often unfair.

It’s easy to imagine that violence and intimidation are at the root of this statistic or that bias only matters in places without much election oversight. Yet, even subtle forms of bias can sway well-monitored elections. In fact, in India’s 2014 parliamentary elections, the diversity of polling station officials (or lack thereof) was enough to influence the outcome.

In the June issue of the American Economic Review, author Yusuf Neggers examines this 2014 election and how the identities of polling station managers influenced the nature of bias in the voting process.

The author looks specifically at Bihar, the largest state in India. There, religious and caste identity have a strong relationship with party affiliation. Muslims and Yadavs are two minority groups, and they tend to vote for the RJD coalition. Non-Muslim and non-Yadav people, the majority of people in Bihar, are more inclined to vote for the BJP coalition.

During this election, officers were randomly assigned to polling stations, where they administered the identity verification and voting processes. They were also responsible for maintaining a neutral environment around the station.

Some polling stations had Muslim or Yadav officers, and others did not. As it turned out, the administrative presence of a minority group mattered.

We spend a lot of time focusing on improved monitoring, which is clearly important and beneficial. But I think an important complement to that might be thinking more about the processes themselves and what changes or updates to them might we be able to make that would reduce the scope for this potentially biased, discretionary decision-making in the first place.

Moreover, if every polling station had included a minority officer, about 7 percent of recent national and state elections in Bihar would have had the opposite outcome.

This comes across in voters’ election day experiences as well. About 23 percent of potential voters thought that officers treated the public differently based on religion or caste, and 14 percent said that officers attempted to influence voting behavior.

Diversifying the polls
When a minority officer was present, fewer majority voters without ID were able to vote. 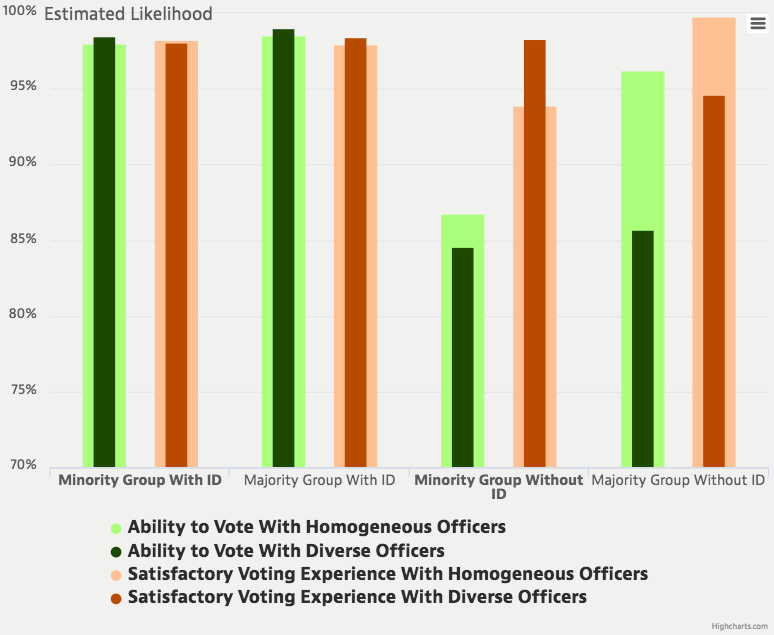 The author finds that these results can be traced in part to own-group bias, or the favoring of people who are similar to you. When given identical descriptions of potential voters with only the names — an indicator of identity — changed, officers were 25 percent more likely to say people were qualified to vote when they shared a religion or caste.

This is a significant issue — especially when officers have discretion over whether or not someone can vote. In fact, most of the paper’s results are concentrated in areas where fewer people have voter identity cards. In these areas, officers had more leeway in determining each voter’s status, and so their biases had greater consequences.

It is impossible to tell how much of this bias comes from explicit discrimination. Also, Neggers says we can't know for certain whether more diversity strengthens or weakens the impartiatlity of polling station officials. However, the results clearly demonstrate that voting outcomes are influenced by the composition of polling station managers on election day. Policies that restrict the scope for discretion in officer duties in the first place could reduce the ability of local election officers to discriminate on election day and sway an outcome.

“We spend a lot of time focusing on improved monitoring, which is clearly important and beneficial,” said Neggers in an interview with the AEA. “But I think an important complement to that might be thinking more about the processes themselves and what changes or updates to them might we be able to make that would reduce the scope for this potentially biased, discretionary decision-making in the first place.”

"Enfranchising Your Own? Experimental Evidence on Bureaucrat Diversity and Election Bias in India" appears in the June issue of the American Economic Review.

Benevolence on the Ballot

People vote based on more than self-interest.