Peeking on others' paychecks

Income transparency might help reduce wage disparity, but would it make us happier? 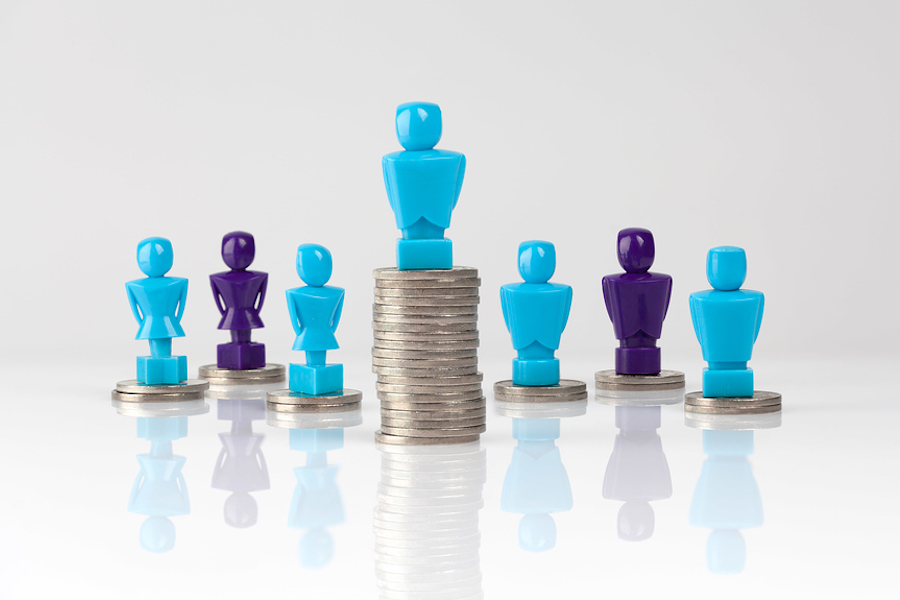 Many of us have wanted to know what our colleagues earn.

It’s still kind of taboo to ask in most workplaces, considered rude even if it’s not outright prohibited. But supporters of pay transparency say it would do a lot to reduce gender and racial pay gaps.

But ignorance can be bliss, and knowing where we stand in the economic hierarchy could also widen the gap in how happy we all are.

A paper in the American Economic Review says that higher transparency in Norway increased the gap in happiness and life-satisfaction between richer and poorer individuals.

The research offers some important lessons for policymakers and employers if they are going to make earnings information public.

“In economics there is a general intuition that when individuals have more information they can make better choices and thus they are better off. As a result, more transparency may seem like a good thing at first glance,” author Ricardo Perez-Truglia said in an email to the AEA. “Unfortunately, the real world is a lot more complicated than that. We need evidence on what the effects of transparency really are.”

Knowing how their income ranks among peers could have any number of effects on someone’s happiness. Finding out they are higher up the earnings ladder might boost their self-esteem, while discovering a lower salary than peers could be depressing. Thus, the potential is there to widen the “happiness gap” between rich and poor.

We need evidence on what the effects of transparency really are.

To test this, Perez-Truglia turned to Norway, where tax records are public information. In fact, Norwegians have been able to find out how much their co-workers and neighbors were making since the mid-19th century. But it wasn’t easy. They had to go to the local tax office or city hall during a certain three-week period and thumb through a book with thousands of taxpayers in the same municipality.

In 2001, it became a lot simpler. That’s when records went online. Anybody with an Internet connection could go on to Skattelister.no—a search tool for tax records—to get the information they wanted, whenever they wanted.

Over the following decade,  Skattelister.no and similar websites were among the most popular in Norway. Nearly a quarter of all people in Norway searched on the site in 2013. But they weren’t there to gawk at the mountains of cash raked in by celebrities or top politicians. Most of the searches involved non-famous people, likely friends or relatives.

And it was those searches that pulled people further apart, in terms of their happiness and overall well-being, Perez-Truglia said.

Using survey data between 1985-2013, he looked at how people’s reported happiness changed after the records went online. He compared people with robust Internet access—and thus, more likely to access online tax records, as well as online social networks—to those with weak access. Before 2001, both groups were following along the same general path, in terms of the relationship between their happiness and income level. Richer people were perhaps more satisfied in life, but their happiness wasn’t accelerating faster than individuals in lower tax brackets.

Ignorance is Bliss
Each datapoint below corresponds to the change in the gradient between how Norwegians perceived their well-being relative to their income. The vertical line represents when income tax records went online. The happiness of people with a good Internet connection (red line) suddenly was much more tied to their income rank than people who couldn't easily access records online (in blue).
Source: author data

That began to change after 2001. Suddenly, for people with easy access to the tax records online, their happiness seemed more closely tied to income level. The disclosure of incomes increased the link between happiness and income by 29 percent, and it increased the link between life satisfaction and income by 21 percent. Poorer people were more likely to feel despondent and wealthier people were feeling a bit more proud of themselves.

That wasn’t the case for people who had a tougher time getting online. They seemed to keep plugging along as before.

Of course, 2001 was a unique year, when the bursting of the dot-com bubble and subsequent recession could also have accounted for the change in attitudes. So, Perez-Truglia compared Norway’s experience to Germany, where records are not public. If it were some other factor, like the recession, then you might expect what the author calls the “happiness-income gradient” (the gradient between subjective well-being and individual income rank) to follow a similar pattern.

This is not to say that earnings transparency is bad. There are good reasons to have it, including discouraging public corruption. However, it does raise questions about how much information governments would want to make public.

Alternative ways of disseminating information could reduce adverse consequences while preserving the upside of having transparency. For example, in 2014, searches of tax records were made known as well. So, if you searched for a tax filing on your co-worker, they would be able to find out. That might discourage you from snooping on friends, and only search if there was a legitimate reason.

“We should not think of transparency as a policy lever that is either on or off,” Perez-Truglia said. “In reality, there are a million ways in which you can disclose information, so we need to figure out the ways that minimize the adverse effects while preserving its desirable effects.”

“The Effects of Income Transparency on Well-Being: Evidence from a Natural Experiment” appears in the April issue of the American Economic Review.

Tax transparency: when less is more