For the neediest, giving in-kind may be better than giving cash. 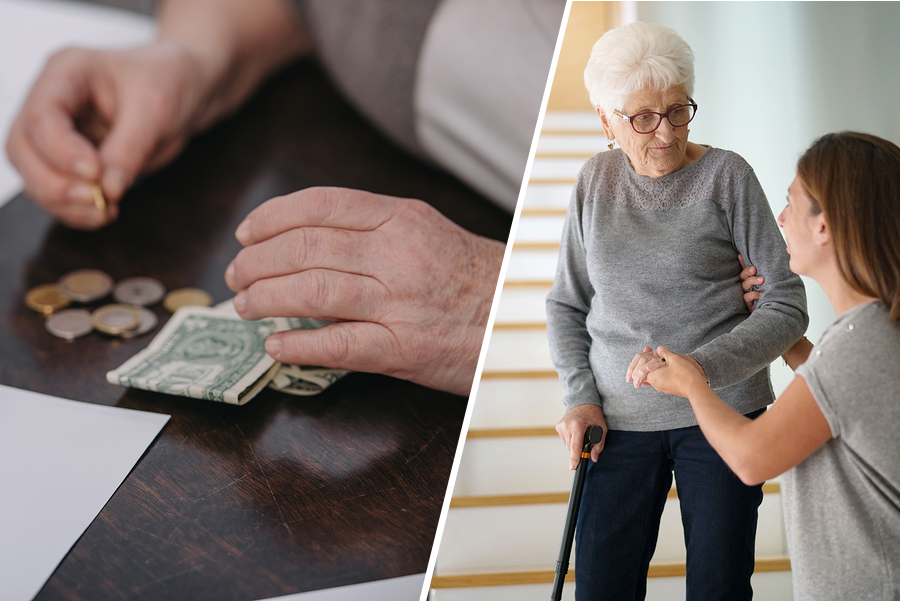 The US government spends over 12 percent of GDP on education, healthcare, and childcare for its citizens. Momentum is growing to make these and similar so-called “in-kind” programs more flexible, with some people even arguing that they be turned into cash benefits.

But cash programs can be worse at assisting those who need help the most, according to paper in the April issue of the American Economic Review.

Authors Ethan Lieber and Lee Lockwood argued that there is a tradeoff between in-kind and cash aid. In-kind programs are less efficient but better at targeting special groups.

Lieber and Lockwood tested their theory in the growing market for home care. Home care helps people—typically the elderly—who have difficulty eating, dressing, bathing, and undertaking the tasks of daily life. Home care from family, friends, and professional caregivers is thought to exceed $200 billion per year.

Many of these recipients couldn’t afford their care without the help of Medicaid. In 2013, Medicaid spent $57 billion on professional care for more than three million people—or about two-thirds of all spending on professional home care.

This spurred Lieber and Lockwood to analyze Medicaid data from a random experiment in the late 90s. The experiment randomly assigned half of participants to Medicaid’s traditional in-kind home-care program—which reimburses professional caregivers directly—and the other half to a more flexible cash-like program. Many participants in the flexible program were allowed to pay relatives for care.

Previous research found that most participants who received flexible benefits were more satisfied with their care and the quality of their lives. Plus, their family caregivers had lower levels of physical, emotional, and financial stress.

Lieber and Lockwood didn’t overturn this positive result. In fact, they found that Medicaid’s traditional home-care program was less efficient than cash; a typical recipient was indifferent between getting $100 in professional care and $28 in cash.

But previous studies overlooked the impact that switching to cash had on an important group.

“The people who would stand to lose the most if you switched to cash are the people who use the most formal [professional] care . . . some who get around-the-clock care,” Lieber said in an interview with the AEA.

How benefits are spread out: in-kind vs cash
The chart below shows the average dollar amount of benefits received per week on the y-axis, and percentiles of professional home care use for cash and in-kind recipients on the x-axis. For example, recipients using less than the sixtieth percentile of professional home care received on average $136 a week in cash and $30 a week in in-kind benefits. 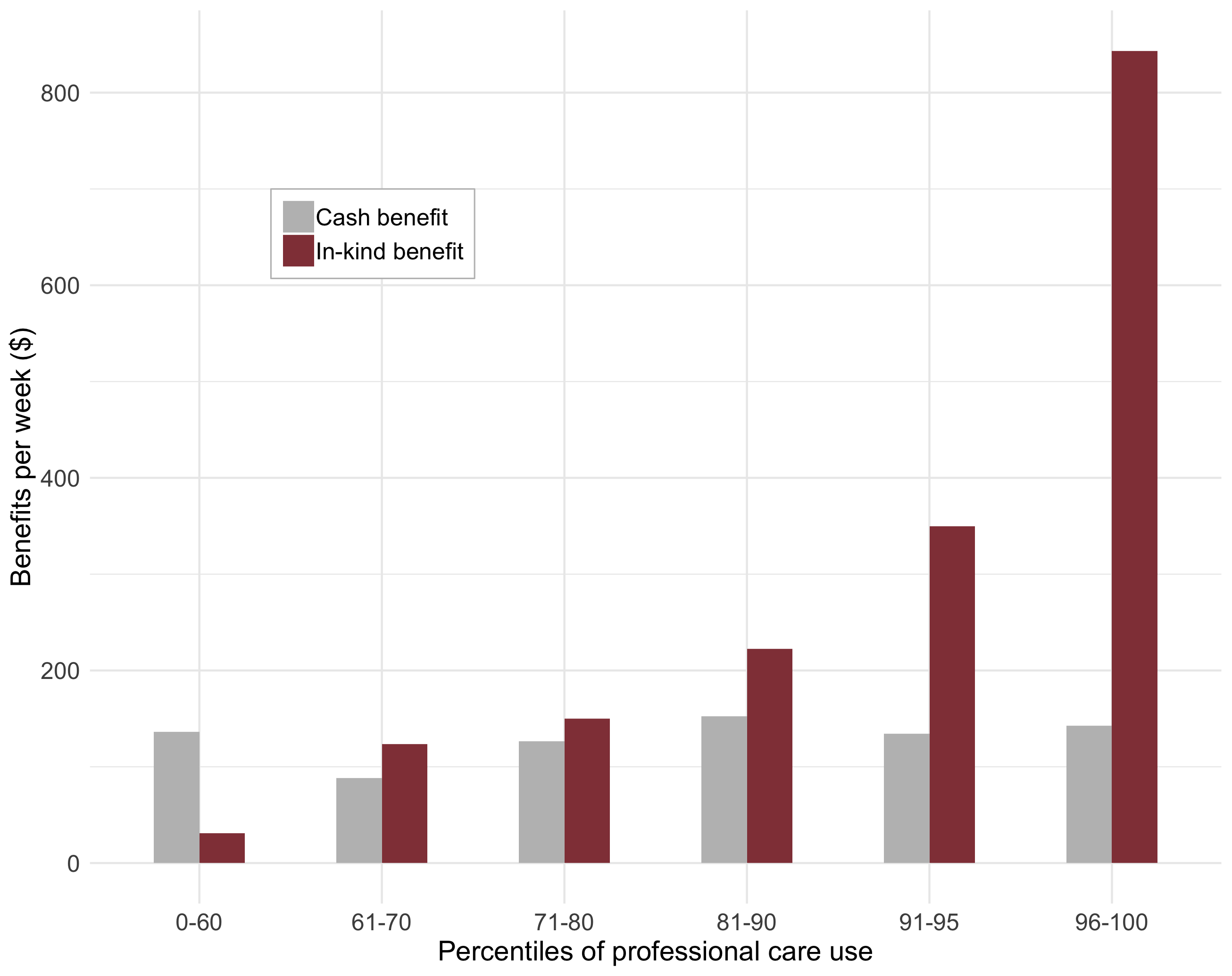 In short, cash assistance spread resources thinly among most eligible recipients, and in-kind support largely zeroed in on the group who needed the most professional care. More than half the people in the in-kind program didn’t use any professional care at all, but likely would have used the cash for informal home care.

Lieber and Lockwood showed that a mix of  home-care and cash support would have been best. And between purely providing professional home care and only giving cash, the in-kind program would have been much better overall.

The authors’ study uncovered the tradeoffs involved in switching to cash assistance in the context of America’s growing home-care market. And while the specifics of any policy matter a great deal, their research may also shed light on the broader debate about making other social programs more flexible.

“If you have a program where some people get really big benefits and some people get small benefits, that's a case where in-kind tends to be more attractive,” Lieber said.

"Targeting with In-Kind Transfers: Evidence from Medicaid Home Care" appears in the April issue of the American Economic Review.

Food stamps are designed to put food on the table. But do they work?