How can better property rights improve the economy? 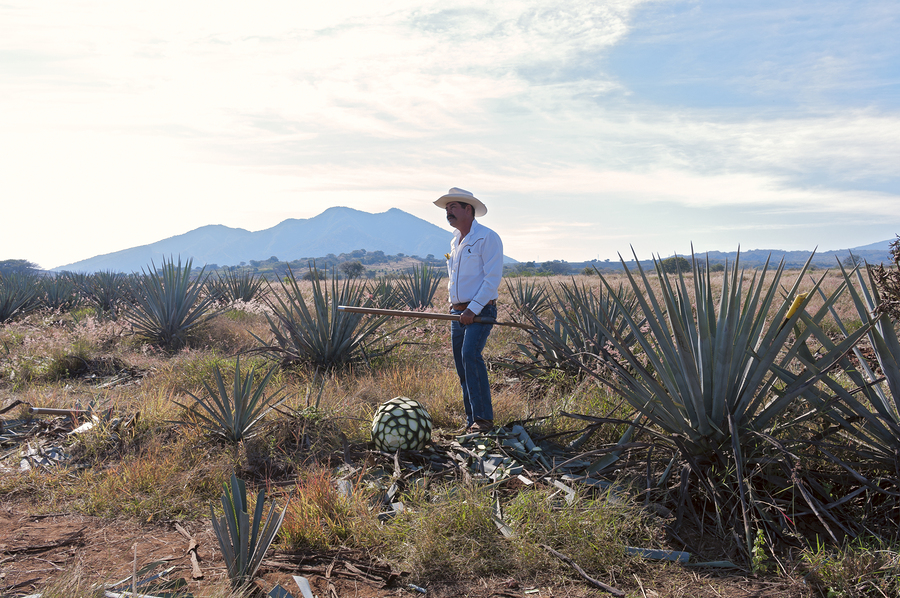 Agave cultivation in Amatitán, Mexico. In the early 1990s, the agricultural sector in Mexico accounted for only 3.8% of GDP, even though a third of the population lived in rural areas.

Historically, there is only one proven model for how countries get richer – moving workers from farms to non-farm jobs, principally in cities, where they can be much more productive. It happened in the 1800s in western Europe and the U.S. and is still happening today in emerging economies in East Asia.

Some countries have been slower to urbanize though. Land-use policies in place in Mexico during most of the 20th century may have been responsible for suppressing this crucial growth formula in that country. An article appearing in this month’s issue of the American Economic Review finds evidence that recent land-use reforms in Mexico that solidified farmers' property rights allowed a boom of migration and probably contributed to an acceleration of economic growth.

In Delinking Land Rights from Land Use: Certification and Migration in Mexico (PDF), authors Alain de Janvry, Kyle Emerick, Marco Gonzalez-Navarro, and Elisabeth Sadoulet examine the effects of a 1990s program that revamped the land rights regime in Mexican agricultural communities called ejidos. Under the new rules, land holders could rent or sell their land for the first time and did not need to maintain cultivation on the land to retain ownership. The authors argue that these changes spurred a healthy outmigration from ejido communities to urban centers while simultaneously increasing the productivity of farms.

Where did the ejidos get their original set of restrictive property rights? A land reform movement beginning in the early 20th century created thousands of ejidos across the Mexican countryside. These egalitarian-minded reformers decreed that land should be split into small plots so that access to land could be spread as widely as possible, and the transfer or sale of plots was prohibited. Ejidatario families had limited land claims that could only be maintained through continual productive use of the land. In practice, that meant a choice between cultivating a low-value corn crop or losing the land permanently.

Internal migrants in Mexico have been heading north
Net internal migration rates by state, 1995–2000. On net, migrants flowed from agricultural states in the southern half of the country to northern states with economies oriented toward manufacturing and tourism.
Source: 2000 Mexican Census of Population and Housing

During this era, people living on ejido farms may have seen opportunities to increase their standard of living by moving to factory jobs in urban areas or at least dispatching some family members to work there. But this was not feasible because the land could not be sold and would be lost permanently without sufficient family labor to work it. The authors argue that these families were stuck on their farms, but their incentive was to remain rather than giving up their land for nothing and moving to the city, even though they could earn much more there than on the farm.

To determine whether this property rights regime actually inhibited migration to cities, the authors study the impact of a land reform program called PROCEDE that was introduced to ejidos across Mexico in the 1990s and 2000s.

The program created courts to adjudicate disputes and delineate property boundaries for the people farming on the ejidos. Property holders were then given a certificate of ownership linking a particular GPS-delineated plot to its owner. The new document-based property regime supplanted the previous use-based ownership regime and repealed the restrictions that had been in place for decades. Ejidatarios were allowed to retain ownership even if they didn’t grow anything, and allowed to sell the land to neighbors or outside groups if they wanted to do that instead.

If the authors' hypothesis is correct, then these reforms should have unleashed a surge of migration out of the low-productivity ejido areas. Workers would have the option to sell their land and move to urban areas, or dispatch some members to jobs in the city while the rest of the family stayed home on the farm. If no increase in migration is detected, it suggests that the previous property rights setup was not holding Mexican urbanization back significantly.

The PROCEDE reform was a major undertaking and took 13 years to roll out across the country. To measure the effect of the reforms, the authors compare ejidos that were certified earlier in the process to ejidos that were certified later. Using highly detailed data on households gathered as part of a separate program, the authors find that households in ejidos certified by PROCEDE saw a 28% increase in permanent migration by at least one family member. Census data confirms that certified ejidos lost 3-4% more population between 1990 and 2000 than other ejidos.

These results suggest that the permanent reallocation of labor between sectors of the economy can be an important pathway through which formal land rights affect economic performance. This adds to the literature on property rights which focuses on investment and increased access to credit as key pathways between rural land reform and economic growth.

In a separate study, some of the authors found meaningful patterns in the selection of ejidos for early participation in the program. Ejidos that participated earlier were wealthier, had more eligible voters, were closer to big cities, and were in areas aligned politically with state governors. In essence, the most politically powerful and connected ejidos got preferential access to the reform.

This could provide an alternative explanation for the finding of increased migration from the early-certified ejidos, but the authors show that migration patterns were actually quite similar before PROCEDE. Early- and late-certified ejidos look quite different in general but not where migration is concerned. That means the migration differences observed in the wake of the reform are likely to be an effect of PROCEDE rather than a byproduct of some ejidos' different characteristics.

The authors also examine satellite image data and establish that the extent of cultivated land did not recede noticeably in certified ejidos during this period of outmigration. This suggests that a smaller base of agricultural labor was able to produce roughly the same crop output, which is not too surprising in light of the fact that the average ejido farming operation increased in size by 5-10% in the first-certified ejidos, with some farms becoming significantly larger. Larger farms can be more efficient because of less need for duplicate equipment and more scope for specialized labor.

Evidence of a link between property rights and labor mobility in Mexico jibes with results from another recent study of urban squatters in Peru. Providing land titles to squatters conferred government protection and reduced the need for residents to personally guard their homes and property from intruders. As a result, families substituted adult labor for child labor and residents were more likely to enter the formal labor market.

Shoring up property rights has long been seen as a promising policy for strengthening developing economies, but most previous work on this topic focused on the potential for increasing investment in agricultural areas rather than migration. This study and other recent work highlight another justification for titling reform – helping labor move out of the agricultural sector. So far the evidence is limited to a few specific countries, but as more and more countries modernize their property rights regimes, we may see a rising trend in labor mobility that could lead to faster economic growth across the developing world. ♦

"Delinking Land Rights from Land Use: Certification and Migration in Mexico" appears in the October 2015 issue of the American Economic Review.

Are credit histories too revealing?

The merits of making lenders "forget" past transgressions