Is a globalized world a less equal world?

The relationship between globalization and inequality is not always straightforward. 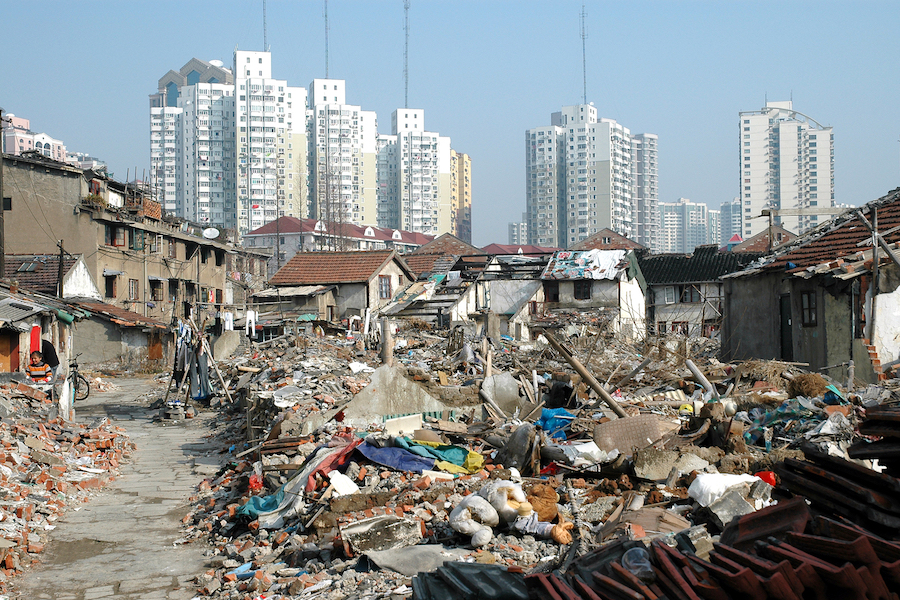 Globalization may not be the sole driver of global income inequality.

Whether Brexit, offshoring, or China’s growing middle class, globalization is at the core of many issues today. But often, globalization gets too much credit for changing the world — and potentially too much blame.

This is especially true of global income inequality. A common narrative frames globalization as the cause of inequality: by shifting low-skilled jobs from wealthier countries to poorer countries, economic integration has increased inequality within countries while lowering inequality between them.

However, the story is more complex.

It’s true that people living around the 80th percentile of global income (the poor and middle class of the developed world) have seen little real income gain from globalization, whereas many of the poor and middle class of the developing world have benefited greatly. At the same time, the global elite have continued to experience substantial gains, while the poorest people in the world have not seen much growth at all.

Clearly, the benefits of economic change have not reached everyone equally. Yet, globalization is only one factor in this unequal distribution. These numbers also reflect developments of the late twentieth century, such as the collapse of the Soviet Union and Japan’s period of economic stagnation. Those events contributed to the low income growth of the world’s middle class, but they were not directly related to globalization. Other factors like new technology, unequal education, deregulation, and differing social welfare policies help to explain these trends as well.

This is the point of a review essay in the June issue of the Journal of Economic Literature: globalization is one factor, but it is not the sole force behind recent patterns of inequality. People must understand the more nuanced — but also more complete — reasons behind inequality in order to tackle its consequences.

Right now, this dialogue is not happening, author Martin Ravallion said in an interview with the AEA. Economists and policymakers tend to see globalization differently.

“The debates are like two ships passing in the night," he said. "They’re not seeing each other’s positions.”

To have a more productive dialogue, everyone must recognize that the most popular narrative is not the most complete one. The alternative explanations for today’s patterns of inequality must be taken seriously on their own, but they can coexist and interact with globalization, too. Trade can induce the adoption of new technology, and political factors can cause countries to embrace globalization while lowering their social safety nets.

Still, Ravallion says that most people are overestimating the significance of globalization as a driver of global income inequality — particularly the rising within-country kind. Although within-country inequality is increasing on average, its exceptions are almost the rule: France has not experienced an upward trend in inequality; inequality is falling in several countries; and, many developing countries have experienced both rising and falling inequality over the past few decades. This diversity of outcomes suggests that policymakers should not use globalization alone as a scapegoat for inequality.

In fact, policy can help to explain these differences among countries. As nations adopt stances on education and health policies, minimum wages, taxes, social programs, and basic incomes, they can mitigate or exacerbate the effects of globalization. They can also have effects outside of globalization altogether. 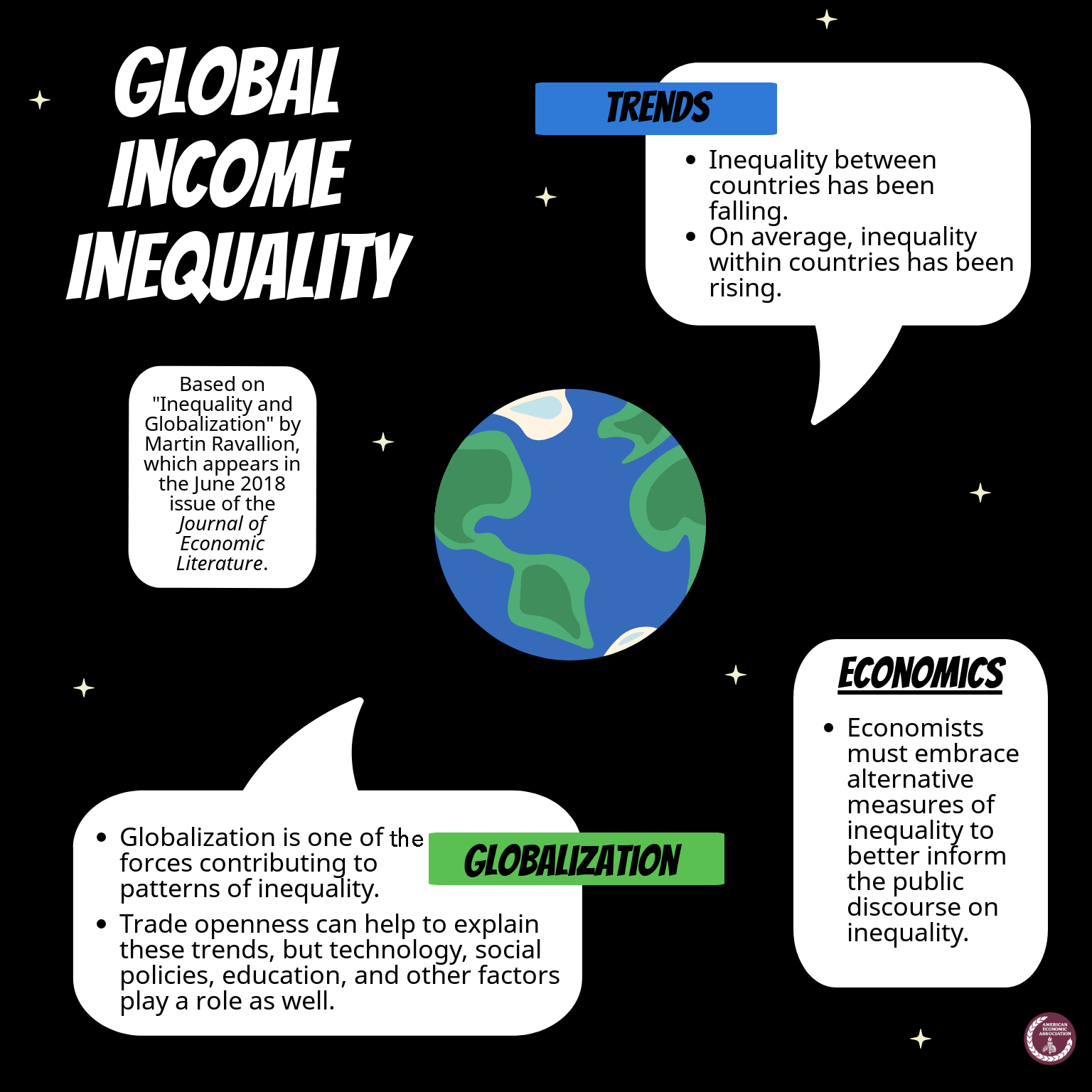 Finally, Ravallion wants people to think about why they care about inequality. Even if there is no intrinsic reason to care about inequality, he says, studying inequality is essential to understanding how economies work. It is also instrumental to objectives like reducing poverty, especially among the poorest people in the world. This is why inequality should be a more central issue in economics, says Ravallion. When it is treated as a peripheral issue, economists cannot fully confront these related challenges.

Of course, it is not enough for economists to focus more on inequality. When economists do study inequality, they must make sure to do so critically and thoughtfully — aware of how noneconomists view inequality, ready to look beyond popular narratives while being respectful of the element of truth in those narratives, and with a focus on the people who are affected the most.

"Inequality and Globalization: A Review Essay" appears in the June issue of the Journal of Economic Literature.

Historically, the benefits have been limited.

What will the next global financial crisis look like?

Crises could be less likely, but they may also be worse.