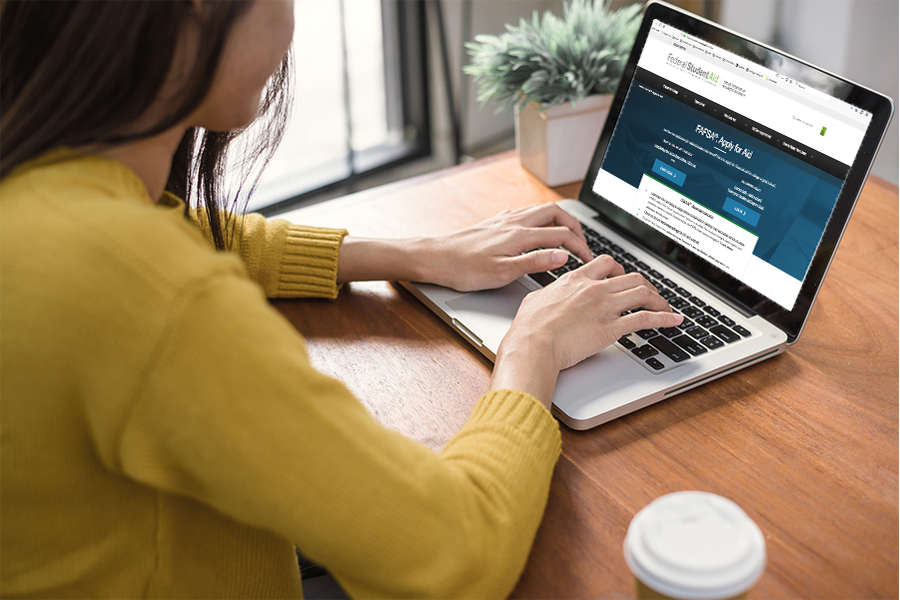 A student completes an application for federal student aid.

Escalating college costs have caused many to think hard about the value of higher education.

But students aren’t the only ones mulling this over; policymakers who design financial aid programs want to know whether they’re getting enough bang for their buck.

“Completely unanswered is what are the returns?” said Bruce Sacerdote, a Dartmouth College professor, in an interview with the AEA. “If we’re going to spend this money and get people through (college), can you measure the financial returns?”

Sacerdote does just that in a paper that appears in the February issue of the American Economic Journal: Economic Policy. He and co-authors Eric Bettinger, Oded Gurantz, Laura Kawano, and Michael Stevens examined California’s Cal Grant program to figure out whether it boosted college enrollment and the employment prospects for graduates over the long-run.

California appears to be getting its money’s worth. While the program didn’t boost college enrollment, it did help more recipients finish their education and ultimately resulted in higher earnings more than a decade later.

The boost in tax revenue from higher wages alone may be enough to justify the Cal Grant program, Sacerdote said, not to mention the spillover effects to communities that result from having a more skilled and productive workforce.

The Cal Grant program is one of the largest and most generous state-based financial aid programs in the US, offering an opportunity to study how one massive program affects the nation’s largest state.

Federal Assistance
The amounts that students receive in federal loans and grants varies widely across the US. The average aid per recipient in the 2015-2016 academic year ranged between $8,206 in New Mexico to $16,500 in Washington, DC. The map below shows data for all 50 states.
Source: Value Penguin

Eligible students must meet a minimum GPA and fall below a certain income threshold. The authors compared students who were on either side of the academic cutoff as well as the income requirement. Would a student with a 3.0 GPA who qualified for aid be more likely to enroll in college and go on to have higher earnings than someone with a 2.9 who was not eligible?

Using tax records and administrative data from the National Student Clearinghouse, the authors found that receiving a Cal Grant boosted bachelor’s degree completion by up to 4.6 percentage points for students who barely made the GPA cutoff relative to those who didn’t. It also boosted their earnings by 5.4 percent, or roughly $1,800, by the time they were around thirty years old.

The impacts were more subtle for students at the income threshold. Cal Grant recipients whose income was just beneath the ceiling weren’t more likely to complete college or have higher earnings than peers who were over the threshold. However, the grant did seem to change their decisions about where to enroll, with recipients becoming more likely to attend a private college. Those private colleges weren’t necessarily higher quality than state schools, which may explain why they didn’t have an income boost, Sacerdote said.

Importantly, the Cal Grant program did not improve college enrollment, putting these findings at odds with previous research. Sacerdote said he was a bit surprised by this, at first, but it made sense when you consider the population they were studying. These were families who had already taken the step to complete financial aid forms and, thus, had probably already committed to college. It wasn’t so much a matter of whether to enroll as it was whether they could afford to stay long enough to graduate.

As for the return on investment, California appears to be getting a lot for its money. A back-of-the-envelope calculation suggests that the benefits — when spread over a forty-year career span—far exceed the average cost of $4,000 per recipient. A worker earning an additional $20,000 every year for twenty years might return an additional $36,000 in tax revenue to the state over time. And that doesn’t take into account that they would be more likely to buy homes, form families, and contribute in various ways to their communities.

This assumes, of course, that the person chooses to live in California after graduation. That’s obviously not the case for everyone who receives a grant. And there are a lot of other factors that make it difficult to extend these findings to other states. Still, Sacerdote said the study offers plenty of support for continued investment in merit-based financial aid programs.

“I think that one message is that, in many circumstances, merit aid works,” Sacerdote said. “It works on getting people through. It works on boosting earnings.”

“The Long-Run Impacts of Financial Aid: Evidence from California’s Cal Grant” appears in the February issue of the American Economic Journal: Economic Policy.

What can high schools do to boost a student's chances of enrolling in college?