The AEA interviews Maya Rossin-Slater and Petra Persson about maternal stress during pregnancy and the long-term impacts on a child's mental health.

The stress that a woman experiences during pregnancy can affect her child's mental health later in life.

Pregnancy is stressful enough for women.

Beyond adapting to their changing bodies, women face pressure to eat the right foods, avoid activities that might be harmful, make preparations with their employer, absorb often conflicting health advice, and deal with the daily judgements of friends, family, and strangers.

And that’s under the best circumstances. A sudden tragedy would further strain an expecting mother’s physical and mental health. That stress may impact the fetus, too, and have far reaching consequences for a child’s mental health, according to a paper in the April issue of the American Economic Review.

Researchers Petra Persson and Maya Rossin-Slater say that kids whose moms experienced a death in the family during pregnancy were more likely to use prescription mental health drugs later in life, even into adulthood, than kids who experienced a death shortly after birth.

The findings shed light on the need to reduce stress for women who are expecting, and the authors say that the burden for doing so should fall on policymakers, not pregnant moms.

Persson and Rossin-Slater spoke with the AEA about how they approached their research and some potential policy implications. An edited transcript of that conversation follows and a fuller-length audio version can be heard by clicking on the media player below.

AEA: There's been a lot of research about the stress on a fetus and resulting conditions, but it's been something that other fields have explored. As economists, why was this something that interested you?

Maya Rossin-Slater: As economists, we think there's at least two reasons why this is an interesting issue and worth further investigation.

The first one is that identifying causality here, the causal effect of exposure to stress during the pregnancy is actually very challenging. Experiencing stressful events does not happen at random. We know for example that poorer people, those with health problems, or other types of disadvantages are much more likely to experience more stress than their more advantaged counterparts. In economics we often try to use natural experiment designs to try to overcome these challenges, to separate out causation from correlation. So our goal was to try to build on these existing correlational studies with a research design that was more focused on causation.

The second reason why we think this is an interesting issue for economists is because we focus on mental illness, which is a really costly issue.

Petra Persson: On top of the fact that mental illness is a health problem, it is very much an important economic problem that economists should be very interested in. There are two types of important costs. First there are private costs. We know that one in seven school aged boys are treated with ADHD drugs and also we know that Americans spend more on antidepressants than they spend on any other drug except pain killers and cholesterol regulators.

On top of these private costs, from an economic perspective, there are important social costs that work through our social insurance programs. For example, we know that mental illness accounts for over half of the rise in disability receipt among men in the last two decades. 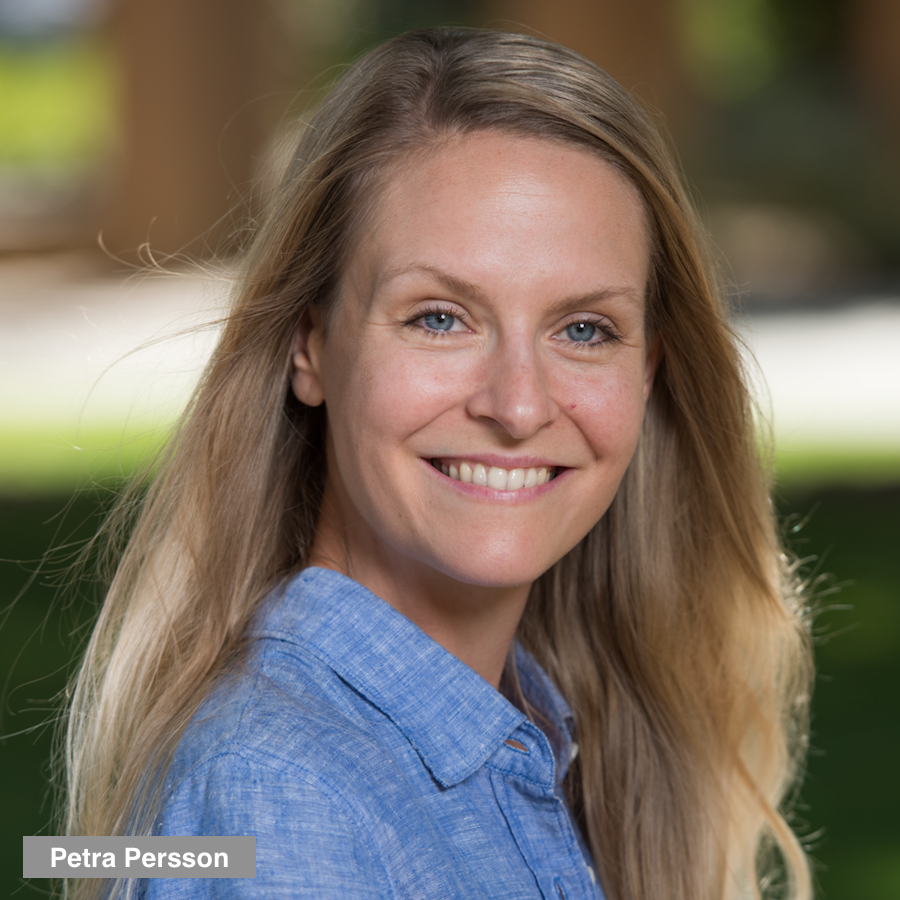 AEA: Can you explain David Barker's fetal origins hypothesis and what we know about how a mother's stress can impact the fetus?

Rossin-Slater: Barker's fetal origins hypothesis is this idea that shocks during the in utero period can have long lasting and possibly even latent effects.

Physiologically speaking, one mechanism relates to the stress hormone cortisol. The idea is that when a mother experiences adversity, this induces a surge of cortisol. And this is believed to affect the development of the baby. Basically, when a fetus is overexposed to cortisol during pregnancy, then he or she is programmed in such a way that the body expects stress once the child is born. But if the actual environment that the child is born into is resourceful as is the case in most of the modern developed world then there's this sort of mismatch between the fetal programming that happens during the in utero stage and the actual experience the child has when growing up.

I should mention that I think this is still a bit controversial in the literature and not settled exactly what the channels are, but this is the primary one that has been proposed so we sort of set out the best we can to identify the causal effects of stress.

AEA: Tell us what dataset you used and how you went about figuring out what the impacts were.

Persson: We take advantage of this fantastic administrative data that we have from Sweden that allows us to link children back exactly to their relatives four generations early. We map the entire family trees of these children. The second thing that we're able to do using the Swedish data is to merge detailed information on birth records and deaths and demographic characteristics of all these family members to nationwide or population-wide prescription drug purchases.

We focused on children with moms who experienced the death of a relative, either during pregnancy or shortly after the child's expected date of birth. And then, to isolate the effect of exposure to maternal stress from bereavement, we essentially compared the outcomes of these two groups. The idea is that all children in our data, in these two groups, all of those children are exposed to the death of the mother's relative at some point, either in utero or in very early childhood. ... So everyone in the treatment group and control group can be affected by this stressful shock after they are born, but it's only the kids in the treatment group that can be affected on top of that through the fetal environment. 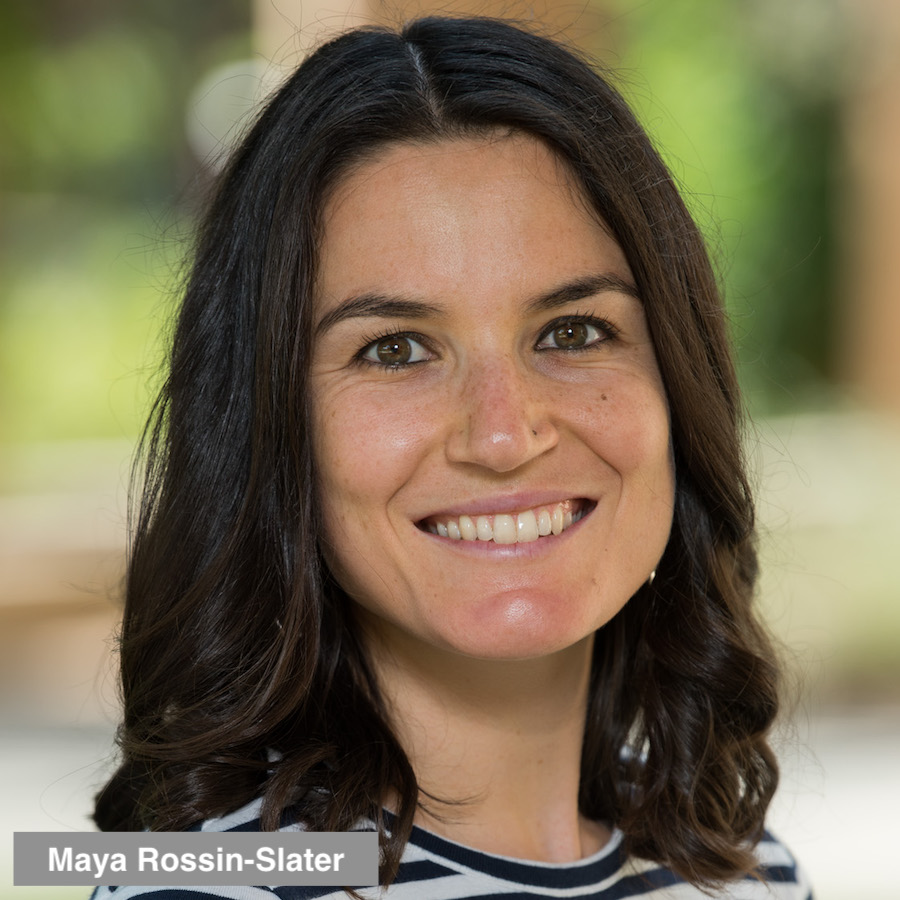 AEA: How much more likely were children to have to go on these drugs and be treated for mental health if they were exposed to this in utero?

AEA: Is there something that you were unable to test for that might also be affecting their mental health?

Rossin-Slater: As with any research design, we can never be 100 percent certain. ... For instance, it could be that a child whose mother loses a close relative when they're in their first year of life, that affects how the mother interacts with the child during that crucial time of development whereas this is different if the mother experiences this shock during pregnancy. And that interaction could have its own effect on how the child develops and their later mental health. We think we've done the best that we can given the available data.

AEA: In a comment on your paper, Brett Matsumoto took issue with how you defined the control group. He basically said that it was skewed toward kids with longer gestation periods and excluded some children who were born prematurely. You had a reply to that comment in which you re-estimated some of your responses. Could tell us what you found?

Persson: Let us first say that he correctly points this out. So we thank him for bringing this to our attention. What we did was re-estimate our results with exactly his suggested control group and it turns out that, while re-estimating our results attenuate our birth effects, our results on mental health in childhood and antidepressants and anti-anxiety medication in adulthood remain essentially unchanged.

AEA: What do you want policymakers or family health advocates to take away from this?

Rossin-Slater: There's a lot of interest today among both researchers and policymakers in understanding the trends and growth in inequality and intergenerational transmission of socio-economic status both in the US and around the world. What we think we can contribute to that discussion is that we're pointing out one channel through which disparities in early life, and experiences during pregnancy even, can perpetuate disadvantages across generations.

Women already experience a lot of guidelines about what they should and shouldn't do during pregnancy. We don't want this to be yet another guideline, such as don't be stressed out. Instead, we think that this is useful for policy.

We don't want our results to necessarily be interpreted at this individual level putting more burden on women. Women already experience a lot of guidelines about what they should and shouldn't do during pregnancy. We don't want this to be yet another guideline, such as don't be stressed out. Instead, we think that this is useful for policy. As an example, there's a lot of discussion these days about family leave policies. But what's missing from a lot of those discussions is whether or not any leave can be taken during pregnancy. Our results suggest that if factors associated with working are stressful for women, then considering a policy that also allows them to take time off during the pregnancy would be an important thing.

“Family Ruptures, Stress, and the Mental Health of the Next Generation” appears in the April issue of the American Economic Review. Music in the audio interview is by Podington Bear.