How economists can help combat COVID-19

Boston University epidemiologist Eleanor Murray says the tools of economics can help her field better understand the impacts of the disease. 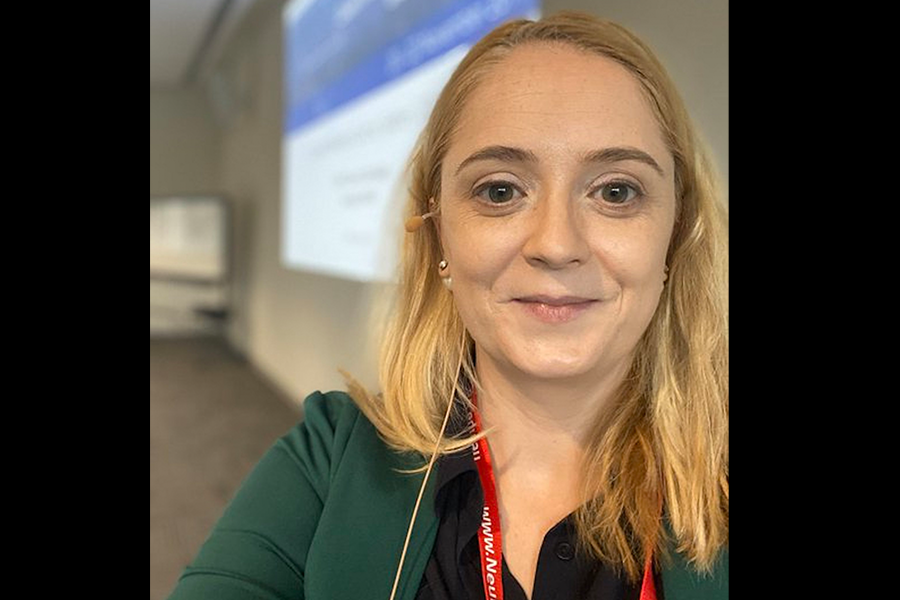 Eleanor Murray is an assistant professor of epidemiology at Boston University.

Epidemiology used to be a quiet discipline whose experts were not much used to being in the public eye.

Then COVID-19 happened. Suddenly, epidemiologists everywhere were being called into service to track the virus and formulate a plan to combat its spread.

But Boston University epidemiologist Eleanor Murray says there are a lot of questions about the pandemic’s impact that are beyond her field’s expertise. In the Journal of Economic Perspectives, she makes the case that economists have an important role to play in studying and responding to COVID-19.

She recently spoke with the AEA’s Chris Fleisher about why estimated cases and deaths in some of the early models were so wildly different, some of the most urgent questions about the pandemic that economists should tackle, and why she believes it’s important that both fields work together.

An edited transcript follows and the full-length interview can be heard by clicking on the podcast player below.

Chris Fleisher: Why do you think economists have a role to play in [responding to] a public health crisis?

Eleanor Murray: This is something that really became apparent to me in March and April when COVID-19 was spreading throughout the US. There were a lot of well-established public health responses that public health researchers, professionals, and officials were calling for actions to control the spread. Other countries had taken those actions to successfully control the spread and the pushback in the US was about the economy. It was surprising to me to realize that nobody seemed to have really thought about that before.

Pandemics are something that in public health we just assume are coming. We have a lot of scholarship looking at historic outbreaks and pandemics and how to stop them. We have a lot of tools for controlling the spread of the infectious disease. But those tools are not focused on other things like keeping businesses from going under and ensuring that people get payments that let them quarantine. As an epidemiologist, it seemed to me that this was the realm of economics.

Fleisher: I want to talk about some of the early models we had for tracking the spread of the disease. London's Imperial College's prediction of the spread got a lot of attention early as did the Institute for Health Metrics and Evaluation. Both were way off, but in different ways. Could you explain why?

Murray: We have a lot of literature about “if this, then that” situations for outbreaks. If an outbreak looks like it might be this bad, then these are the sort of actions we should take. The very first important thing to model is the worst case scenario. With the London Imperial College model, that was the first part of the aim.… Then it added some interventions. But the goal wasn't really a model with the actual trajectory or forecast. It wasn't like a weather forecast. They're not trying to tell you on this day this is how many cases we'll have. They're trying to understand the level of disease spread to help people go back to previous pandemics, previous outbreaks, and determine the level of response that's appropriate.

The IHME model’s real goal was to focus on helping regions predict how many hospital beds they should expect to need for COVID patients this week and maybe next week. They're really trying to do that immediate short-term forecast, which is generally relatively predictable based on what you see now. Today's cases are going to be tomorrow's hospitalizations or next weeks' hospitalizations. With that goal of predicting hospital use, they could use the relatively short-term case information and some basic modeling assumptions that just made that easy. Rather than try to model the spread and transmission and all of these interpersonal factors, they just modeled it as a curve starting out. That came with some consequences.... At some point the curve has to come back down. Their initial model said everything would be over by June. But that wasn't the goal of their model. It was just sort of an incidental consequence of the modeling choice.

Fleisher: People's [behavioral] choices to wash hands, wear masks, stay socially distanced all affect COVID’s spread and have made it difficult for epidemiologists to track. Economists study behavior. What do you think economists should focus on to better understand people's choices?

Murray: I've seen some great work where economists have been able to mobilize the platforms that they already had for polling people on their opinions or surveying people to understand the impacts on their daily lives. I think that's been really helpful. A lot of epidemiology at the moment [is using] large cohort studies that are collected by a group and then everybody analyzes it. That's useful from an academic health perspective but it doesn't really allow a rapid pivot in times of an outbreak to know what's going on with individual people in their lives. Something that has been really useful is ... the ways [economists] have for collecting data from people about their behaviors and knowledge.

One of the things that sometimes comes up that's potentially a problem is that there are a lot of things that epidemiologists think about in terms of who is included in the data and how that might affect representativeness of the results. I think it would be nice to see economists and epidemiologists collaborating on that to make sure the data is being collected from the right group of people.

Fleisher: What kinds of questions do you think economists could help assess?

Murray: I think that there's probably a whole range of economic policy questions that would be really important to have some answers about. How do we ensure that people are able to get access to paid sick leave? How much do we need to compensate people or businesses for quarantine leave? Should we be fining businesses if their employees get an exposure that requires the employee to go on a quarantine? I also think that we're seeing a lot of situations where, even when a local outbreak is controlled in a specific area, it continues to circulate among the lowest income, most essential workers. Questions about how we keep essential functions going while also protecting those workers—those are the people who are least likely to be able to quarantine without taking severe financial hits—and whether there are ways that we can support both the health and the financial stability of those individuals. I think those are really important questions.

I'd like to see more collaboration between economists and epidemiologists. Economists can bring their modeling strengths and their knowledge of how to model policies, and then collaborate with epidemiologists who bring an understanding of the important endogenous factors to consider.

Fleisher: What about how to allocate a vaccine once we get one, in terms of determining who should be getting it first and how it should be distributed?

Murray: I think so, for sure, because there are not just health impacts and survival impacts of the virus, there are also economic impacts. One of the things we're going to want to think about when we think about equitable distribution of the vaccine is who is going to be most impacted. If there are people who are more susceptible, where even if they got a little sick they could lose their job and tip over into becoming homeless, those are people we might want to know about beforehand and think about allocating vaccines.

Fleisher: Is there anything that you'd like to see economists doing now as the need for combating this virus' spread becomes increasingly urgent?

Murray: Definitely one thing we'd like to see is economists being more clear that we do need to think about health and the economy together. I have seen some work on this coming out. For example, some analyses of historical outbreaks and pandemics show the relationship between the size of an epidemic and its impact on the economy. Most epidemiologists believe it would be worse for an economy for millions of people to die than it would be to implement some public health measures for a little while. I think that's an assumption that we're making. Maybe it's not true, maybe there actually is an opposition, but there's no data anywhere to support that. It's all sort of just people giving their opinions. Looking at what has worked ... to control both disease and protect economies would be really useful.

Another thing economists are really good at is understanding how policies affect group level outcomes. This is something that epidemiologists do a little bit but aren't necessarily that focused on. A lot of times, we're looking more at individual level exposures.

I'd like to see more collaboration between economists and epidemiologists. Economists can bring their modeling strengths and their knowledge of how to model policies, and then collaborate with epidemiologists who bring an understanding of the important endogenous factors to consider. Sometimes I see economic analysis of policies and it's like, "Oh, they forgot this really obvious thing that epidemiologists know is a problem but maybe we never really wrote it down anywhere."

“Epidemiology’s Time of Need: COVID-19 Calls for Epidemic-Related Economics” appears in the Fall 2020 issue of the Journal of Economic Perspectives.