Market-based reforms from 1999 to 2012 significantly decreased the costs of producing electricity in the United States. 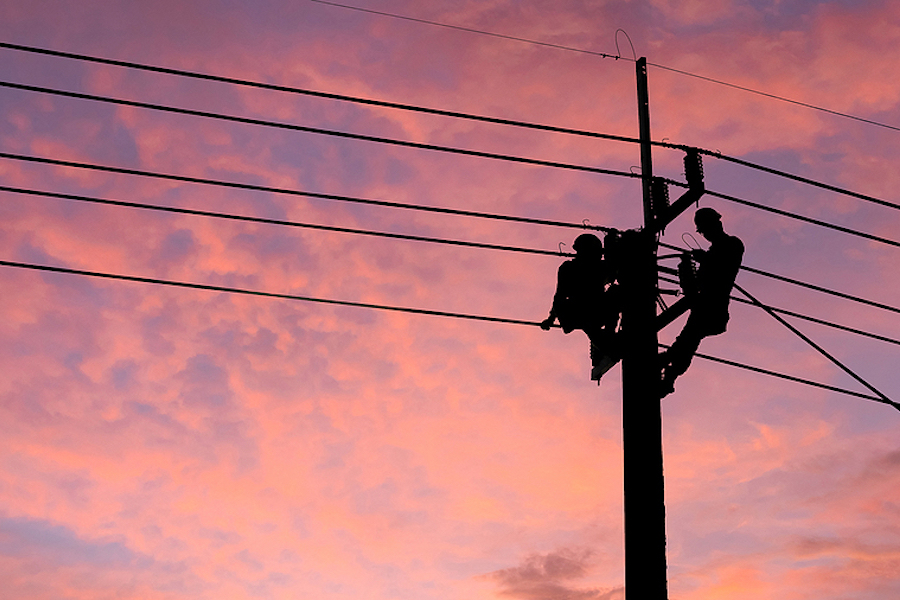 Last year, when the Texas power grid failed and left millions without electricity, many were quick to blame the state’s zeal for independence and free markets. Others connected the debacle to pushes for deregulation across US energy markets.

Such claims generate heated discussions about the trade-offs between market failures and regulatory shortcomings. But there is often little hard evidence or nuanced understanding on either side.

To shed more light on the question, economist Steve Cicala studied an extended period of market-based reforms to determine how they affected electricity generation in over half of the United States.

“Often when we talk about big questions like the comparative economic systems of a market-based economy versus a centrally planned one, we tend to have these vague debates,” Cicala told the AEA in an interview. “Here I found a setting that was like its own little laboratory for answering this kind of question.”

In his paper in the American Economic Review, Cicala says that the market reforms resulted in significant cost reductions and efficiency improvements. The findings highlight the benefits of using market designs to improve the efficiency of public utilities.

In the United States, electricity is managed by local “balancing authorities” in regions known as Power Control Areas (PCAs). Before reforms started in the late ‘90s, local utilities served as balancing authorities, deciding which power plants would produce energy, how much to produce, and where it would go within their purview.

The US electrical grid
In the chart below, the white boundaries delineate PCAs. The colored areas in the top panel identify separate regions of the North American Electric Reliability Corporation, which have historically coordinated operations. In the bottom panel, colored regions represent the wholesale markets for electricity after reforms. 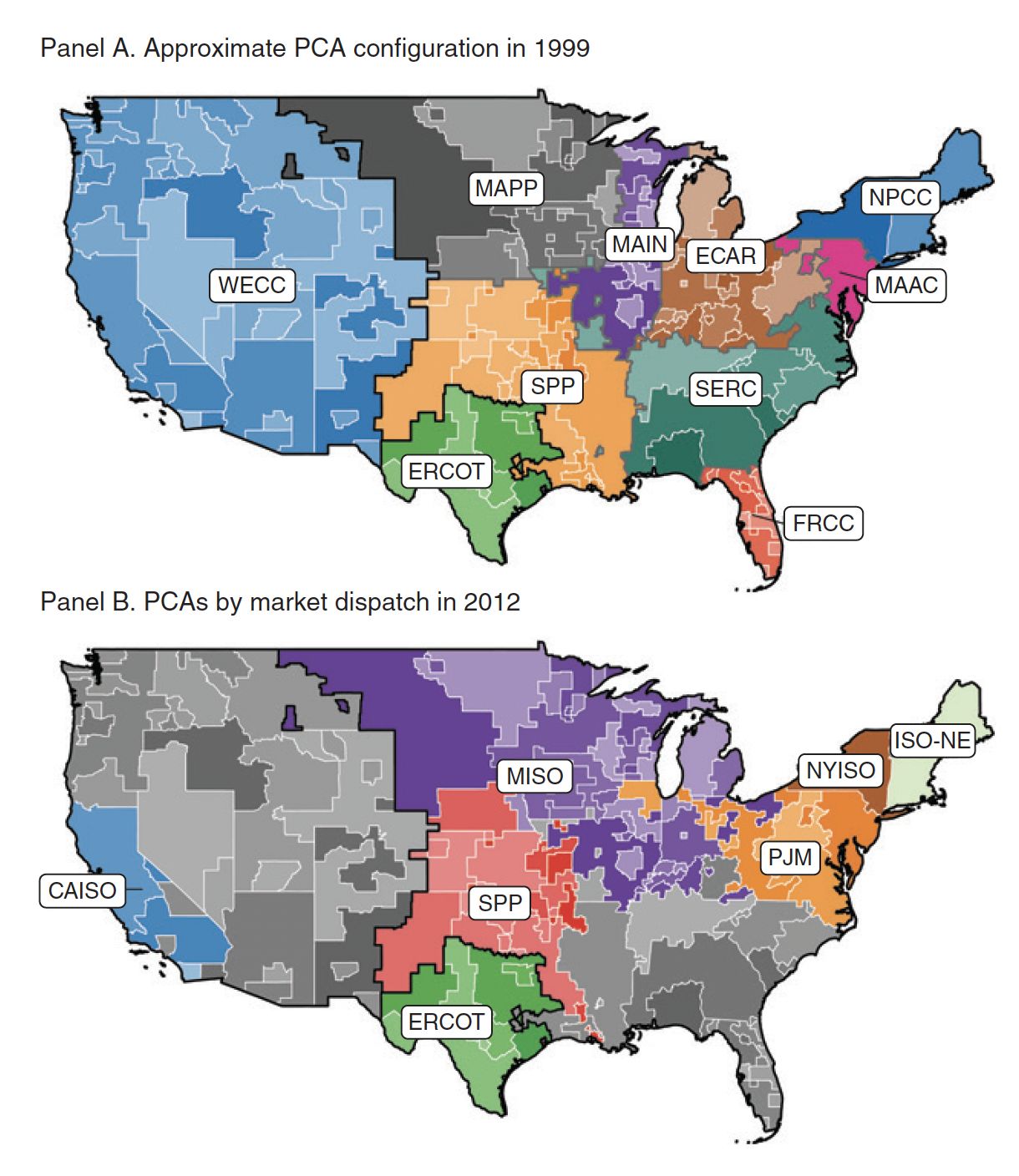 This command-and-control approach was built more for reliability than efficiency in matching supply and demand, which can be difficult in a market where there are large hourly and seasonal swings in consumption. In theory, market reforms could help facilitate that match.

While there have been many efforts at reforming the electricity sector, Cicala focused on one in particular. In 1996, the federal government led an effort to move the energy production decision to centralized, wholesale auctions for electricity.

According to this plan, generators across PCAs could submit bids to produce electricity in day-ahead auctions.

In a staggered rollout from 1999 to 2012, 60 PCAs transitioned overnight to this approach. As a result, auction markets went from covering 10 percent of US generation capacity to roughly 60 percent.

Using a difference-in-difference estimation strategy, Cicala compared the operational cost of producing electricity in PCAs following market adoption to those that had not undergone any changes, while at the same time accounting for the special local conditions of each grid.

He found that market-based reforms led to a 16 percent reduction in the costs from uneconomical power plants and a 55 percent increase in gains from trade. These savings were equivalent to between $3 and $5 billion per year, or roughly 5 percent of the total variable cost of generating electricity in market areas.

Integrating these areas using wholesale electricity markets allows prices to indicate where power is scarce, and facilitates trade. It has been highly cost effective.

“This really highlights the value of not just markets, but of integrating these separate utilities in a common marketplace where they compete against one another,” Cicala said. “Integrating these areas using wholesale electricity markets allows prices to indicate where power is scarce, and facilitates trade. It has been highly cost effective.”

Given that about 25 percent of electricity in the United States continues to be generated by plants operating based on the decisions of engineers at local balancing authorities, there is still substantial scope for reforms.

“Imperfect Markets versus Imperfect Regulation in US Electricity Generation” appears in the February 2022 issue of the American Economic Review.

The efficiency of outsourcing

Does the government save by hiring private contractors for publicly funded projects?

Scalpers book free appointments online and then profit by selling them on secondary black markets. But there may be a simple solution.