Will they flourish in the labor market without government support? 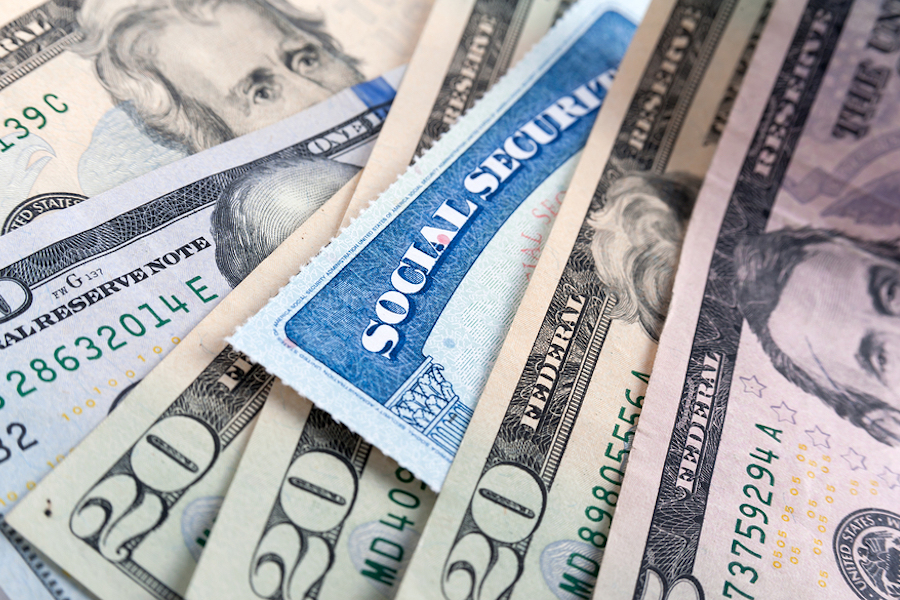 Near the end of his first term as president, President Bill Clinton delivered on a campaign promise to end welfare as we knew it.

“Today the Congress will vote on legislation...to transform a broken system that traps too many people in a cycle of dependence to one that emphasizes work and independence, to give people on welfare a chance to draw a paycheck, not a welfare check,” Clinton said in August 1996, announcing his intention to sign the Personal Responsibility and Work Opportunity Act.

Welfare reform is still a hot topic of debate two decades later. Questions remain about whether the 1996 reforms actually accomplished what its supporters wanted. Did it actually spur low-income Americans to find greater opportunities in the workforce or merely add to their financial strain by removing a vital lifeline for people who faced barriers to employment?

A study that appears in the November issue of American Economic Review suggests the latter.

Author Manasi Deshpande says that low-income youth enrolled in the U.S. Supplemental Security Income (SSI) program — a key form of cash assistance for disabled children and adults, and the elderly —  were not fully able to recover the income they lost when dropped from welfare rolls at age 18. Tightened medical requirements enacted as part of Clinton’s reforms caused them to be removed because they were no longer deemed to have a qualifying disability.

Forced to go to work after being dropped from the program, the youths were only able to earn back one-third of the government assistance they previously received.

The findings offer insight into a larger debate about whether welfare programs are creating perverse incentives for people to stay on government assistance rather than seek gainful employment.

“A criticism of the program is that these youths may not be disabled enough to merit being on disability, and if we just took them off disability, that they would flourish in the labor market,” Deshpande said in an interview with the AEA. “This study shows clearly that that is not the case.”

The paper comes as policymakers reconsider some of the actions taken during welfare reform in the 1990s. Decades ago, president Ronald Reagan decried so-called “welfare queens,” impoverished mothers who they claimed were making fraudulent claims for benefits. Critics charged that it was a racially charged stereotype based on false class assumptions, but the notion of people bilking the welfare system gained enough traction that it eventually led to widespread changes on some government assistance programs to rein in potential abuses.

A criticism of the program is that these youths may not be disabled enough to merit being on disability, and if we just took them off disability, that they would flourish in the labor market. This study shows clearly that that is not the case.

States like California have begun questioning the effectiveness of those reforms and have begun repealing legislation enacted during that period. Other states have continued to tighten the reigns on social assistance.

The SSI program is the largest nonwork-based cash welfare program in the United States. It pays about $50 billion each year to 8 million recipients, including 1.3 million children. The program in September paid roughly $540 per month to individuals.

Changes enacted as part of the 1996 welfare reform legislation made it more difficult for many kids to remain on the program after their 18th birthday. Children must requalify for SSI assistance when they turn 18 by undergoing a medical review. The new law increased the number and strictness of medical reviews, leading to more children being dropped from welfare rolls.

Studying enrollment data and reported income in the years that followed, Deshpande determined that kids were never able to recover that lost income over the long run, suggesting that removing them from the program did not help them become more self-sufficient.

Getting kids off disability support did have at least some of the effect that the 1996 law’s supporters imagined — it spurred some of them to earn more money out in the workplace. Youth who were dropped from the program earn about $4,400 per year in adulthood, an increase of $3,000 compared to those who stayed on SSI. But the boost in their paychecks wasn’t enough to replace the income they were receiving from the government.

Struggling to get ahead
Youth who were dropped from the U.S. Supplemental Security Income (SSI) program at age 18 struggled to replace that lost income in the workplace. Their earnings were volatile and not much better than peers who continued to receive assistance.
Source: adapted from figure 7 of Deshpande (2016).

Youth removed at age 18 were able to recover just one-third of their lost SSI income over a 16-year period. They lost $76,000 in income over 16 years, a 70 percent drop compared to kids who remained on the program. Being dropped from the program may also affect whether they receive other financial support through Social Security Disability Insurance.

Their income also was more volatile. They didn’t receive steady paychecks like the periodic payments coming from the SSI program, creating uncertainty and causing greater strain to their overall welfare.

Deshpande said it’s worth noting that the youth included in the study were dropped from the program during the economic boom years of the late 1990s, when one might expect the country’s rising prosperity to trickle down to lower socioeconomic classes. That didn’t seem to happen for these disadvantaged youth.

“This is testing the theory of does a rising tide lifts all boats,” she said. “Some boats are getting left behind.”

There are broader questions about the conditions that should qualify as a disability, and the reasons why the youth struggled to make up the income lost when they were removed from the program. Was it rooted in their disability? Were there other factors involved that were tied more to growing up in poverty?

“Do we provide support for them in adulthood?” Deshpande said. “Or do we try to invest early in life to try to make them more productive in the labor market in adulthood?”

Does Welfare Inhibit Success? The Long-Term Effects of Removing Low-Income Youth from the Disability Rolls appears in the November issue of American Economic Review.