Measuring the mental strain of living paycheck to paycheck 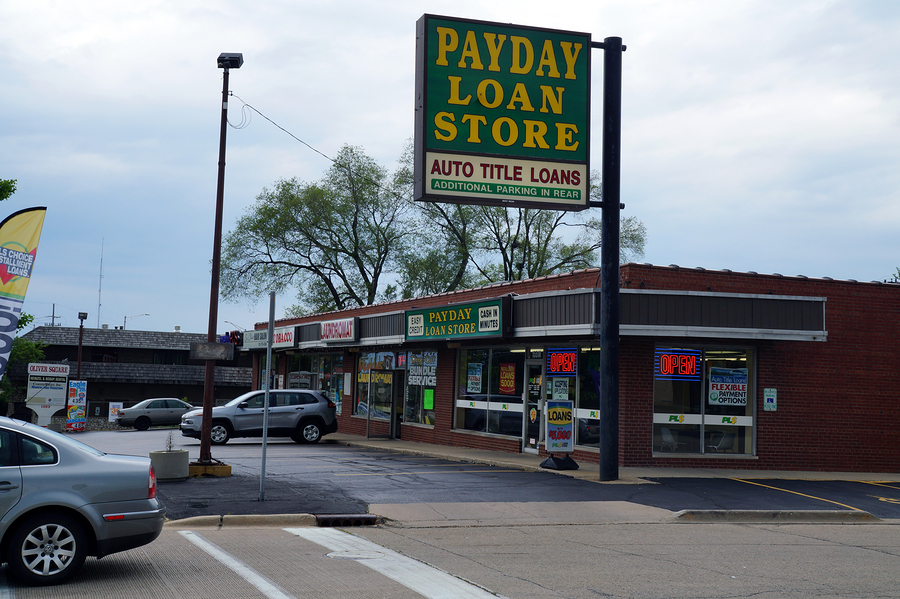 Recent research has popularized and quantified the notion of "decision fatigue" – the physical and mental exhaustion that results from continual decision-making. This has especially troubling implications for those in poverty who must constantly make financial decisions to keep from busting their budgets. Economists have wondered whether scarcity itself could be grating on the cognitive abilities of the poor and indirectly keeping them from rising out of poverty.

There's a straightforward way to determine if poverty leads to cognitive impairments with an experimental design, but it would involve taking a study population and paying enough to make half of them middle-class while consigning the rest to poverty. That kind of study is not an option for researchers, so they must look for more subtle ways to answer the same question. A recent article appearing in the American Economic Review surveys people immediately before and after payday in an attempt to measure this effect.

In Poverty and Economic Decision-Making: Evidence from Changes in Financial Resources at Payday (PDF), authors Leandro Carvalho, Stephan Meier, and Stephanie Wang draw on results from two different online surveys to compare the attitudes and cognitive function of two groups of people: those who have just received a paycheck, and those who are just about to get paid.

The evidence is clear that payday is not just another day for people without much income or savings: one’s standard of living can rise significantly after receiving a month's wages, a Social Security check, or unemployment or disability benefits.

The poor . . . are more likely to make use of expensive payday loans and check-cashing services, to play lotteries, and to repeatedly borrow at high interest rates [than the nonpoor]. The debate about the reasons for such differences has a long and contentious history in the social sciences.

One study found that retirees living on monthly Social Security benefits consumed 25% fewer calories the week before their monthly benefit (the effect was absent for those who could draw on income from their own savings). A study of households receiving food stamps likewise found that expenditures jumped dramatically in the days after Food Stamp benefits were disbursed.

All told, a large body of research has concluded that low-income families spend a lot more freely and spent more on food specifically in the days after receiving a payment. The effect is so profound that sometimes when payments are synchronized (as with SNAP food stamp payments in certain states), entire local economies become oriented around the monthly payday cycle.

All this suggests that low-income people who have just had a payday are better off financially than those who haven't been paid in a month. By comparing these two groups, the authors reason they can approximate the thought experiment described above where one group is assigned to live poorly and another group is assigned to live a middle-class life.

The authors survey a large group of people with low incomes and ask them ahead of time what days they expect major payments in the coming months, whether from a paycheck, government benefits, or some other source. The authors randomly split the sample into two groups, one who will respond to questions immediately before their paydays and one who will respond right after their paydays. The authors then sent follow-up questionnaires to each respondent at the appropriate time, depending on their group assignment and their personal pay schedule.

These two groups are comparable because they have been picked randomly from the same sample; there are no confounding differences between the group that responds to the survey before payday and the group that responds after being paid. This allows the authors to avoid the problems they would encounter if they simply compared low-income people to middle-income people (who might answer survey questions differently for a variety of reasons having nothing to do with their current living conditions).

The authors limited the experimental sample to a low-income population so they would be more likely to see a payday effect. The restricted their sample to include only people with annual household income of $40,000 or less, and about 40% of the sample actually had income below $20,000 a year. Fewer than half of the sample was employed, about half had zero or negative wealth aside from their house, and nearly half reported a serious hardship (like an inability to heat their home or having to go without meals) over the previous 12 months.

Cognitive function is no worse in the days before payday
A comparison of spending patterns and survey responses for low-income individuals who were surveyed either before or after receiving payments in the form of paychecks, disability payments, or other sources. The respondents who were just about to get paid showed slightly more impatience when asked to choose between less money sooner and more money later. But they performed no worse on cognitive tasks like the Stroop test.
Source: adapted from Figure 1 of Carvalho et al. (2016)

Despite the clear disparity between the two groups in financial circumstances, they scored about the same on a series of tasks designed to measure the decision-making skills, risk aversion, memory, and cognitive function of the respondents.

One set of tests probed the economic decision making skills of the respondents, asking a series of investment questions with different interest rates and looking for internally inconsistent responses. Other tests included a Flanker task and a Stroop task to assess reaction time and cognitive responsiveness. In each case, the before-payday group did just as well as the after-payday group, despite the greater levels of financial strain (see figure above).

The strong negative result across a variety of contexts suggests there is not much to the theory that short-term poverty imposed by payday cycles causes any cognitive impairment or measurable decision fatigue.

But, by design, all of the people in this survey had recently received a major payment or were expecting one soon, so they were not as badly off as some. It's certainly possible that a longer spell without payment could take a greater toll on cognitive function that the authors would not be able to capture with this study design. The authors close with a call for more research into how differences in long-term socioeconomic status can play into economic decision-making abilities. ♦

"Poverty and Economic Decision-Making: Evidence from Changes in Financial Resources at Payday" appears in the February 2016 issue of the American Economic Review.