Are we in a "golden age" for entertainment?

The AEA interviews Joel Waldfogel about the quality of books, music, movies, and television produced in the digital age. 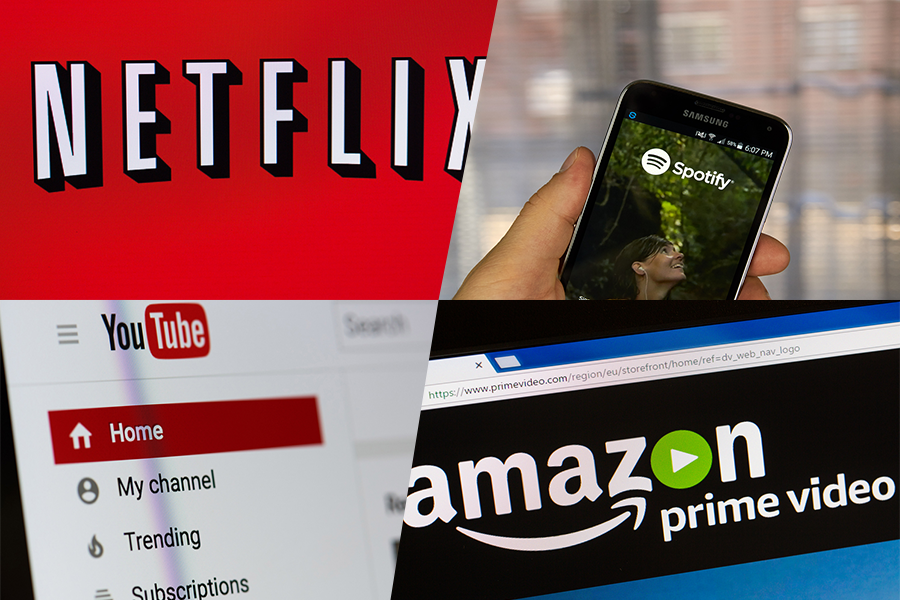 There are music streaming services, e-books, podcasts, on-demand movies and television shows, available to be consumed on our phones or computers for little or no cost.

The digital age has given us an embarrassment of riches, according to University of Minnesota professor Joel Waldfogel. Although it’s true that technology has upended the economic model of traditional gatekeepers like record companies and publishers, Waldfogel says the quality of the best content being produced hasn’t suffered.

What’s more, streaming services like Netflix and Amazon are eager to keep giving it to us.

Waldfogel published a paper about this golden age of digital entertainment in the summer issue of the Journal of Economic Perspectives. He is expanding it for a book that is scheduled to be published next year.

Waldfogel spoke with the AEA about when this golden age began, how it opened opportunities for independent artists, and whether it can be sustained.

An edited transcript follows and you can hear the full conversation by clicking on the media player.

AEA: You're not the first person to point out that we're in a golden age for entertainment media. But how do you measure quality?

Joel Waldfogel: I'm agnostic on the aesthetic aspects of quality even though, as a human, I have some views. As an economist, whatever it is that makes people want to use stuff and makes them willing to buy stuff is what is generating quality. The ideal way to measure this is to look at things like usage, conditional on price.

The other broad way to think about quality is not to look at consumer usage decisions but rather the critical assessments of wise people. You can find a lot of these “best-of” lists and see well how many works made it onto the list from this year versus that. What's interesting if you go back to my other method, the method based on usage data, what you see is a surprising correspondence. You see that music from 1970, despite how old it is, is used more than music from other vintages when it reaches the same age. So you see a real correspondence between what consumers are saying and what the critics are saying.

Come to the present, the period since Napster, which is this period in which there's a catastrophic reduction in (music industry) revenue. What is fascinating and surprising is that not only is there a huge growth in the amount of new music released, but if you look at this usage-based way of measuring quality, you see the quality of the vintages released since 1999 have risen to a level we haven't seen since about the mid-1970s.

AEA: How can we have this profusion of high-quality music and yet falling revenue to support it?

Waldfogel: Digitization radically reduced the cost of bringing new things to market. Instead of needing to have an expensive studio for recording, I could record pretty effectively with inexpensive software and a cheap computer. In addition, it's much cheaper to make things known. In the old days, the way to make music known to consumers was to get it on the radio. A very small fraction of new stuff got on the radio and it was expensive to get it there. Now there are so many different channels through which people can learn about new music. It's relaxed the bottleneck of distribution and made it much cheaper. 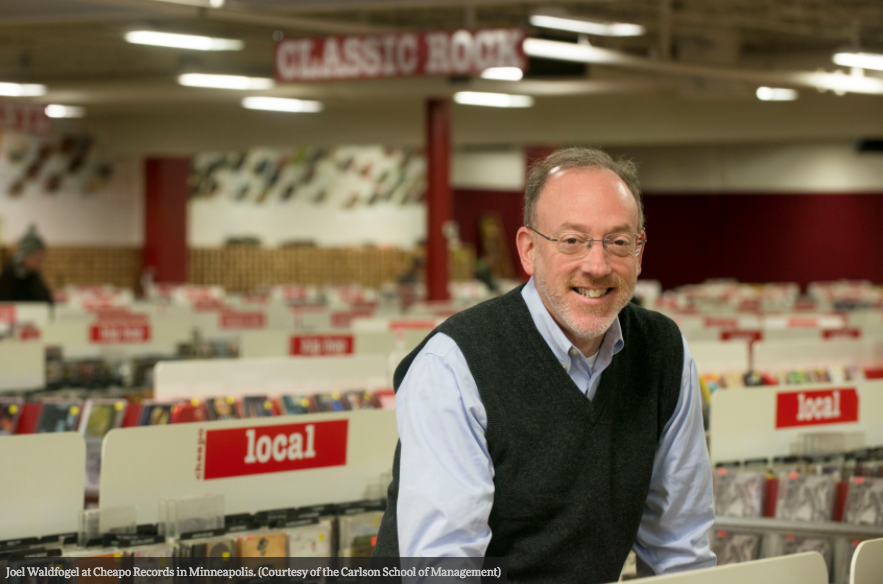 AEA: What are some examples of some television shows, bands, or books that maybe would not have been available to the public 20 years ago?

Waldfogel: Maybe the best example in books is the book 50 Shades of Grey. It's actually a trilogy and a boxed set. I'm not going to naively tell you that it’s good in an aesthetic sense. But it's an enormously valuable product in the sense that so many people have bought it, and it's a product that might have been unlikely to have made it to market because the traditional publishers would have looked at this and said, "This is garbage. We're not going to publish it."  In music, Justin Bieber was discovered on YouTube. One can't say with certainty that he wouldn't otherwise have been discovered, but he's certainly a neat example of that.

AEA: What is the future for traditional gatekeepers in this entertainment ecosystem?

Waldfogel: I don't think they're so endangered. When you think about products where a big swath of the population is going to be interested in it, the traditional guys are really very good at distributing and promoting that sort of thing. Taylor Swift doesn't want to go on an indie label. She wants some entity with the muscle to get it into Walmart and get it on TV. What the new technology has done is take the chance taking and put that into the hands of a much wider range of different smaller entities. The big entities can then outsource the chance taking now and invest their effort into more predictably successful things.

AEA: What is the role that some of these bundled subscription services, like Netflix, might play in the industry going forward?

Waldfogel: A few years back, when people were paying $1 for a digital song, the only time purchases occurred is when somebody was willing to pay at least $1. Think about all those situations where there's a song that you're interested in, but you think, "I don't know. I'm only willing to pay 50 cents for it." All of these opportunities where people were willing to pay something less than the price, nothing happens in that old world. In the bundled world, when an individual is willing to pay $10 for a subscription, what he or she is doing in their heads is adding up their willingness to pay for everything, and if it comes to more than $10 they would say go ahead and subscribe.

Until 2016, this really hadn't worked in the sense that the revenue coming from these bundled services didn't seem to be offsetting, or maybe it was barely offsetting the reduction in sales from permanent downloads. But 2016 was a year in which the gains from streaming more than offset the losses from reduced sales. So the music industry finally had some good news.

It's just less costly to bring stuff to market. So, we should expect that things should always in the future be better than they were ten years ago.

AEA: What might spell the end of this golden age?

Waldfogel: First of all, some of the fundamentals here are permanently better. It's just less costly to bring stuff to market. So, we should expect to see that things should always in the future be better than they were ten years ago. That said, we may be living through a temporary period of more than long-run expectation in two senses. One is that maybe a lot of stuff that has come to market in the past decade was a pent up supply of things. Imagine all of the books people had written but had not been able to publish. It might suggest we're in a temporary period of high supply.

Another is that there is competition among platforms. Netflix spent $6 billion last year buying content. Amazon is spending tons of money. I saw an article describing Netflix and Amazon at Sundance acquiring movies as if they were "spending like drunken sailors." It could be that we're in is this platform war and, after that shakes out, maybe there won't be as much investment in the attempt to become the platform of choice. It wouldn't be the end of the golden age, but it would be less of a golden age than it looks like right now if you don't have drunken sailors spending $6 billion each per year.

“How Digitization Has Created a Golden Age of Music, Movies, Books, and Television” appears in the summer issue of the Journal of Economic Perspectives