How does religious intensity affect development? 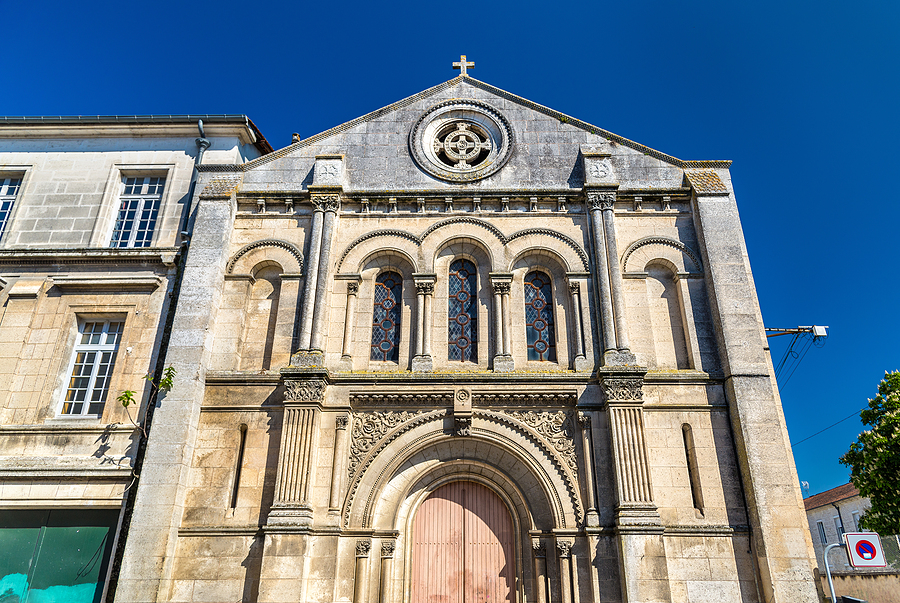 Chapel at Guez-de-Balzac Lyceum in Angouleme.

Religion remains a central part of life to billions of people around the globe.

It guides individual choices around daily routines, diet, civic involvement, and education. And when communities are highly religious, their devotion can even influence economic development, according to a paper in the November issue of the American Economic Review.

Bocconi University economist Mara Squicciarini went back more than a century to empirically examine how the clash between religious doctrine and scientific advances affected development during the Second Industrial Revolution. She says that pockets of France where devotion to Catholicism was most intense also had slower growth in industrial employment at a time when transformative, skill-intensive technologies were taking off.

“Religion undoubtedly plays a very important role in the daily life of people across the world—and it can also impact countries’ economic performance,” Squicciarini said in an email interview with the AEA. “How? One major mechanism is by affecting technological and scientific progress. But how does it happen exactly? And can we quantify this effect?”

The rail industry expanded rapidly and saw the adoption of new sources of power, such as the diesel engine and electric locomotives. Electrification spurred a new era of manufacturing and mass production. The industrial machineries became more complex and sophisticated and they increasingly relied on mechanical skills. Primary schools became an essential component for the formation of this skilled workforce.

But the Catholic Church was resistant to change. It promoted a conservative, antiscientific program that emphasized religious education over the technical curriculum being introduced in secular schools.

This tension was particularly acute in France, which experienced spectacular scientific and economic development.

Nearly everyone in the country identified as Catholic, but there was variation in the intensity of their religiosity. Some communities were more devout than others.

Squicciarini used this variation to examine how devotion to Catholic doctrine affected economic development. Her main measure of this religious intensity was a community’s share of refractory clergy, or those clergy who refused to swear the oath of allegiance to the Civil Constitution following the French Revolution out of loyalty to the Catholic Church.

Using a difference-in-differences approach, she found that more religious territories (known as departments) had significantly lower industrial employment after the Industrial Revolution began. The more sophisticated industrial machinery that was being developed required skills to be operated, installed, and maintained—skills not being taught in Catholic schools.

“Moving” from the tenth to the ninetieth percentile of the share of Catholic schools distribution would decrease the share of industrial employment by 6.2 percentage points. The effects were strongest 10 to 15 years later, when students would be entering the workforce.

Squicciarini examined other possible causes, like differences in government spending, but all signs still pointed toward a school’s adoption of technical curricula.

These same effects didn’t show up in the First Industrial Revolution, which occurred in the late 18th and early 19th centuries. The reason, Squicciarini says, is because worker skills had a limited role in production.

“They were mostly ‘tacit skills,’ still largely transmitted via the master-apprentice relationship,” she said.

Religion is not always bad for economic development, she noted. It’s only when faith gets in the way of acquiring “economically useful” knowledge and makes people resistant to new ideas and innovation that it hinders growth.

And while the context for Squicciarini’s research is more than a century ago, there are important implications for how we think of secularization today. Religious schools need not stand in the way of economic progress unless the values they are instilling hinder scientific progress.

“France was a pioneer in the process of secularization and still represents one of the most exemplary secular states,” Squicciarini said. “Learning how this process took place and which were its consequences can have key implications for today's development patterns.”

“Devotion and Development: Religiosity, Education, and Economic Progress in Nineteenth-Century France” appears in the November issue of the American Economic Review.