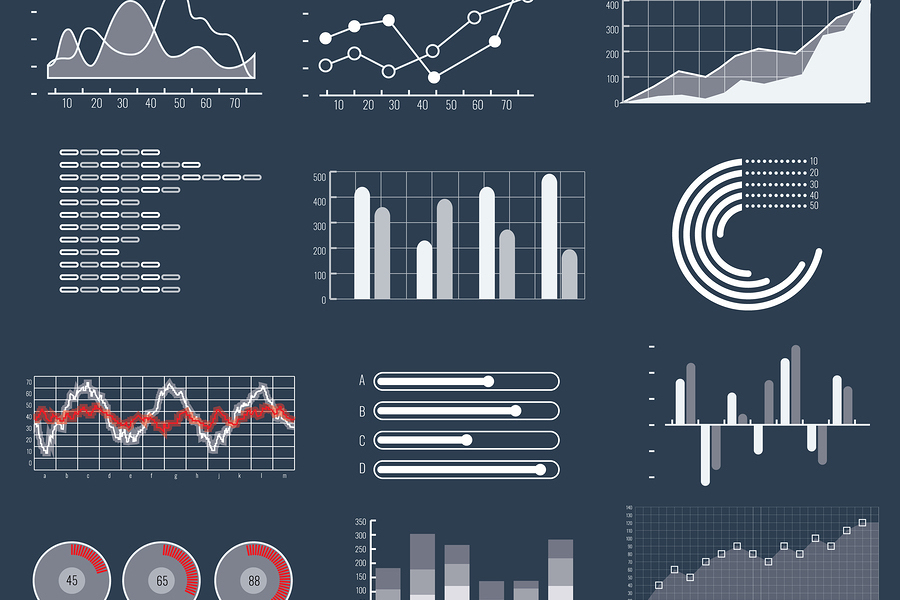 Economists can follow a few basic principles to make their research more accessible.

It can be hard to put research into words — let alone pictures. So in 2014, Jonathan Schwabish wrote “An Economist’s Guide to Visualizing Data.” Four years later, his advice, critiques, and insights into the world of data visualization are still as relevant as ever.

We recently spoke with Schwabish about what economists and other social scientists can do to make their research more accessible, both within academia and more broadly. We also discussed why communication is so important today, his best tips for making charts, and how the field of data visualization continues to evolve.

A transcript edited for length and clarity follows, and you can listen to the interview by clicking on the media player below.

AEA: You wrote a paper in 2014 called "An Economist’s Guide to Visualizing Data." Why did you decide to write about this? What was — or perhaps still is — the problem with economists' data visualizations?

Schwabish: I think your latter point there — still is — is still applicable to the field and probably to the field of social science more generally. At the time I was working on that paper, I was working as an analyst at the Congressional Budget Office here in D.C. A couple years earlier, I had noticed that a lot of the work that we were producing wasn't getting the attention from members of Congress that I had hoped and expected that it would.

And so I started thinking very carefully about our communication efforts and what we were doing or not doing in our reports, in our analysis, and even in our testimony. I started to take a deeper look at our graphics, and I stumbled upon this world of data visualization, which is a field that has been around for a very long time but has kicked up speed over the past few years with the greater access to data, better computers and processing power, and better tools. I discovered a world out there in which people are thinking more carefully about the graphics that they're creating and how they're visually creating and communicating their data and their analysis.

My belief is that we as economists — but really social scientists, scientists in general, people working with data and data-rich content — don't do a great job of thinking about the communication of that work to our audience, be it a reader in a report or a reader on a website or a user of a data tool or interactive. We tend not to think about the user or the reader often enough. If we were to do that, we would probably be better at communicating our analysis. 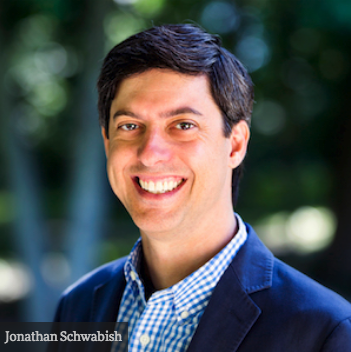 AEA: What are some of the really common problems that you see, or even some of your own particular pet peeves?

Schwabish: I think the one thing that academia still tends to do, and this is across multiple fields, is it tends to be fairly insular and tends to be siloed, and so academic researchers tend to be writing for one another. From my perspective, I really want more people to be able to access that content.

Even when you're writing for a specialist audience or for your colleagues or coworkers, they may not have seen the data before. They may not have seen your approach before. You really do need to think about writing and presenting data as teaching someone content for the first time.

AEA: I'm sure that all of these problems are just compounded outside of the academic arena. But what other problems pop up when you want to write for a more general audience?

Schwabish: When you’re taking an academic approach and writing the technical paper and then you say, “Okay I want to take this 25-page paper, and I want to turn it into an 800-word blog post or even a 3-page brief or a tweet,” that concise type of writing is difficult for a lot of us who have spent our careers thinking about the nuance and the subtlety and the details of the research. But the thing to keep in mind is, for those targeted audiences who are reading the blog post, they’re not particularly interested in the structure of the error term. They want to know what the most important thing is. And so I think the first thing that people need to think about, who are conducting research, who are trying to reach a wider audience, is to try to get to the headline or to the core of the idea.

AEA: How do you balance that desire to come up with something new and visually appealing but also needing to make it easily understandable?

Schwabish: One thing that researchers could do is try to expand their own toolbox — their own toolkit of what graphs they use — and that is one way to try to expand who’s going to be looking at the graphs and to try to engage them in different ways. Part of it is using best practices, avoiding 3D, and using starting graphs at zero for column and bar charts, and the other part is to learn about other graphs types that maybe are not quite standard yet but ultimately will be. As we become more familiar with them, we can use them to show our data in different ways.

AEA: How have your ideas about data visualization changed over time?

Schwabish: The tool space is very interesting in the field of data visualization because of the evolution in the amount of data that we can now get, the types of data we can get, the open data portals that are out there, and the changes in computing power. But it's also interesting to see how the tools are going to react to changes in demand…[such as] the change of moving away a bit from simple interactive charts.

“An Economist’s Guide to Data Visualization” appears in the Winter 2014 issue of the Journal of Economic Perspectives. The music in the audio file is from Podington Bear.

What can economists’ citations tell us about the field?