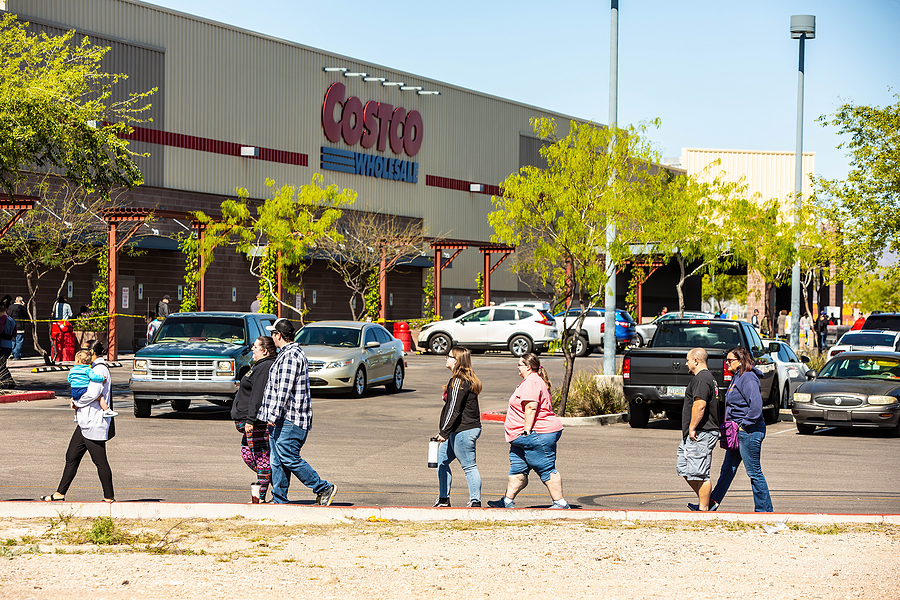 The rise of warehouse stores may explain why consumption inequality has not tracked an expanding income gap.

The gap between rich and poor has widened substantially in the past four decades, reaching a point in America that some consider obscene.

Policymakers have tended to focus on income inequality. But that ignores a potentially more important measure of economic disparity—consumption inequality.

In a paper in the American Economic Journal: Macroeconomics, authors Olivier Coibion, Yuriy Gorodnichenko, and Dmitri Koustas examine expenditures data and shopping trends to get a better understanding of whether consumption in the United States has tracked the widening income gap. They provide a nuanced picture of inequality in America and highlight limitations in how it has traditionally been understood.

“I think this is important for the way economists think about the welfare consequences of inequality,” Koustas said in an interview with the AEA.

Growing income inequality around the world, particularly in the United States, has become a well-established trend. Less clear, however, is whether consumption has followed the same pattern.

The two most common datasets used for studying consumer spending, both part of the Consumer Expenditure Survey, appear to show conflicting patterns.

I think this is important for the way economists think about the welfare consequences of inequality.

The Diary Survey data shows that consumption inequality has been growing in concert with the income gap. But the results of the Interview Survey indicate that spending has remained stable.

Economists have struggled to reconcile the conflicting data. Some have argued that improved financial resources and government support have allowed households to weather sudden losses of income. Others have chalked up the differences to measurement error.

But the authors suspected that something else was going on. Maybe spending was stable, but weekly expenses were declining because consumers were stocking up on certain goods and then not purchasing them again for months at a time.

"One driver or mechanism behind this is the rise of club warehouse stores," Koustas said.

Warehouse stores like Costco or Sam’s Club allow people to buy large quantities of items such as toilet paper, household cleaners, and frozen foods and store them for months. So a biweekly survey could miss that Americans were still consuming those stored bulk items.

Spending trends
The interview survey and diary survey from the CES appear to show different trends. Interview survey data (blue line) reveals little increase in expenditure inequality between 1980 and 2015. In contrast, the diary survey (red line) reveals a pronounced increase in expenditure inequality from 1980 to the early 2000s. 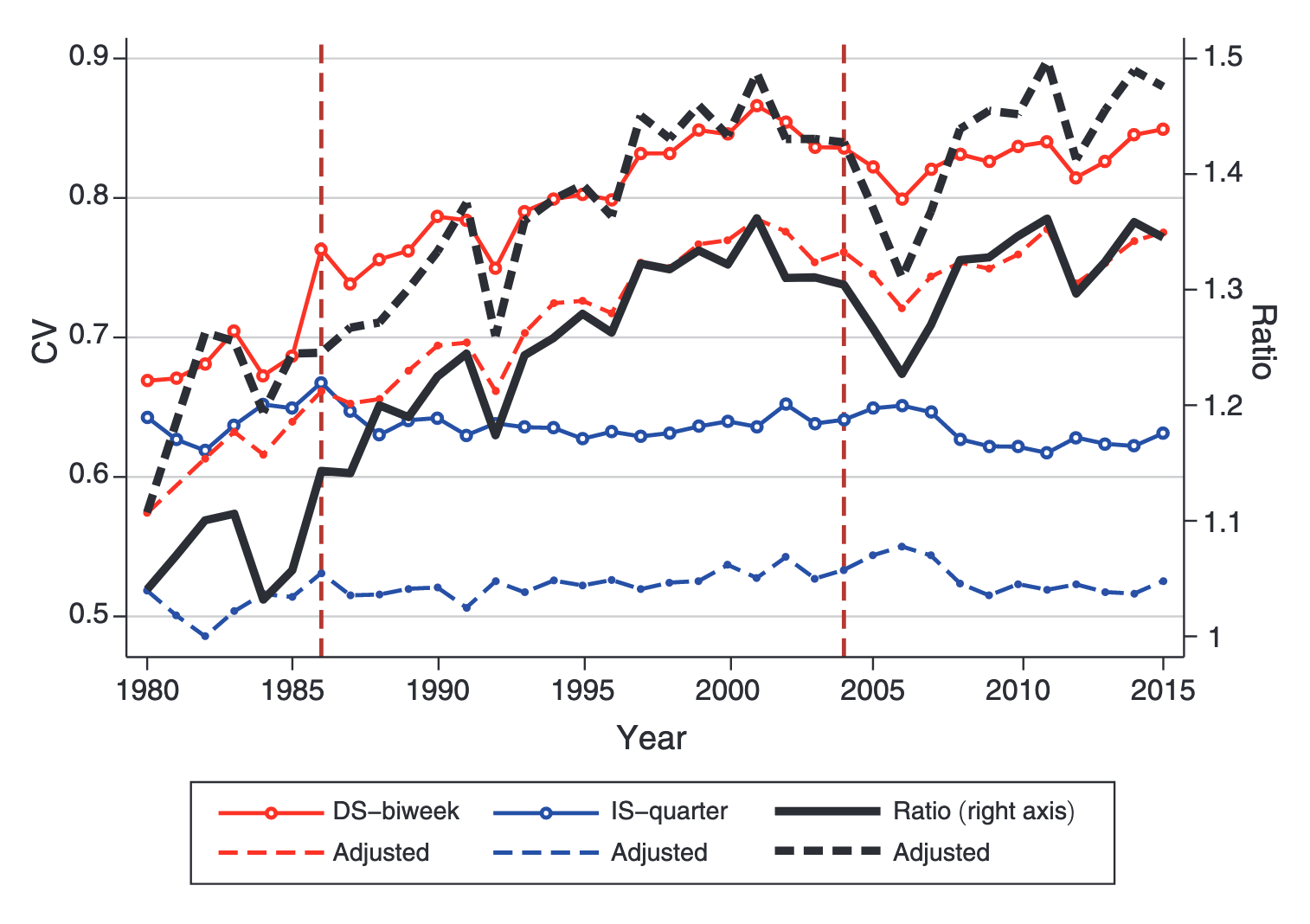 The authors tracked the difference in expenditure inequality across the Diary and Interview Surveys since the 1980s. They then incorporated even more detailed information using Nielsen HomeScan data, which not only tracks spending, but also includes the volume or count of individual goods.

The results show that much of the documentation on growing consumption inequality can be accounted for by changes in the frequency of shopping. The increased prevalence of club and warehouse stores since the early 1980s explains 30 percent of the rise in measured inequality in expenditures.

So how could the income gap be growing while consumption inequality is not? First, Koustas said this study is focusing on nondurable goods and not big-ticket items like cars, education and housing, where there could be larger differences in household spending.  Second, the study focuses on spending outside the top 1 percent of earners, which is where much of popular attention on income and consumption inequality has been.

Also, the authors say that government support and greater access to financial resources may help smooth consumption when there is a loss of income.

This paper offers important considerations for economists who have access to an ever growing number of datasets.

Koustas said it is important for economists to know precisely what they are looking for in the data, especially when looking at data spanning long time periods.

“What are we actually measuring?” Koustas said. “If they’re measures of spending, how do [the data] map onto consumption and what could be the breakdown between spending and actual consumption? Know what you’re measuring.”

“Consumption Inequality and the Frequency of Purchases” appears in the October 2021 issue of the American Economic Journal: Macroeconomics.

Do laws that restrict retailers from pricing items below cost actually harm consumers?