How do shared goals among different social groups impact prejudice? 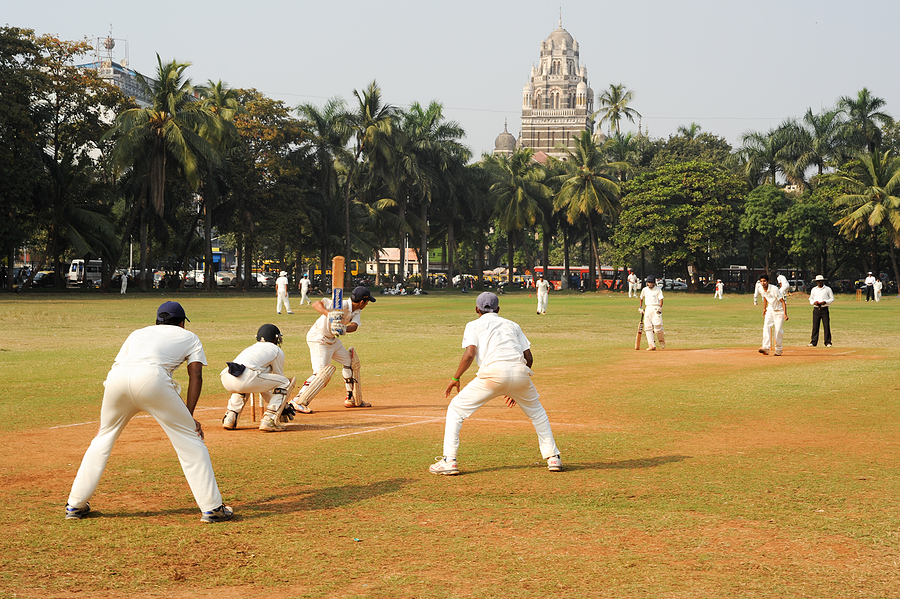 People play cricket in the central park at Mumbai, India.

Despite decades of affirmative action, caste discrimination is still pervasive in India today. Caste members are segregated by marriage, geography, and social networks. Contact between groups can be tense and occasionally lead to violence.

Getting people to work on shared goals may be a way to reduce prejudices between castes, according to a paper in the American Economic Review.

Author Matt Lowe explored how playing in a cricket league influenced the way Indian men from different castes saw each other.

Overall, he found that cricket helped players better understand people from outside of their own group. But more than that, Lowe’s field experiment dug into why and when those interactions were productive.

“It's not just about bringing people into the same room,” Lowe told the AEA in an interview. “It's thinking about how you can make sure people have a stake in the other people, that they all have a shared goal they're working towards.”

It's not just about bringing people into the same room. It's thinking about how you can make sure people have a stake in the other people, that they all have a shared goal they're working towards.

Lowe chose to study cricket in part because it’s so widely played across India and its castes. But also because it offered an ideal setting for testing an old idea called the “contact hypothesis.”

A central claim of the contact hypothesis is that contact reduces prejudice in collaborative settings where integrated groups have common goals, as opposed to adversarial settings where they compete.

Lowe asked 800 rural Indian men to play in eight one-month-long cricket leagues, and assigned another 461 men from the same villages to a control group. The 800 players were randomly assigned to either a homogeneous-caste or a mixed-caste team across the eight leagues.

The results confirmed that shared goals are critical to producing understanding between groups. But to Lowe’s surprise, two other conditions of the contact hypothesis didn’t appear to matter: intergroup cooperation and equal status.

In theory, incentives to work for one’s own goals over the group’s goals should undermine intergroup cooperation and hamper integration. However, monetary incentives for individual performances in the league didn’t appear to undercut the benefits of collaborative contact.

The contact hypothesis also indicates that members need equal status within the group to facilitate positive integration. But even though lower castes were measurably worse at cricket on average and were less likely to be selected as captains—even after controlling for ability—the effects of collaborative contact were similar for upper and lower castes.

Cricket and caste collaboration
The chart below shows the overall effect of each type of contact. The cross-caste behavior index is the mean of several outcomes, such as the number of other-caste friends and a measure of trust between participants—the higher its value, the more willing participants were to interact with other-caste men.

According to Lowe, one possible explanation for the results is that the men updated their beliefs about the cooperativeness of other-caste men. In the adversarial settings, people wrongly attributed the hostile behavior of their outgroup opponents to their caste, rather than to their incentive to win, and as a consequence formed a negative opinion of the other castes. In the collaborative settings, they saw how other-caste men were incentivized to compete, which highlighted their prosocial efforts for the team.

Lowe’s findings show that short-term sports programs can be effective in reducing intergroup differences, and lead to important lessons for policymakers worried about group dynamics in other areas of life.

“There are ways of increasing the amount of collaboration between people, like in the education setting where people could be on small group projects rather than individual projects,” Lowe said. “You can try and make the way that people interact in groups more collaborative by giving them shared goals where they can succeed and fail together.”

“Types of Contact: A Field Experiment on Collaborative and Adversarial Caste Integration” appears in the June 2021 issue of the American Economic Review.