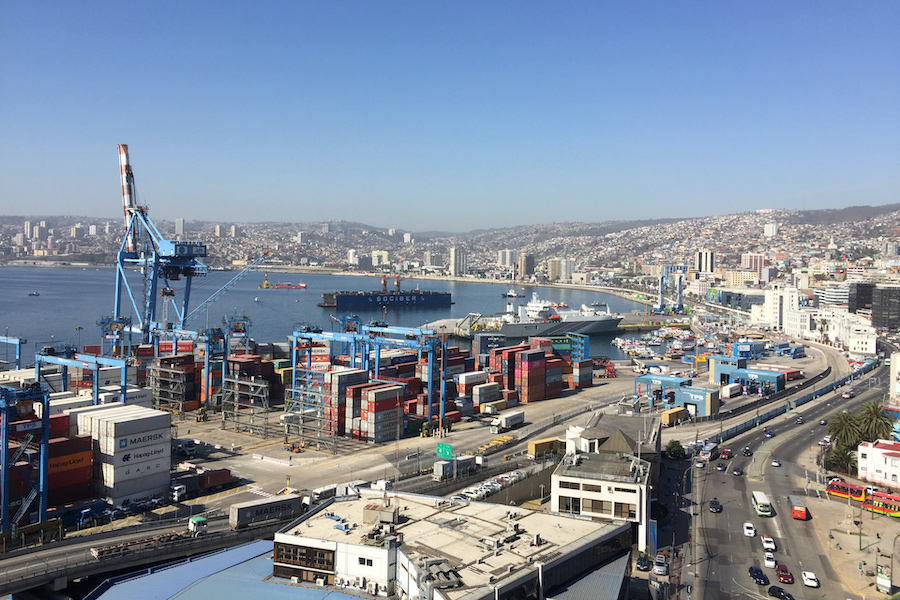 The port in Valparaiso, Chile.

The 1980s were difficult for Latin American economies. Countries in that region were besieged by debt defaults, deep recessions, and banking crises.

When the effects spilled over into advanced economies, policymakers determined that something needed to be done. Ten market-oriented solutions emerged in the late 1980s, which included fiscal discipline, trade liberalization, opening up to foreign direct investment, and privatization. The joint policy recommendations from the US Treasury, the IMF, and the World Bank came to be known as the “Washington Consensus.”

In a paper in the Journal of Economic Perspectives, authors Ilan Goldfajn, Lorenza Martínez, and Rodrigo O. Valdés explore how Latin American countries responded to the Washington Consensus policies. They focused on a few case studies—Brazil, Mexico, and Chile—and found significant variation in implementation and performance. 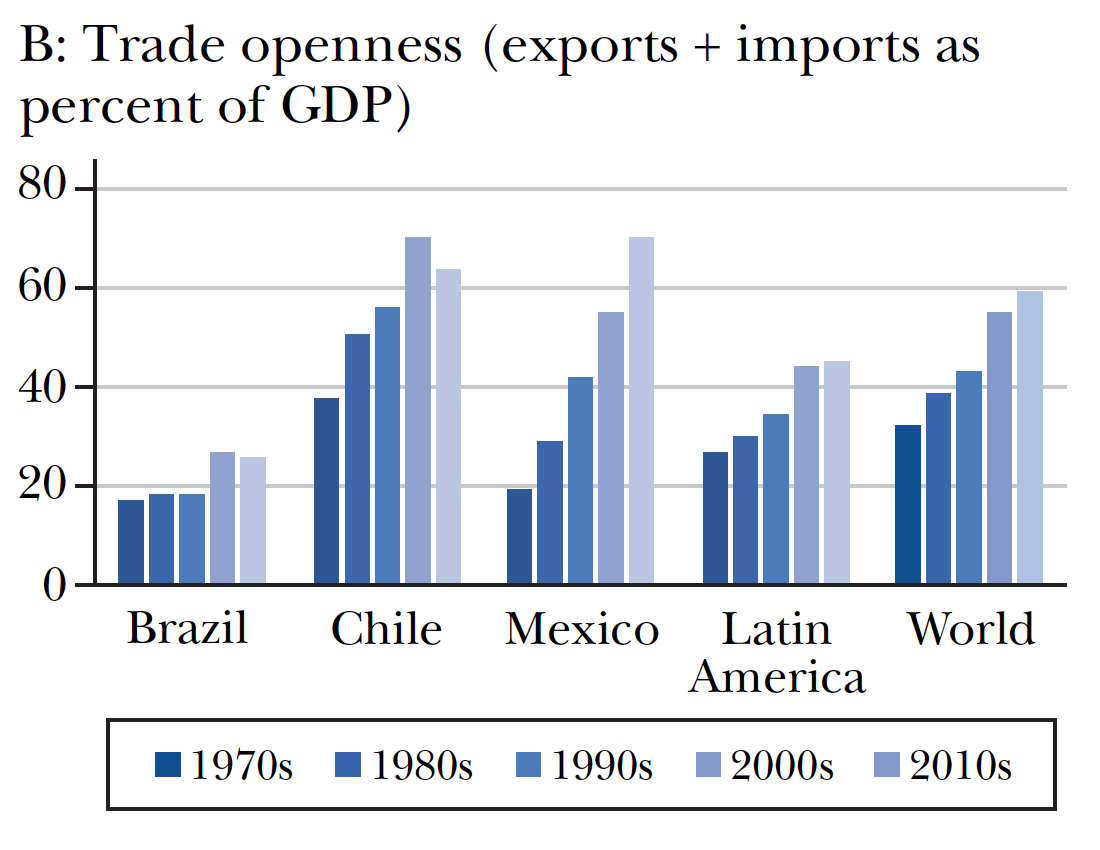 Panel B of figure 1 from the paper compares how the three countries performed relative to the broader region and world on liberalizing trade policy. The blue bars represent import–export activity as a share of GDP for each decade since the 1970s. Policymakers encouraged Latin American economies to embrace an open-economy strategy by lowering tariffs. Overall, Latin American countries largely followed suit. Chile and Mexico cut tariffs and signed free trade agreements with crucial partners, and both countries experienced sustained gains well into the 2000s. By contrast, Brazil maintained a largely protectionist stance—cutting tariffs, but keeping key import barriers in place—and has had little growth in import–export activity since the 1980s. As a region, Latin America has made steady progress in trade openness, but remains behind the rest of the world.

The authors go on to say that Latin American economies have become significantly more stable since the 1980s, but that their economic performance has been disappointing compared to other emerging economies. They also note that it is debatable whether Washington Consensus principles alone drove that progress.

“Washington Consensus in Latin America: From Raw Model to Straw Man” appears in the Summer 2021 issue of the Journal of Economic Perspectives.