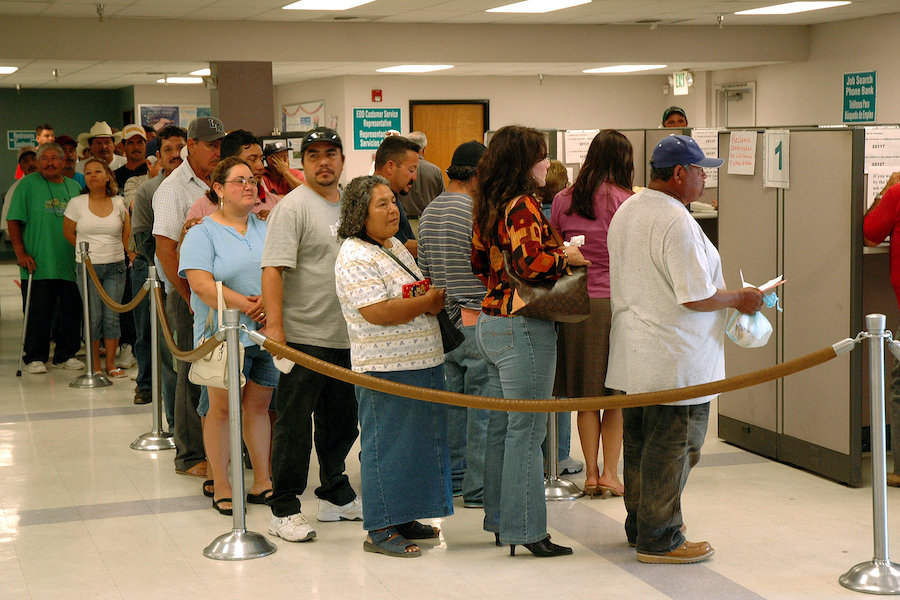 People lined up at the state Unemployment Development Department offices in California.

Economists historically have put a lot of stock in people being rational, far-sighted decision makers. But that view has slowly eroded as highly detailed datasets are revealing the puzzling choices we sometimes make.

A paper in the July issue of The American Economic Review adds to the research documenting such “irrational” behavior and goes further by showing how it can inform policymakers.

Authors Peter Ganong and Pascal Noel focus on how people spend their income after losing their jobs, and then their unemployment benefits.

The researchers collected banking data on 182,000 households that received unemployment insurance checks and had an account with JPMorgan Chase between January 2014 and June 2016. The unique dataset allowed the researchers to analyze household purchases and borrowing month-to-month—a much higher frequency than previous studies.

Figure 2 from their paper shows what happened to household incomes and spending for those who faced a long-term unemployment spell. 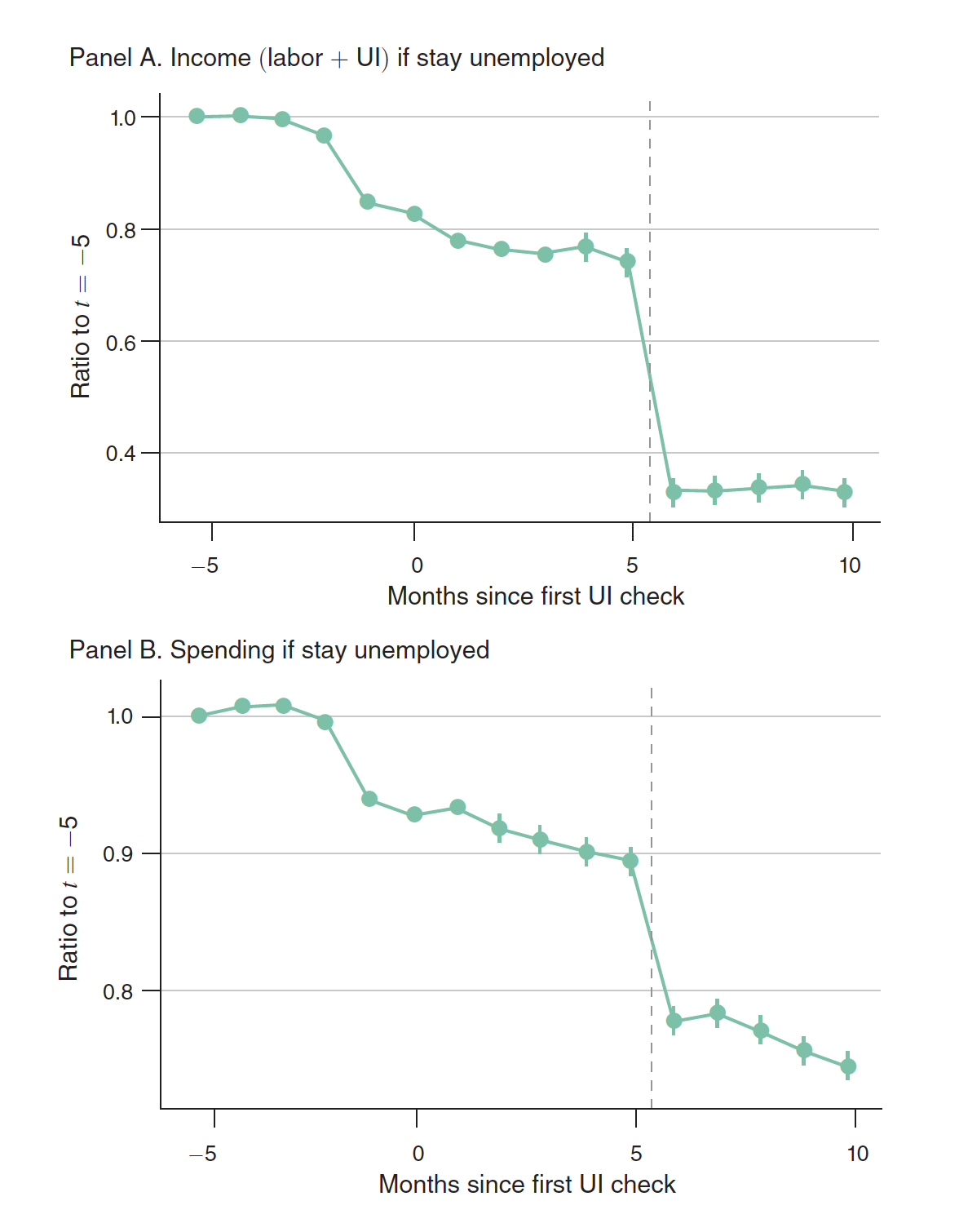 The x-axis indicates the months since a recipient’s first UI check. In Panel A, the y-axis is the average household income from working and UI. In Panel B, it’s the average spending each month. (Both panels have been normalized by income and spending, respectively, five months prior to their first UI check.) The dashed vertical line marks the last month of unemployment benefits.

There are two prominent drops in both panels: a month before getting UI checks and right after they end.

The first drop isn’t at odds with standard economic theory—there’s not much households can do about unanticipated job loss—but the second drop is.

Recipients should save a large portion of their UI so they can avoid a fall in consumption, but the data show that they don’t. Spending on everything from groceries to prescriptions drops sharply after unemployment runs out.

The simplest explanation for the drop is that some households think short term with their spending decisions, focusing on what they want to buy now instead of what they'll need in a month. And while there could be other reasons, the researchers show that the data doesn't support models that assume people are forward-looking and completely rational.

The results strongly suggest that policymakers should focus on extending UI benefits instead of boosting the size of checks. And if myopic behavior is widespread, other programs could benefit from the authors’ insights too.

Using de-identified bank account data, we show that spending drops sharply at the large and predictable decrease in income arising from the exhaustion...