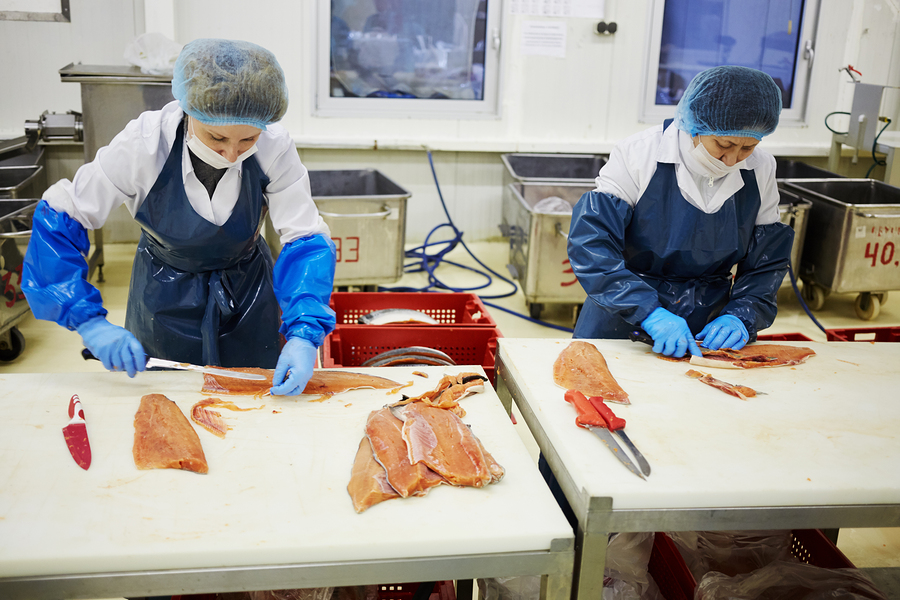 Workers fillet fish in a seafood-processing plant, similar to the Vietnamese factory in the experiment.

Do good work-friends make people more productive, or do they tempt them to goof off and waste time? It’s not clear. And economists aren’t certain either.

But Sangyoon Park’s paper in the July issue of the American Economic Journal: Applied Economics takes a step toward quantifying how much peers influence each other’s work habits.

Park ran a field experiment at a large seafood-processing plant in Vietnam, where employees worked in close quarters gutting and filleting fish.

Workers were free to choose their neighbors before the experiment. During it, they were randomly assigned to work tables.

Figure 3 from his paper shows how productivity at the plant was affected when fewer workers were paired with friends. 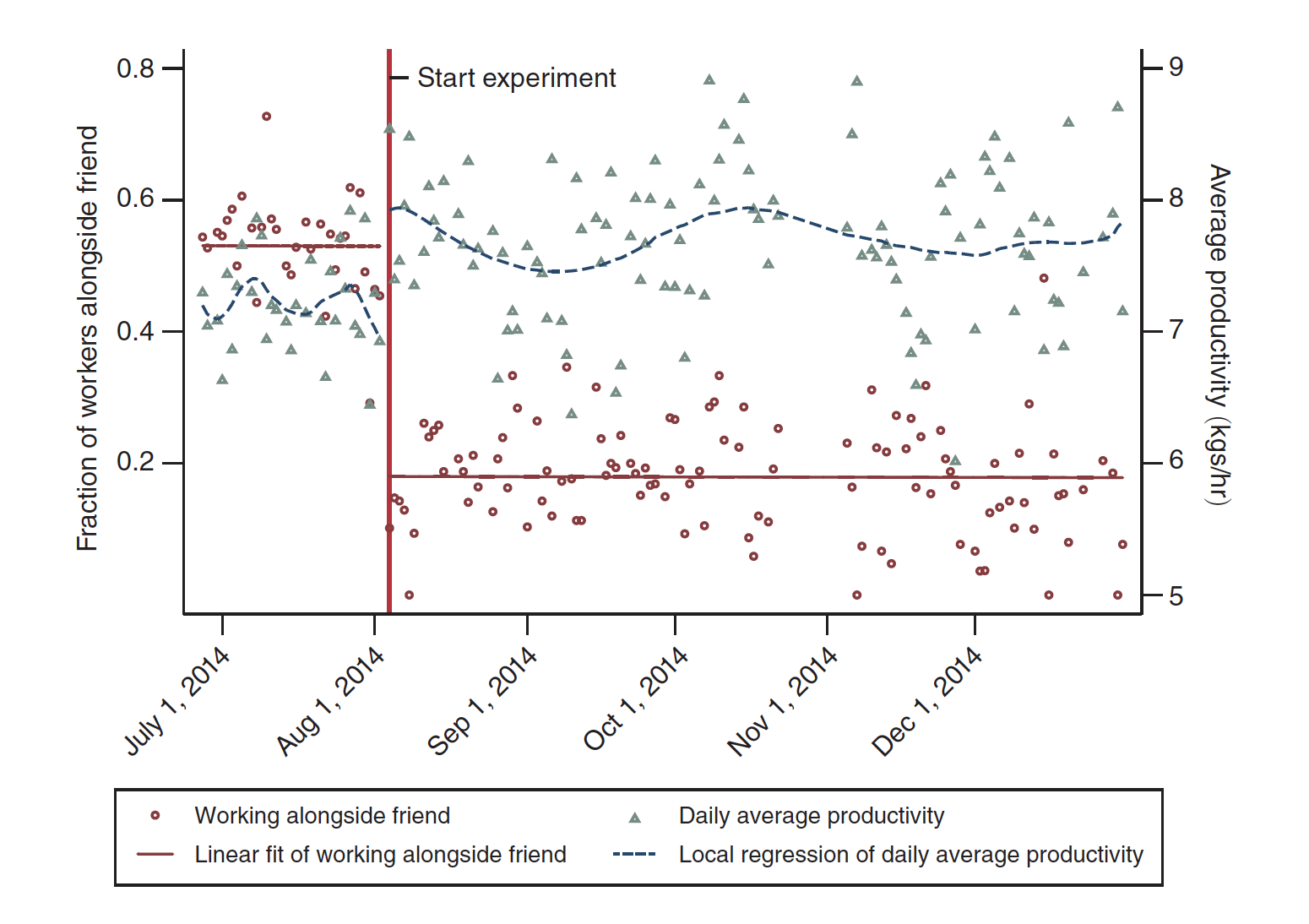 The red circles indicate the share of employees working alongside a friend each day (left axis). The blue triangles represent the average productivity—kilograms of filleted fish per hour—at the plant each day (right axis).

Before the experiment started, the average worker produced about 7 kilograms of fillet per hour and worked alongside a friend about half of the time. During the intervention, this dropped to a fifth of the time and productivity jumped by roughly 10 percent, as evidenced by the upward shift in the dashed blue line.

Friends only slowed each other down when they were immediately adjacent to each other at work tables, which suggests that chitchat and gossip were behind the lower productivity. Overall, Park found that workers were willing to forego more than 4 percent of their wages to work alongside a friend.

The results could be highly sensitive to the type of job—work that requires sharing information may benefit from more socializing for instance—but they show that social arrangements are an important consideration for businesses.

Socializing at Work: Evidence from a Field Experiment with Manufacturing Workers

Through a field experiment at a seafood-processing plant, I examine how working alongside friends affects employee productivity and how this effect is...