Inequality in the "Middle Kingdom" 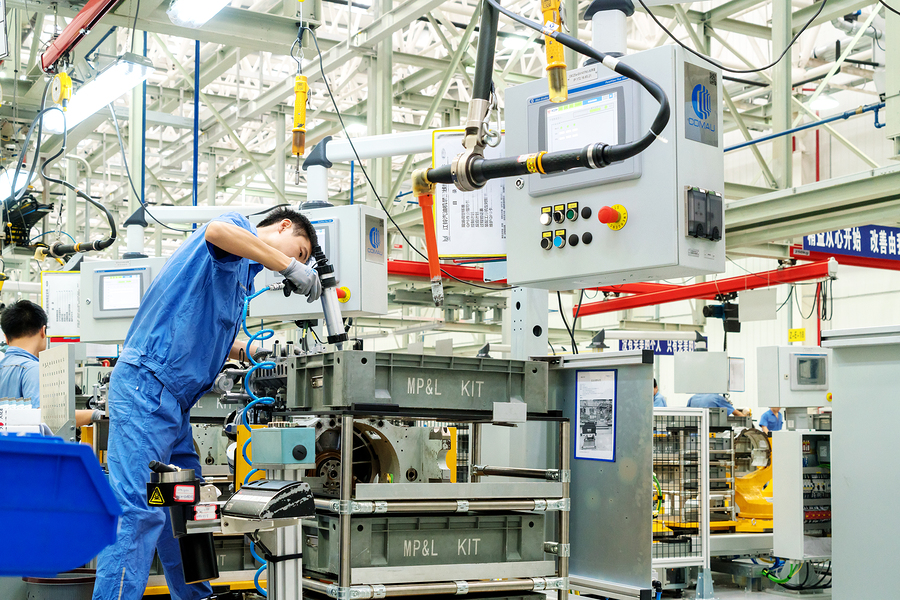 China has vaulted from a poor underdeveloped nation to the world’s second largest economy in a matter of decades.

But this immense expansion of wealth has not been shared equally among its own citizens.

In the July issue of The American Economic Review, authors Thomas Piketty, Li Yang, and Gabriel Zucman used national accounts, surveys, and tax data to study the distribution of income and wealth in China between 1978 and 2015. They find that inequality in China is now approaching US levels. 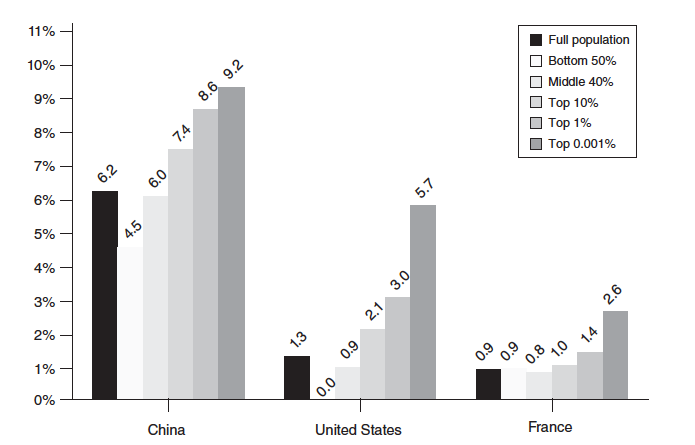 The figure above compares the distribution of income growth in China, the United States, and France over the period studied. In both China and the US, growth accruing to the bottom-50 percent (represented by the lightest grey bar) has been smaller than growth overall. Meanwhile, the top-10 percent in each country have gained an outsized share, even more so for the richest of the rich.

The key difference between China and the US is in how the bottom-50 percent has shared in the gains. In China, average income for the bottom-50 percent grew five times over in real terms over nearly four decades. By contrast, income growth for that group in the US dropped 1 percent. That poorer Chinese households have had large improvements in their standing (albeit less than rich Chinese households) has perhaps made inequality more acceptable, the authors said.

The authors said that their findings illustrate why looking at macroeconomic growth is not enough: it is critical to break it down and analyze who is benefiting and who is not.

We combine national accounts, surveys, and new tax data to study the accumulation and distribution of income and wealth in China from 1978 to 2015. Th...