Can policing be reformed? 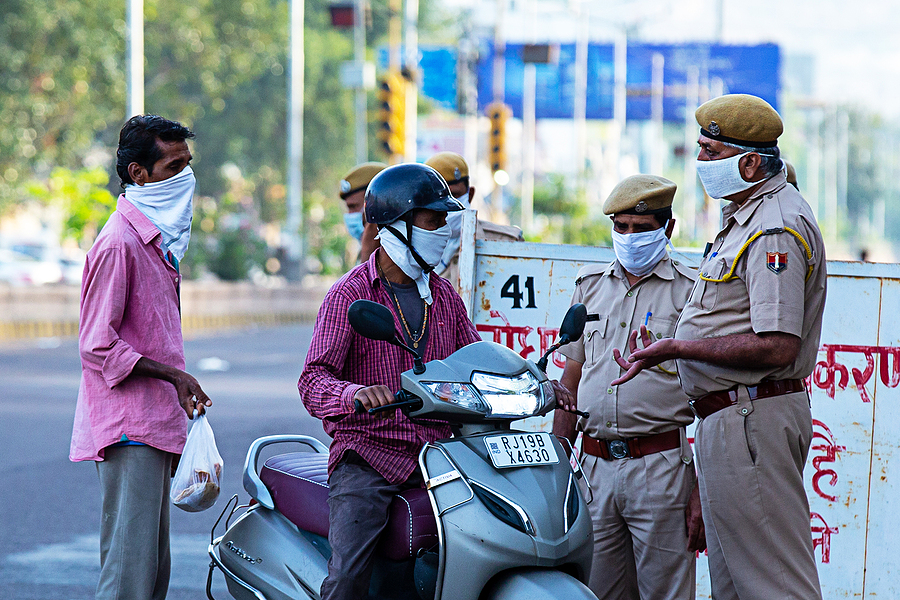 High profile incidents of police violence have raised serious questions about how to reform law enforcement, or even whether such a thing is possible. Some have argued that what’s needed is better officer training and oversight. Others say policing is a broken institution that must be entirely dismantled.

A paper in the American Economic Journal: Economic Policy offers evidence that relatively modest interventions can improve officer behavior. Authors Abhijit Banerjee, Raghabendra Chattopadhyay, Esther Duflo, Daniel Keniston, and Nina Singh designed five field experiments aimed at improving police interactions with the community in Rajasthan, India. Not all of them worked, but a couple of them—officer training and “decoy” visits from surveyors pretending to be crime victims—led to meaningful improvements in how seriously police took complaints from the community. 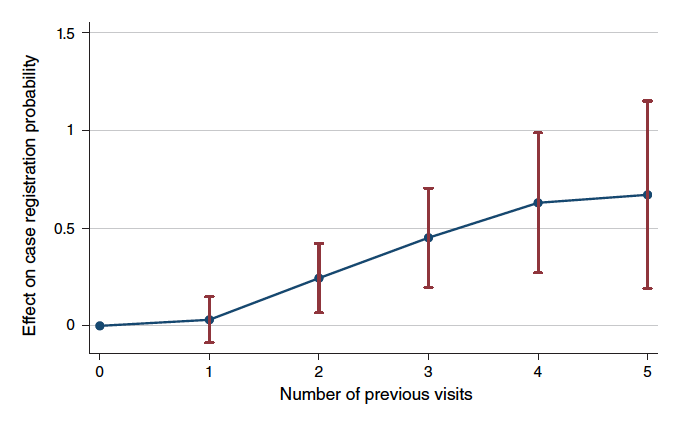 The decoy intervention was actually something of a serendipitous discovery. Originally, the researchers intended to send surveyors posing as crime victims into police stations as a way to check the effects of the other interventions. They would visit a precinct to file an imaginary complaint, make notes about how they were treated, then disclose to the officer their real purpose in order to avoid filing a false complaint. But the researchers soon learned that the decoys themselves appeared to have a substantial impact on police behavior. As word spread around the police station about these undercover operators, officers developed a sense that they were being watched and stepped up their service to crime victims.

The figure above shows how police responded to the decoys posing as crime victims. Each visit from a decoy (plotted along the x-axis) resulted in a 22 percent increase in the probability that a subsequent complaint would be registered. By the time an office received a visit, the registration rate was close to 75 percent. Police officers also treated victims more politely, according to the authors.

Interestingly, the interventions that failed to work—such as shifting around officer schedules or allowing community volunteers to observe police while they worked—were partly based on the recommendations of various police reform commissions. The findings contradict views that managers are in the best position to create and implement solutions to organizational problems. The research also shows that it’s possible to change police behavior fairly quickly using simple and affordable interventions that don’t involve massive changes in management.

Management matters for firms, but what practices are optimal in hierarchical government organizations? And can skilled managers identify them? A large...